Afghans fear gains made since Taliban’s 2001 ouster could be lost as peace deal progresses, US leaves 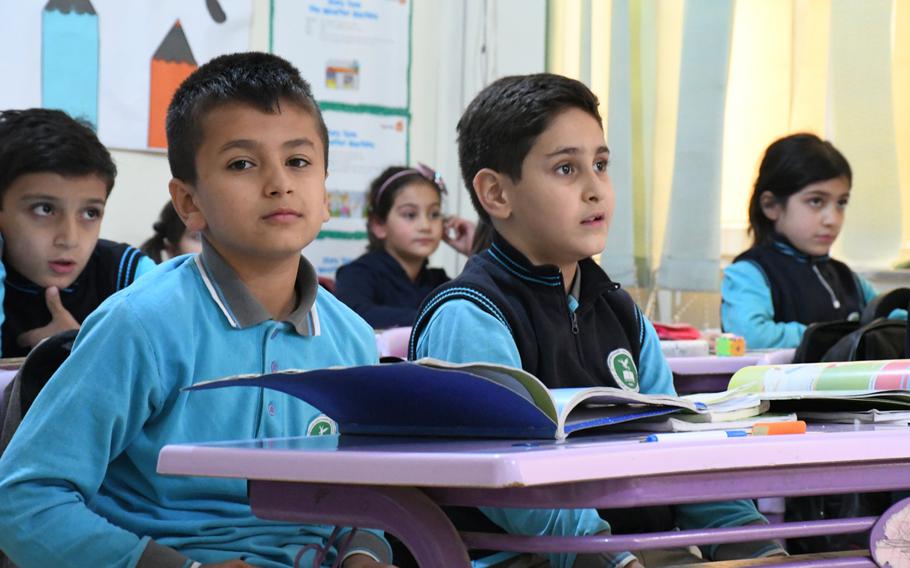 Buy Photo
Afghan boys and girls sit together in a classroom at a mixed-gender school in Kabul in October 2019. Improvements in education, including giving girls access to an education, have been seen across the county since U.S.-led forces invaded in 2001 and ousted the Taliban. (Phillip Walter Wellman/Stars and Stripes )

Buy Photo
Afghan boys and girls sit together in a classroom at a mixed-gender school in Kabul in October 2019. Improvements in education, including giving girls access to an education, have been seen across the county since U.S.-led forces invaded in 2001 and ousted the Taliban. (Phillip Walter Wellman/Stars and Stripes ) 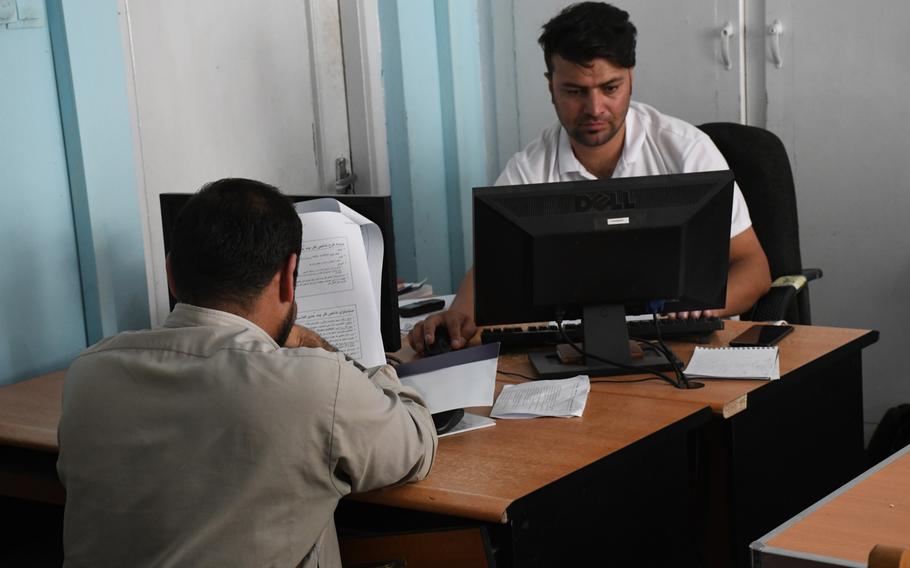 Buy Photo
Female staff at Blossom Health Care Center in Kabul examine scans on Aug. 24, 2019. Blossom is one of numerous healthcare facilities that opened in Afghanistan following the U.S.-led invasion in 2001. (Phillip Walter Wellman/Stars and Stripes )

KABUL, Afghanistan — As Washington and the Taliban move toward a deal to end the 18-year war in Afghanistan, many in the country fear that gains made since the Taliban was ousted in 2001 could be reversed.

The country may be war-weary and its economy in tatters, but journalists in today’s Afghanistan can report without censorship, women and girls have the right to an education, and remote provinces have access to healthcare.

A senior U.S. official said Friday that the United States and the Taliban have reached a truce agreement that will take effect “very soon” and could lead to withdrawals of American troops from Afghanistan, The Associated Press reported.

The agreement for a seven-day “reduction in violence” would be followed by the start of all-Afghan peace talks within 10 days, said the official, who was not authorized to publicly discuss the matter and spoke on the condition of anonymity.

Some Afghans fear the Taliban may try to reverse hard-fought gains during negotiations with the government, and that they’ll be emboldened by the exit of foreign forces.

“The Afghan media community believe the first sector that will suffer from this deal, if it’s not managed correctly, will be the media,” said Danish Karokhel, editor-in-chief of Afghanistan’s Pajwok news agency.

When the Taliban were in power from 1996 to 2001, Afghans “would go all day without knowing what was going on in Afghanistan or the world,” said Karokhel.

Today, about 20 newspapers, 20 news agencies, 100 TV channels and 250 radio stations operate in the country, and it placed first in a 2018 survey of quality access to information laws by the Halifax-based Center for Law and Democracy.

But at a meeting with media representatives last year, the Taliban declined to provide assurances that they were committed to a free media.

It’s also unclear whether the Taliban would try to roll back freedoms women have gained since 2001. The insurgent group acknowledged in a statement last February that women have rights under Islam to an education, to run a business and choose a husband, but they have also criticized “so-called women’s right activists” for leading women astray.

While many Afghan women remain oppressed in the ultra-conservative society, greater rights for women have been one of the most visible positive developments since the Taliban were forced from power by the U.S.-led coalition.

Nearly 30% of parliament is female, and Kabul recently appointed its first female ambassador to Washington.

The Taliban’s vague demand that women’s rights must fall within the “framework of Islamic values” has worried some like Shahla Farid, a female lecturer at Kabul University, who said it would be particularly upsetting to see advances in girls' education erased.

When U.S.-led forces ousted the Taliban in 2001, fewer than 900,000 Afghan children were in school, and all of them were boys. Today, over 9 million children attend school, including over 3.5 million girls. The number of university students has increased 30-fold.

“Education in Afghanistan has improved a lot,” Farid said. “But there is still a lot to be done.”

Advances in health care could also be threatened if the Taliban and the Kabul government cannot reach an accord, especially if unrest continues, medical experts have said.

“The progress that we’ve made in healthcare ... has been one of the best things that we’ve seen in the country,” said Mansoor Mullahkhel, the director general of Blossom Health Care Center in Kabul.

Even remote provinces now have access to doctors and equipment, but many medical professionals are considering leaving the country if coalition forces are withdrawn, he said.

“They are doing this agreement for peace,” he said, “but the experience that we have from the past scares us.”