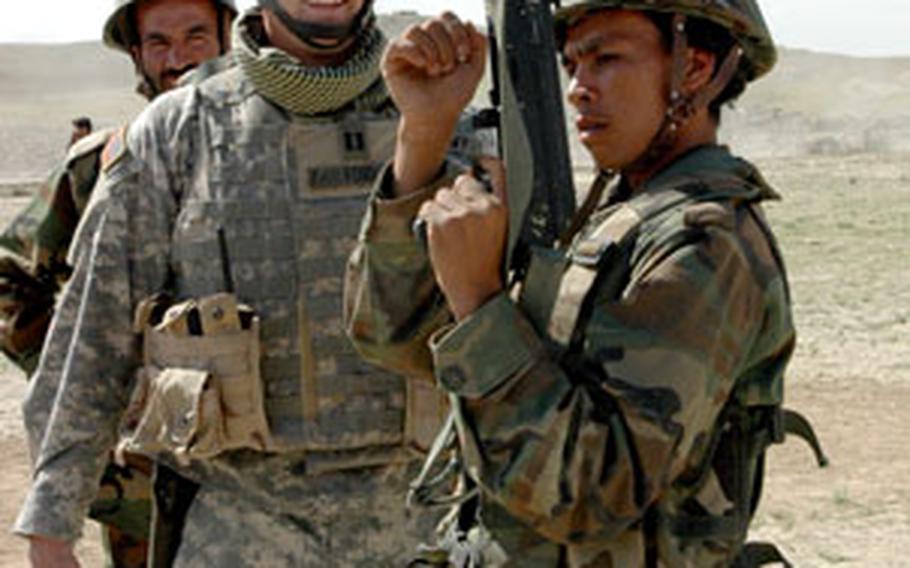 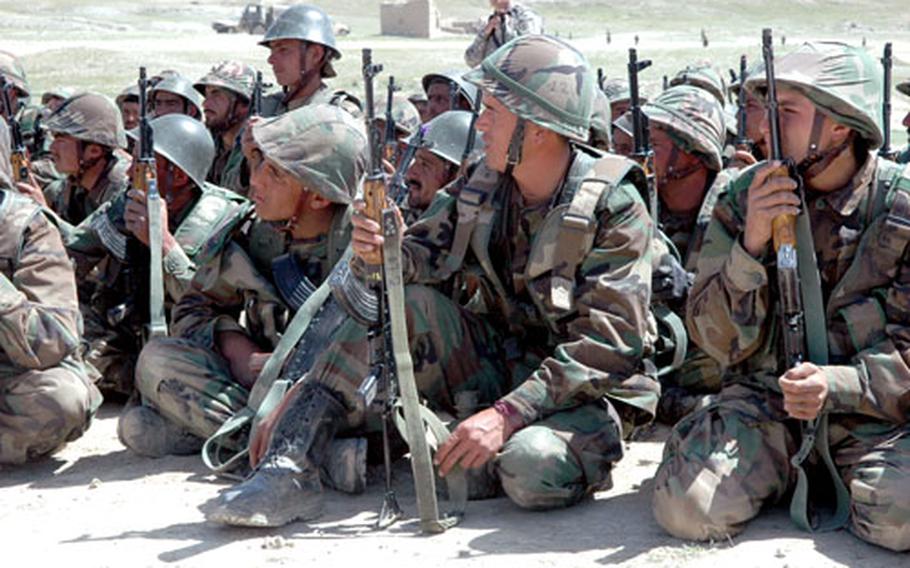 KABUL, Afghanistan &#8212; Basic training for Afghanistan&#8217;s four-year-old military is steadily but slowly improving, say American and Afghan leaders who are training legions of young recruits in the nation&#8217;s nascent military.

American and Afghan officials say that recruits&#8217; technical skills &#8212; and their attitudes and mentality toward training &#8212; have measurably improved under the oversight of Training Assistance Group 4, a U.S. Army reserve unit from Nebraska.

Capt. Robert Ford, also a member of the training group, said that the shift has had tangible results. For example, new teaching methods have lifted marksmanship scores from 72 percent to over 98 percent.

Afghan National Army trainer Maj. Khalil, who, like many Afghans, only has one name, said the instruction has improved in his four years at the center.

He said that American leadership has been integral to success in the six-week basic training course.

However, both sets of trainers say that hurdles remain. Among them: funding from the Afghan government, logistical issues, language and cultural barriers, and a lack of education among the ranks of 18- to 27-year-old recruits.

When asked if he could change one thing that would make training more productive, he was quick to answer.

He said he considers a lack of education the single biggest impediment to the creation of a successful army.

However, he noted, there&#8217;s no lack of enthusiasm among the ranks of aspiring soldiers.