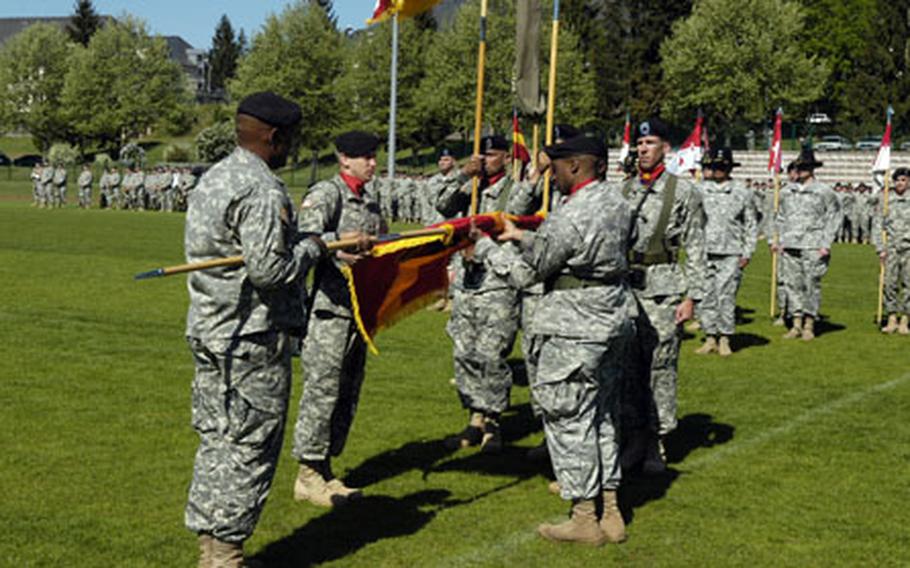 Members of 1st Armored Division Artillery wrap their colors for the final time during an inactivation ceremony in Baumholder, Germany. (John Vandiver / S&S)

Members of 1st Armored Division Artillery wrap their colors for the final time during an inactivation ceremony in Baumholder, Germany. (John Vandiver / S&S) 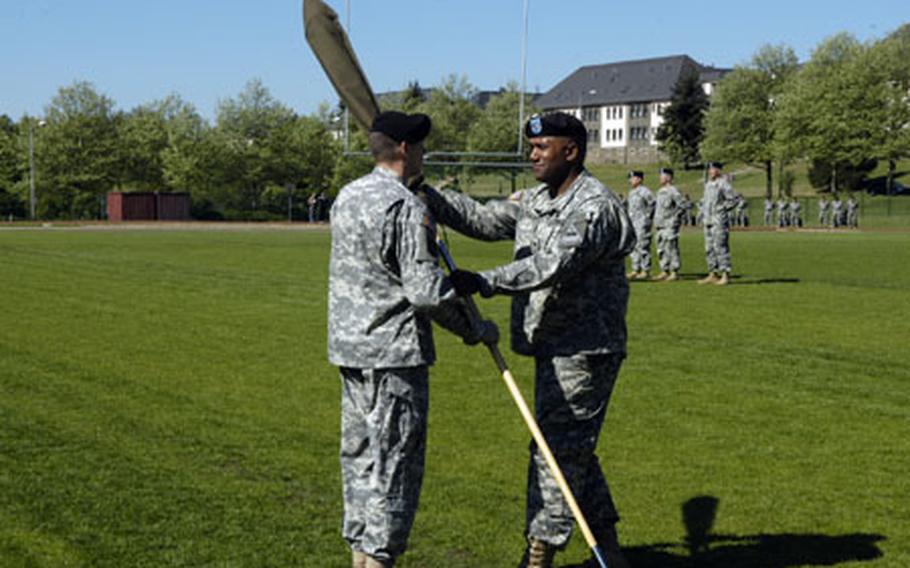 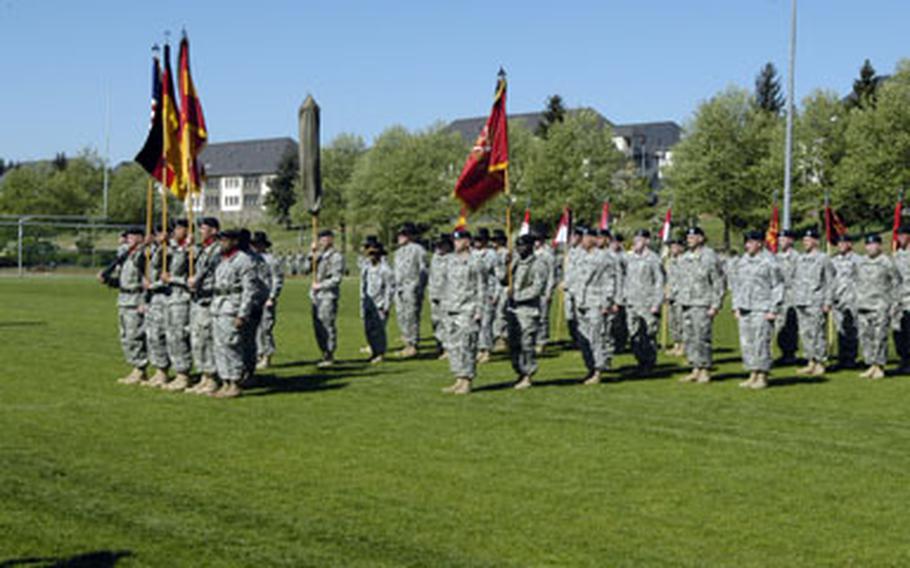 Members of 1st Armored Division Artillery prepare to march off together for the final time in Baumholder, Germany. The division was inactivated Tuesday as part of the military&#39;s ongoing plan for transformation. (John Vandiver / S&S)

BAMBERG, Germany &#8212; In its last official function before deployment, the 4th Battalion, 319th Airborne Field Artillery Regiment cased its colors in a ceremony Thursday at Summerall Field on Warner Barracks.

Just 11 months old, the colors soon will be unfurled again in Afghanistan when the battalion and the rest of the 173rd Airborne Brigade takes over for the 10th Mountain Division at the beginning of a 15-month tour.

After combining one battery of field artillerymen from the 173rd and what used to be 1st Battalion, 33rd Field Artillery Regiment, 4-319 &#8220;King of the Herd,&#8221; was born in June 2006 and has covered a lot of ground in less than a year. Previously working with Multiple Launch Rocket Systems, many of the previous 1-33 soldiers had to be retrained to use the lighter, more mobile equipment the newer unit uses.

&#8220;Never once have our young leaders let us down,&#8221; Lt. Col. Stephen Maranian, battalion commander, said after the ceremony. He attributed all the success in training and preparing for deployment to his sergeants, staff sergeants and lieutenants.

Up until two months ago, the battalion thought it was deploying to Iraq and, up until a few weeks ago, for only 12 months.

And although the venue and length have changed, Maranian said that soldiers and families within the battalion have been supportive and flexible.

Having returned from Afghanistan 15 months ago, the 173rd is returning to the same location, but with different objectives, Maranian said. Much progress has been made within the country and its security forces since last they were there.

&#8220;We&#8217;re going to do things in an Afghan way,&#8221; Maranian added, stressing that partnership and cooperation with Afghan security forces will be the focus of their deployment.

&#8220;Afghans have no better friend, and the Taliban no greater enemy, than the paratroopers on this field today,&#8221; Maranian said.