Afghan villages ask for more than U.S. troops can deliver 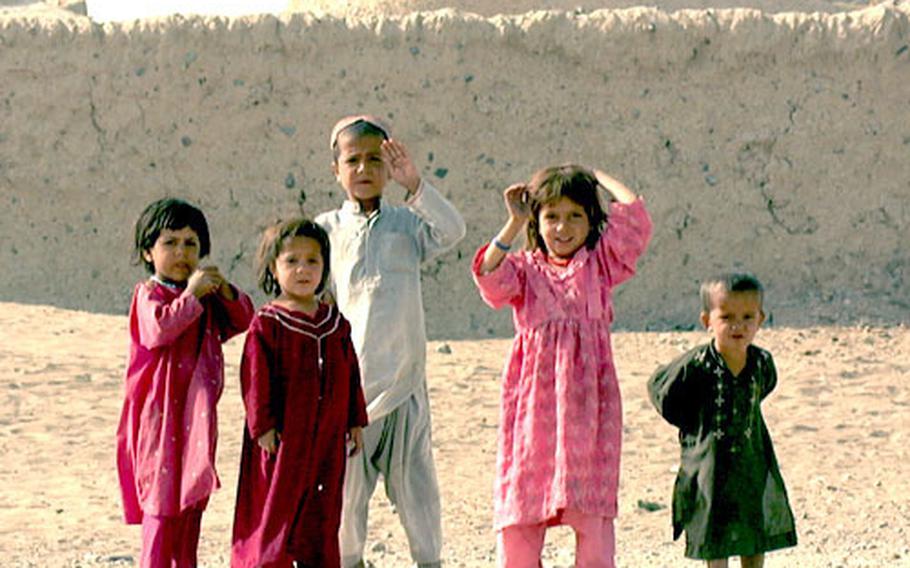 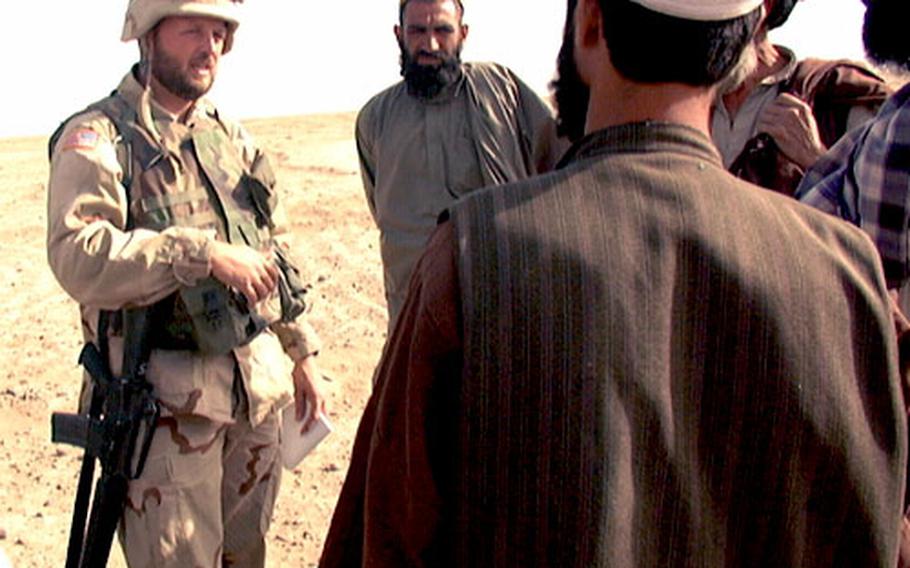 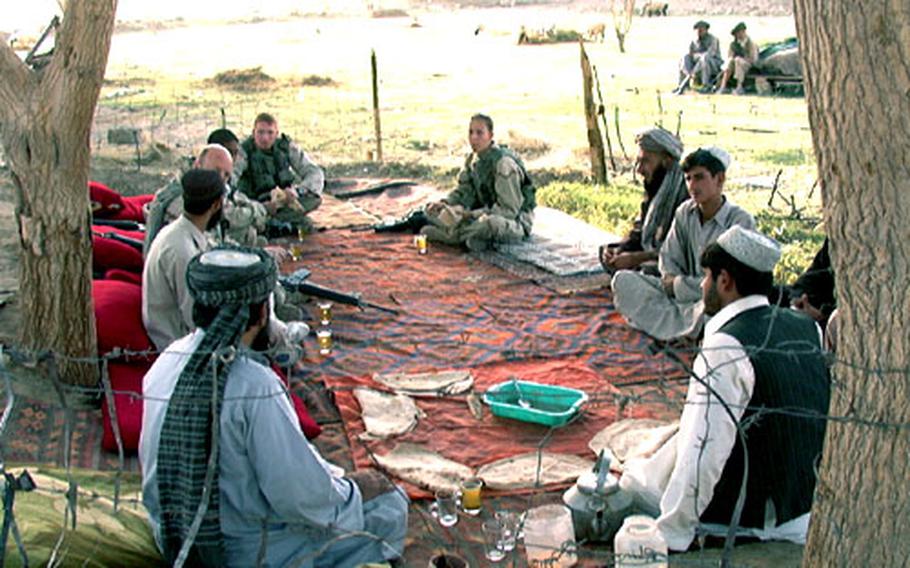 Members of the 486th Civil Affairs Battalion and 308th Tactical Psychological Operations Company meet Monday with villagers in Abdul Hakim Jan Kalay. The soldiers met with the village leader and others to see how they could assist the village. (Rick Emert / S&S)

KANDAHAR, Afghanistan &#8212; The convoy can be seen coming from miles away across the flat, sandy, arid land of Kandahar. The four Humvees churn up monstrous clouds of dust that were picked up and carried off by the wind that sweeps the plains.

Before the vehicles carrying the psychological operations and civil affairs teams and their military police escorts can park, children are outside the mud brick walls of the village, jumping excitedly and waving as if Santa himself had just parked his sleigh. Immediately they begin begging for pens, chocolate, even the GIs&#8217; watches.

But the youngsters aren&#8217;t picky and are perfectly happy to settle for mine awareness posters, stickers and any other trinkets the soldiers will part with.

At the village of Abdul Hakim Jan Kalay, Monday was a typical day. While most of the children remain outside the village walls being entertained by the MP security team, the civil affairs and psychological operations teams meet with the village leader, Hakim Jan.

The meeting place is a patch of rugs laid neatly in the shade. The soldiers and villagers eat flat bread and sip green tea as they discuss the village&#8217;s problems.

Staff Sgt. James Vestal, a team leader with the 486th Civil Affairs Battalion from Kandahar Airfield, asks Jan about the school, whether the villagers have found any unexploded ordnance, and if there have been any visitors in the area causing problems.

Through a translator, Jan says the village still needs help with many things.

After about one hour of polite, friendly, but seemingly frustrating discussion, the concerns boil down to one major thing: The village needs a water well. All Vestal can tell them is to coordinate through a nonprofit government organization for assistance.

The problem is that Abdul Hakim Jan Kalay is not the only village that needs a new well. In fact, most all of the 80 villages in the area do.

Prior to leaving, the psychological operations team hands out transistor radios that are solar-powered or can be wound up and don&#8217;t require batteries. They hope the villagers will use them to listen to government-sponsored news broadcasts.

Then, it is on to the next village. Although the teams go out every day, they hit each of the villages in the area about once a month, says Spc. Janei Worley, of the 308th Tactical Psychological Operations Company based in Kandahar.

As if the situation weren&#8217;t bad enough, Worley&#8217;s Humvee suffered a flat tire. With no spare, the team had to keep driving on the bad tire, with chunks of the tread flying off the vehicle.

The convoy has better luck Monday. After about a 30-minute drive on sandy roads, it pulls into Mir Afdzai Kalay, where, no surprise, the village needs a new well.

Since the villagers inside can&#8217;t be interrupted from their work, the village leader, Mir Afdzai, and a few others come outside to greet the soldiers.

Afdzai doesn&#8217;t like the answer he gets about his well, and asks if Vestal could work with the NGO to get his village its well.

As he did in Abdul Hakim Jan Kalay, Vestal takes notes about Afdzai&#8217;s concerns for a report. He or another team leader would be back in about a month to check on the status.

When it was time to leave Mir Afdzai Kalay, Worley passes out more transistor radios. This visit, like so many others, doesn&#8217;t seem to have resolved anything.

The village still won&#8217;t have a well, and the soldiers leave feeling as though their efforts aren&#8217;t appreciated