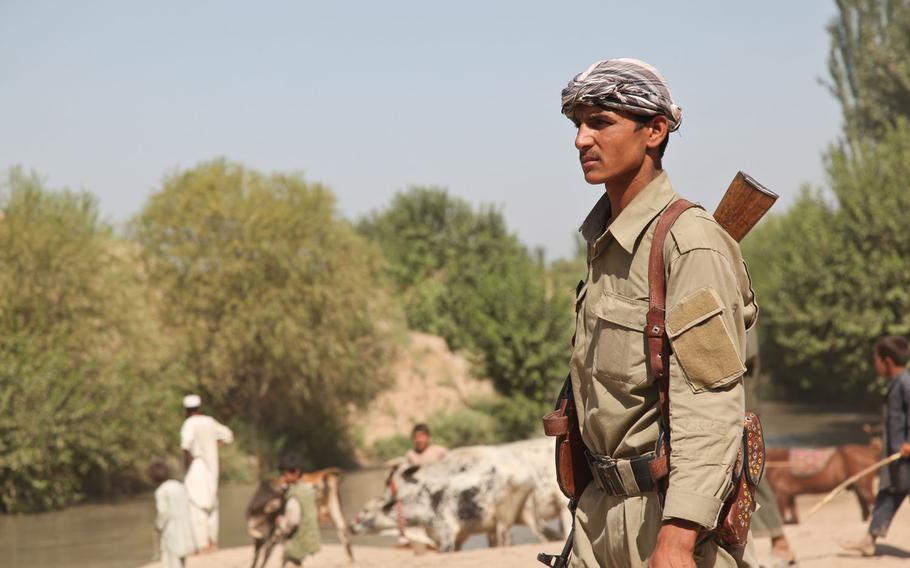 KABUL, Afghanistan — The Afghan military said Tuesday it was carrying out mopping-up operations after recapturing a strategically important district center lost to Taliban insurgents over the weekend.

A government victory in Char Dara would alleviate Taliban pressure on the nearby city of Kunduz, which the guerrillas appeared to be trying to encircle. On Monday, they overran another district located northwest of the city of about 1 million inhabitants. The center of Dasht-e-Archi remains in Taliban hands.

A Defense Ministry statement said the Afghan air force provided support for the counterattack and that troops were combing through Char Dara on Tuesday to ensure no guerrilla fighters were still hiding there.

A local government official said 58 enemy fighters were killed during the operation. Three soldiers died and six were injured, said the official, who asked not to be named since he was not authorized to speak to reporters.

But Taliban spokesman Zabihullah Mujahid denied that the guerrillas had been ejected from Char Dara, describing the ministry statement as “propaganda.”

The Taliban have demonstrated an ability to quickly mass hundreds of fighters for attacks on isolated or lightly defended districts since they launched their summer offensive in April — the first fighting season since most U.S. and NATO forces pulled out after the end of the combat mission at the end of 2014.

But the lightly armed insurgents have been unable to resist counteroffensives by government reinforcements, which have used armored vehicles, artillery and air strikes to quickly retake those regions.