Afghan troops get instruction on the finer points of soldiering 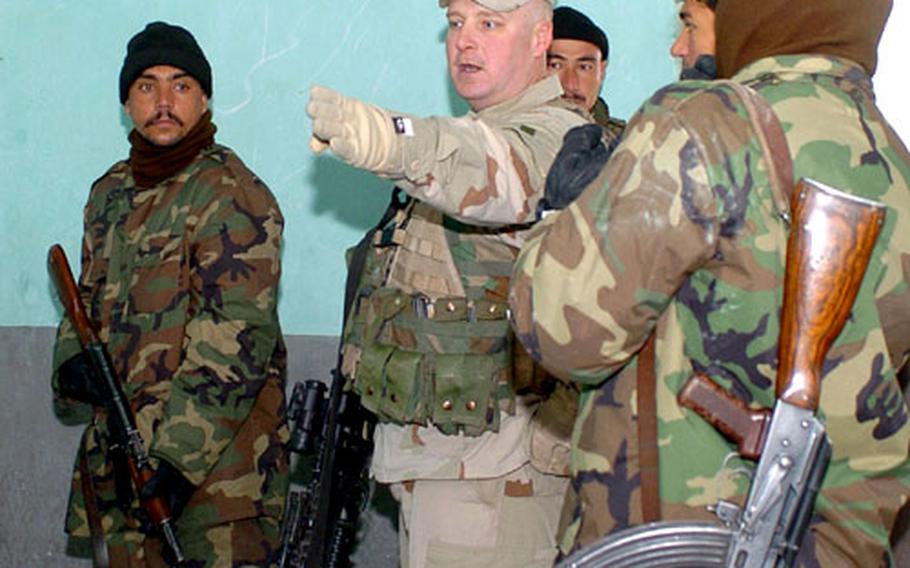 Staff Sgt. Greg Huffman gives directions to 2nd Brigade, Afghan National Army Centeral Corps soldiers on what to do once their team has breached a doorway. (Shanna Rodenberg / U.S. Army)

Staff Sgt. Greg Huffman gives directions to 2nd Brigade, Afghan National Army Centeral Corps soldiers on what to do once their team has breached a doorway. (Shanna Rodenberg / U.S. Army) 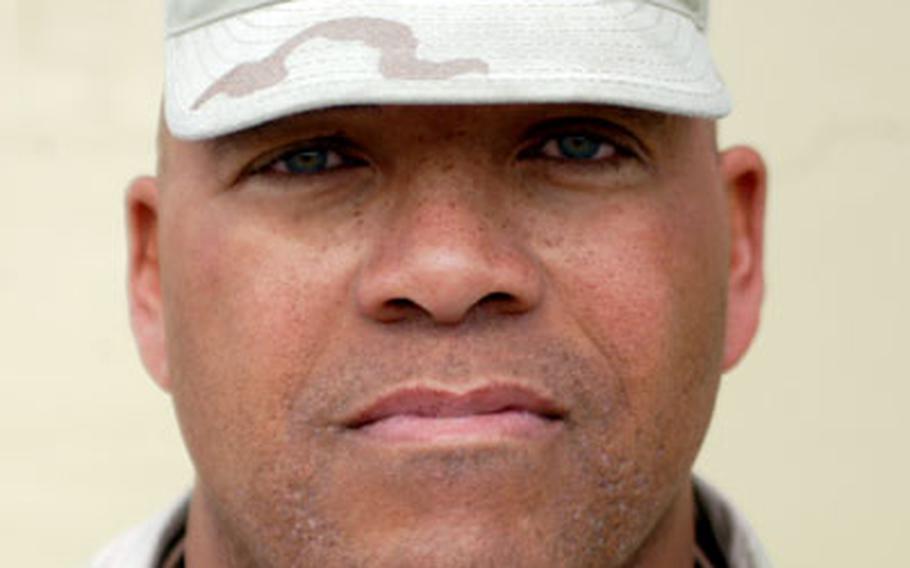 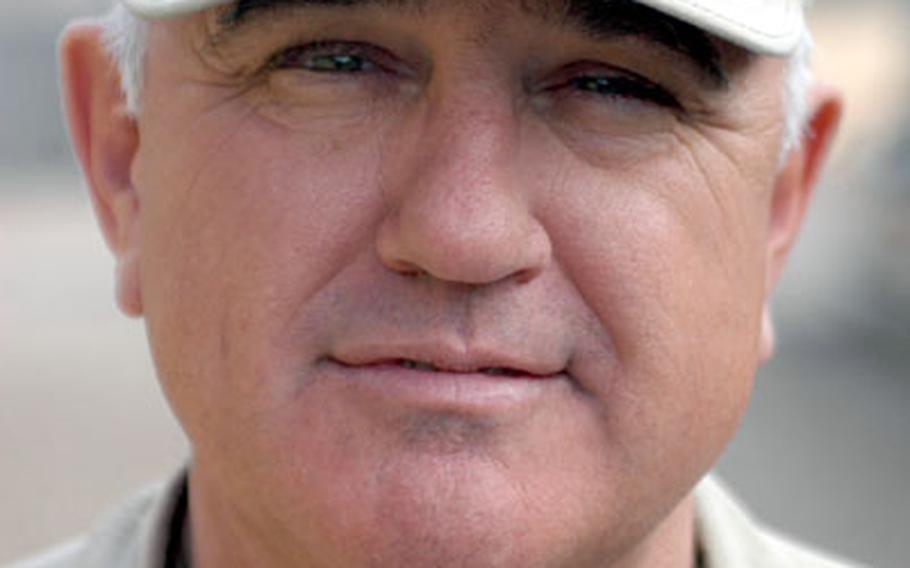 “When we first came out here,” said U.S. Army Col. Randy Smith, the Afghan “Central Corps [in Kabul] was the only game in town.” (Kevin Dougherty / S&S) 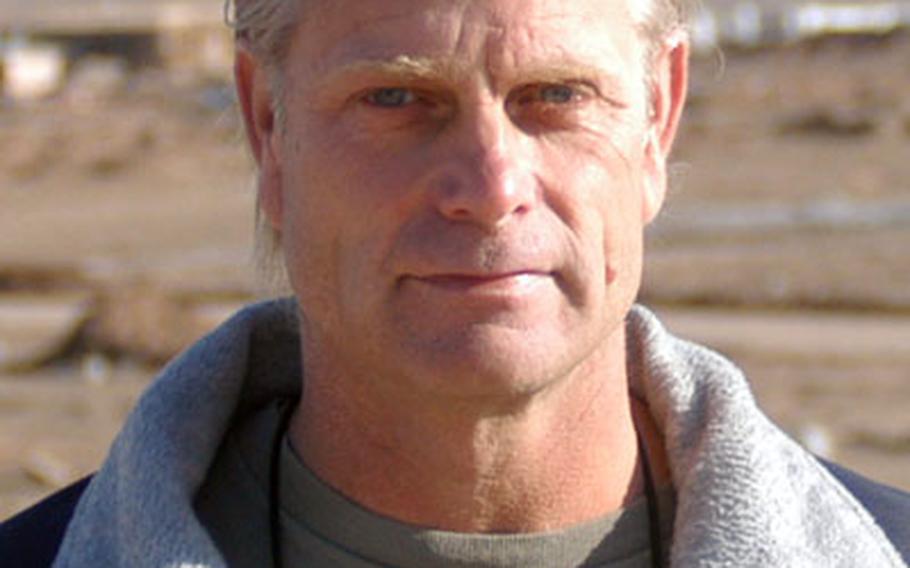 “It’s not often you get to make history,” said Joe Haugen of the U.S. Army Corps of Engineers, the resident engineer. (Kevin Dougherty / S&S)

HERAT, Afghanistan &#8212; When an Afghan soldier gets assigned to a regional corps command, his combat curriculum doesn&#8217;t end.

From corps to company level, Task Force Phoenix is dispatching training teams to Afghan units in the field to instruct officers and enlisted personnel on the finer points of soldiering. The largest contingent of trainers in western Afghanistan is 16 miles south of the provincial capital of Herat, and its commander is U.S. Army Col. Randy Smith.

A few months prior to the October presidential election, the Afghan transitional government in Kabul began deploying the Afghanistan National Army to other regions. In Herat, the timing was most advantageous, because Afghan forces, a few trainers and the U.S. Army&#8217;s 3rd Squad, 4th Cavalry Regiment, were on hand to help quell a Sept. 12 riot.

Smith, who arrived afterward, said since then his training team has had to adapt on the fly, mixing training with actual missions of the 207th Corps.

Like the other Afghan regional commands, save for Central Corps in Kabul, the 207th formally raised its flag in September. A year from now, Smith said, the unit in Herat should have its full complement.

Adjacent to the current camp, work has begun on a $63 million ANA base that will serve as the regional headquarters. The U.S. Army Corps of Engineers envisions more than 100 buildings, including offices, barracks, a power plant, wastewater facility, hospital and sports field.

Back at the temporary facility, Smith and his deputy, Lt. Col. Bert Owens, talked of the challenges of transforming a band of tough but unpolished warriors.

One of the toughest tests is changing a centralized mind-set that devalued empowerment, initiative and improvisation. Owens likened it to a sandlot football team that can flawlessly execute plays etched in the dirt, but gets caught flat-footed when its play breaks down.

Another flaw can be a lack of preparation and prevention.

On Dec. 31, the trainers left their compound for a meeting with an Afghan National Police commander in Shindand, a town 60 miles away. The Afghan commander climbed into his vehicle and joined the convoy. A few miles down the road, a tire on the commander&#8217;s car went flat.

Smith said he uses instances such as that as training tools. In this case, he deftly emphasized to his Afghan charges the need to inspect vehicles the day before a trip.

Sometimes he&#8217;ll say very little, preferring to lead by example. One day, prior to a mission, Smith had one of his soldiers haul a table outside in plain view of the Afghans housed nearby. One by one, the Americans performed a functions check on their M-16s. The Afghans watched from afar, and now often go through the same routine.

Other lessons are taught over time.

Eventually, Afghan soldiers will assume every role in the army, including paying troops. But in the beginning at Herat, it was Sgt. 1st Class Derrick Kelly. On that first payday, Kelly sat at a table and a queue formed outside his door. Suddenly, there was commotion and shoving.

The Afghan officers &#8220;just pushed the [enlisted soldiers] out of the way because they were officers,&#8221; Smith recalled.

Kelly coolly gathered his things and walked out.

The Afghan officers were aghast, perhaps because an enlisted soldier upstaged them. Perhaps it was because the soldier was black and, in the past, Afghans have fought many battles along ethnic lines.

Owens, who is black, said he, Smith and other members of the Regional Command Assistance Group-West, used that instance and others to show how the cultural diversity of the U.S. military is an advantage.

Senior Afghan leaders back in Kabul have grasped that concept. The Afghan Ministry of Defense is consciously building battalions along ethnically mixed lines.

The issue of ethnicity in the Afghan army was posed separately to two soldiers. Both soldiers looked somewhat perplexed when it was raised.