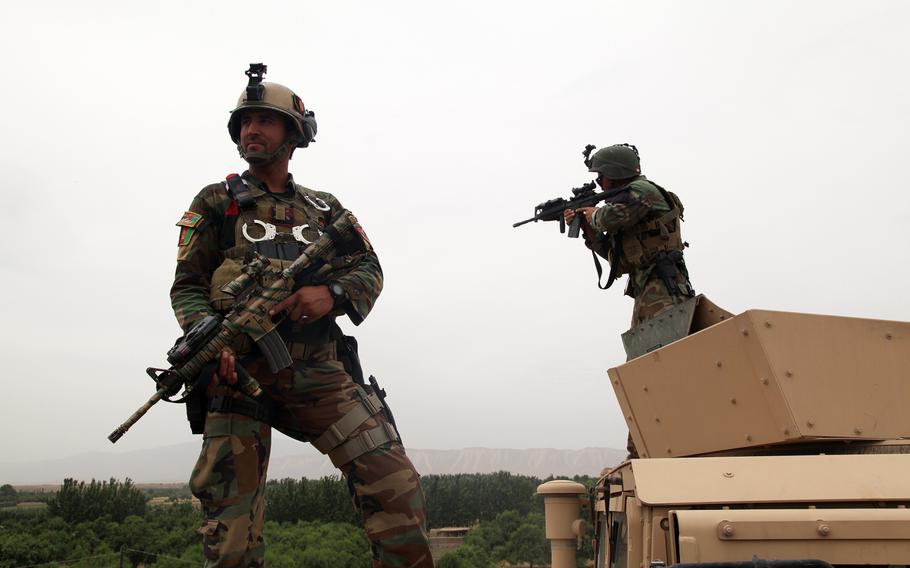 KABUL, Afghanistan — Afghan forces claim to have successfully pushed back Taliban and insurgent fighters from critical districts in northern Afghanistan in the government’s first major offensive of the spring fighting season.

Military and police forces have retaken control of Imam Sahib and Qala-i-Zal districts in northern Kunduz province amid heavy fighting against Taliban insurgents, the Defense and Interior ministries said Wednesday.

Since the counteroffensive began in those two districts on Monday, fighting has claimed the lives of 200 insurgent fighters and 12 Afghan soldiers and police, officials said.

The initial offensive in Kunduz, where Afghan army units launched a major offensive against Taliban and other insurgent groups, kicked off in and around Kunduz city late last week. Nearly 2,000 Afghan troops have been deployed into the contested areas in Kunduz since Monday.

“No district or province [in Kunduz] will collapse, and I assure you that security forces are capable enough to control the situation,” Defense Ministry spokesman Dawlat Waziri told reporters in Kabul Wednesday.

Government officials in Imam Sahib were forced to flee the district center on Monday after nearly 2,000 Taliban and other insurgents broke through area defenses, district governor Amanudin Qureshi said.

Gen. Murad Ali Murad, the army’s ground force commander, said Wednesday that local troops were now conducting house-to-house searches in Imam Sahib and Qala-i-Zal, to clear out any remaining pockets of insurgents in the districts.

Afghan forces have secured the district center in Qala-i-Zal, while the majority of Taliban and other insurgent groups have already fled the area, Murad said.

Waziri said that Afghan forces were in the midst of another offensive in Badakhshan.

Nearly 250 insurgents descended on several army and police positions in that northeastern province, launching a string of coordinated attacks in Jurm and Warduj districts. More than 30 Afghan soldiers were killed, wounded or went missing in the attacks, officials said.

While the Kunduz offensive was largely carried out by Afghan security forces, U.S. warplanes were called in to support operations on the ground. Two airstrikes were carried out in Kunduz during the ground offensive, Reuters reported, citing an internal Interior Ministry report.

A U.S. military offical confirmed that U.S. jets had flown in the Kunduz area in the past 72 hours but said that no munitions were dropped.