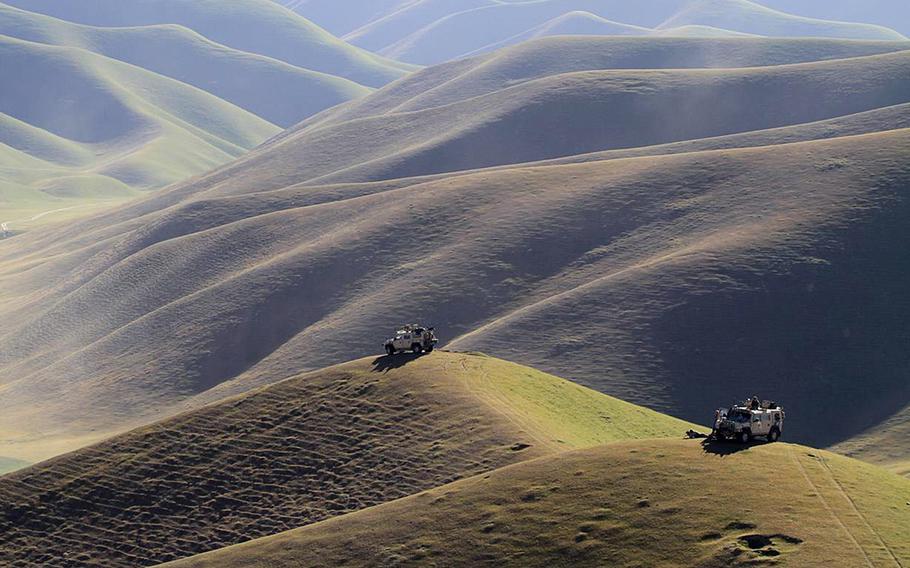 An Afghan National Army soldier who shot and killed his commander in October in the remote northern province of Sar-e-Pul, shown, over a dispute about back wages was sentenced to death last week. (U.S. Department of Defense)

KABUL, Afghanistan – An Afghan soldier who was fired and had his military records deleted after he went absent without leave for several months has been sentenced to death for killing his commander over a dispute about back pay.

An Afghan military court sentenced Sayed Musa to death for the premeditated murder in October of his commanding officer Hashmatullah Yaqobi.

Musa was fired after he abandoned his unit for three months during the summer. When he returned to the 209th Shaheen Corps in the northern province of Sar-e-Pul in October, he was told he had to travel to other bases to refile his paperwork or he would not get paid.

Carrying a loaded M-16, Musa confronted his commanding officer, Yaqobi, and demanded to know how to get his back wages, the soldier said in his confession.

After the commander told him to “cool down” and said they would try to sort out the problem, Musa shot him in the chest three times. When he saw Yaqobi was still moving, he shot him three more times.

Money for the Afghan military primarily comes from the U.S. The U.S. has given $77 billion since 2002 to support Afghanistan’s military, including $423 million in the last year to pay for the salaries of those in the Afghan Army, reports from Pentagon watchdog groups said.

Afghan troops often leave their posts without permission, said Daniel L. Davis, a retired U.S. Army officer and an outspoken critic of the war. Often these soldiers will say they left to take care of a family issue or help out on the family farm or business.

“People would routinely go AWOL for long periods of time and then come back,” said Davis, who was deployed to Afghanistan in 2005 and 2011. “In the past they were able to do so, but now soldiers who go AWOL are purged from the system quicker.”

Yaqobi’s murder was part of a long history of insider attacks in the Afghan military. A total of 49 so-called green-on-green attacks this year alone have wounded or killed 167 Afghan service members, an increase in casualities of more than 50% compared to last year, a report by a Pentagon watchdog said.