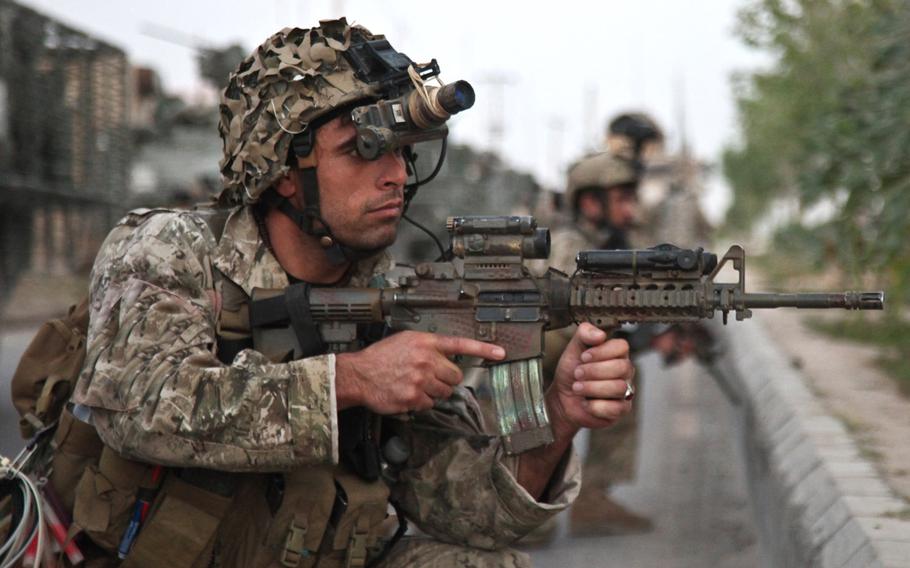 WASHINGTON &#8212; The Pentagon&#8217;s latest report to Congress on progress in the war in Afghanistan, issued Friday, said Afghan security forces have the upper hand over insurgents throughout most of the country, but said the future could be grim without continued support from abroad.

With the official end of the NATO mission there a little more than a year away, the release of the twice-yearly report comes at a time when the United States and Afghanistan are locked in tense negotiations to finalize an agreement governing a continued security relationship between the two countries.

At stake is the future mission of U.S. and NATO troops in the country, which, according the report, are crucial to help Afghan National Security Forces fill serious gaps in capability.

&#8220;After 2014, ANSF sustainability will be at high risk without continued aid from the international community and continued Coalition force assistance including institutional advising,&#8221; the report said. &#8220;With assistance, however, the ANSF will remain on a path towards an enduring ability to overmatch the Taliban.&#8221;

Some of those gaps, the report said, are managerial, including shortfalls in planning, programming, budgeting and acquisitions. In the field, Afghan forces still need help with counter-IED operations, intelligence, artillery and medical operations.

Simply keeping the military up and running is a basic but difficult requirement that the Afghans haven&#8217;t mastered.

&#8220;The single most important challenge facing the ANSF, however, is in developing an effective logistics and sustainment system,&#8221; the report said. &#8220;A lack of trained maintenance technicians and spare parts, and a logistics system that struggles to resupply units in the field, adversely affects every branch of the ANSF.&#8221;

Nevertheless, the ANSF has become far more operationally capable in recent years, the report argued. For the first time, Afghan forces took the lead in combat during the traditional fighting season throughout the country, leading 95 percent of conventional operations and 98 percent of special operations missions, the report said.

Meanwhile, the number of unilateral Afghan army operations more than doubled during the period, from 13,492 to 28,006. The number of independently run ANP operations rose from 16,391 to 20,496.

The ANSF controls major population centers, but the Taliban retains a grip on the countryside in some areas, particularly in the Pashtun-dominated south, where the report said the ISAF drawdown has been replaced by &#8220;accommodations&#8221; between insurgents and ANSF in some areas.

Nationwide, the number of Taliban-initiated attacks fell by 6 percent from the April-September period in 2012. IED attacks, meanwhile, fell by 22 percent, according to DOD statistics.