Afghan policewoman killed in Pakistan, fourth in a year from one province 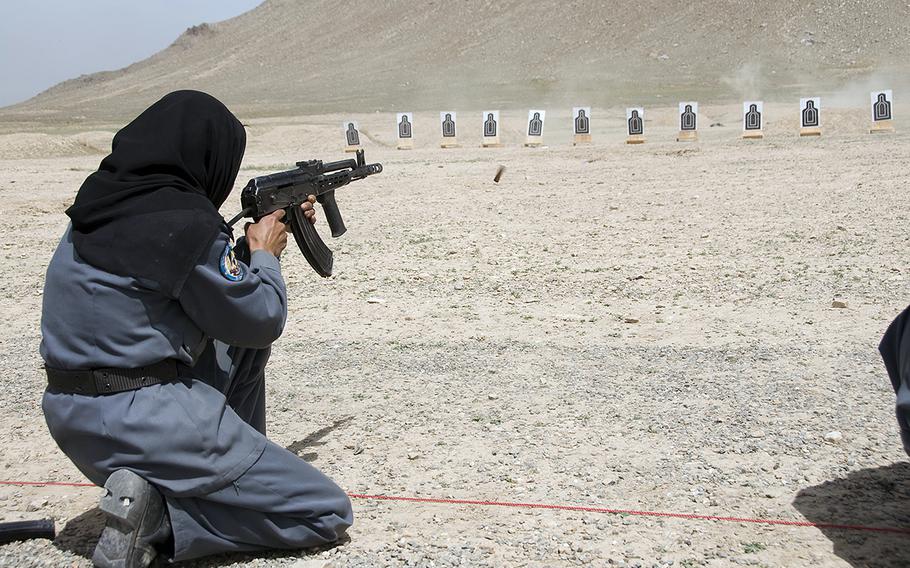 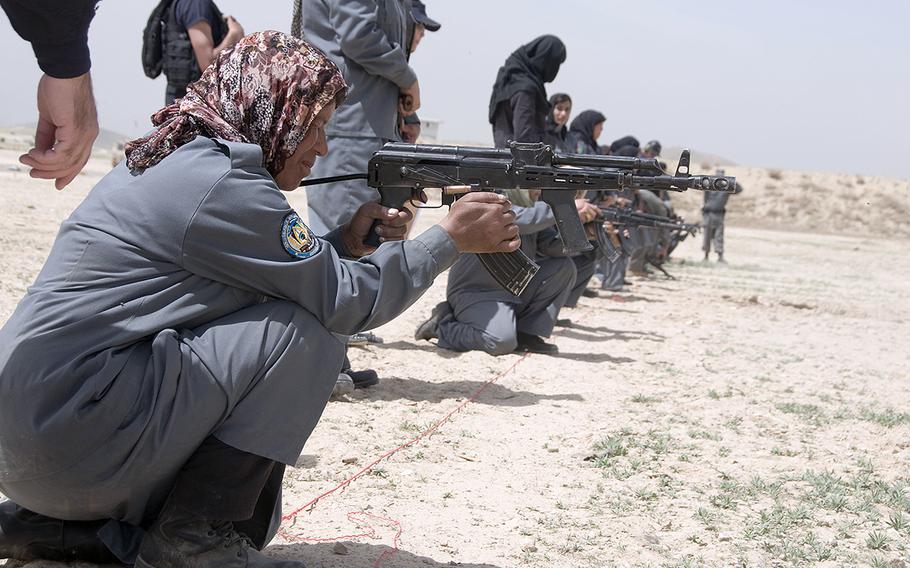 KABUL — A female police officer from the volatile Afghan province of Helmand has been abducted and killed in Pakistan, her son said. She is the fourth policewoman from the province to die in the past year.

Rabia, 45, a six-year veteran of the Helmand police, was on leave when gunmen dragged her out of her daughter’s home in Quetta, Pakistan, on Saturday night, according to Rabia’s son, Sher Mohammad. Rabia’s bullet-riddled body was left on the side of the road.

Mohammad said in a telephone interview that he and his mother were taken from his sister’s home by armed men, blindfolded and bound before being driven away.

“They told me they were going to kill my mother,” he said. “After a while, I heard the shooting and the car driving away. Once everything was quiet, I started pulling off my blindfold with my knees and I saw my mother dead.”

Helmand Police Spokesman Abdulahad Chopan confirmed the report, and said Rabia, who like many Afghans goes by one name, had been working at the province’s main prison in the city of Lashkar Gah. He blamed the Taliban for the killing.

“She was brutally executed,” Chopan said. “It’s inhuman and un-Islamic to target a female. Taking into account Islamic rules, we have hired this woman to check female visitors to the prison — she was taking care of female prisoners, too.”

Taliban spokesmen did not answer their phones Tuesday during several attempts to reach them for comment.

Helmand has become the most dangerous province for women to serve in the police, with gunmen killing Helmand’s senior policewoman in September as she drove to work, just three months after her predecessor died in a similar attack. Another policewoman was also shot dead on her way to work in July.

Rabia’s abduction from her daughter’s home in neighboring Pakistan suggests the killers were tipped off as to her whereabouts, adding a chilling twist to the assassination campaign against Afghan policewomen, who also face other risks.

Many women who join the police face not only threats from insurgents, but also from their own family members, who often disapprove of women serving in the security forces.

Col. Jamila Bayaaz, who heads a police district in Kabul and is one of the few women in such a prominent police position, said although female police face special risks, they are essential to the security forces. She encouraged them to remain courageous.

“There are a lot of problems for women working as police in Afghanistan because the situation is not good for women working for the police,” she said in a telephone interview. “There is the enemy and insecurity in the country, but as you choose this profession, then you must face the risks.”

Saturday’s killing appears to be part of a wider campaign of assassinations against government employees and security officials as well as others seen as supportive of the central government.

A recent report on civilian casualties from the U.N. Assistance Mission in Afghanistan recorded 605 incidents of targeted attacks against civilians in 2013, the vast majority blamed on insurgent groups, which left 743 dead and 333 injured last year.

There are about 2,000 female police officers in Afghanistan, a fraction of the roughly 160,000 members in the Afghan National Police and well below the target of 5,000 set by President Hamid Karzai.