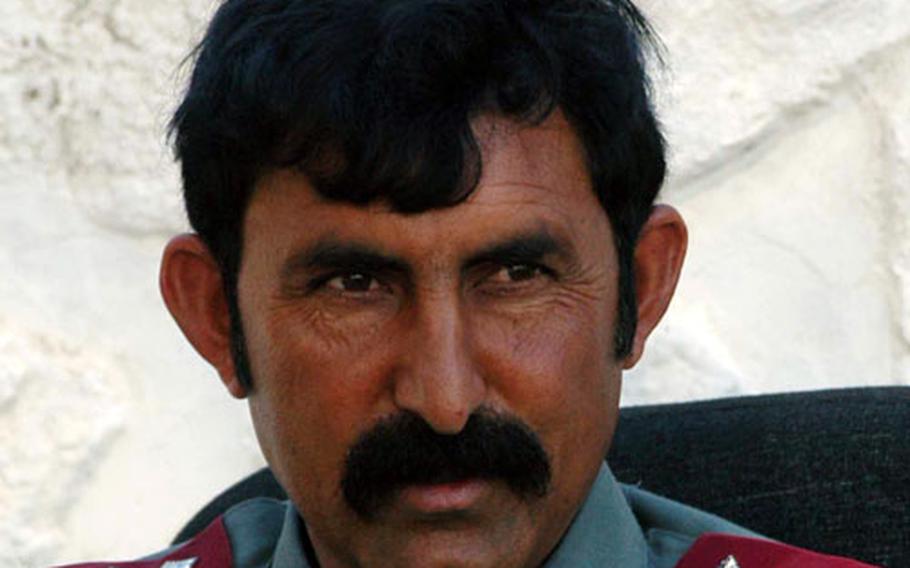 Aaka Jan Rasool is police chief of Tran Wajaldak district in Afghanistan. “We are police,” he said. “We are here to serve.” (Michael Abrams / S&S)

Aaka Jan Rasool is police chief of Tran Wajaldak district in Afghanistan. “We are police,” he said. “We are here to serve.” (Michael Abrams / S&S) 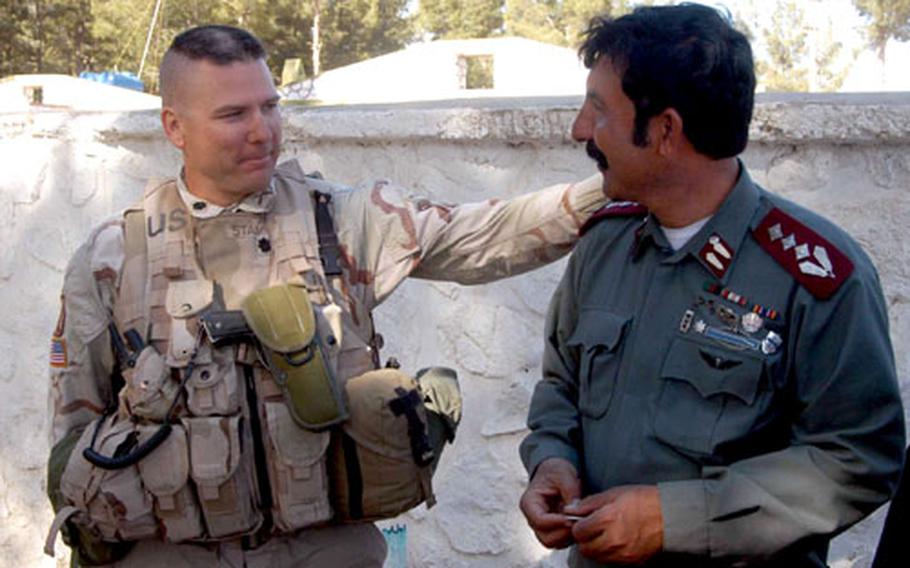 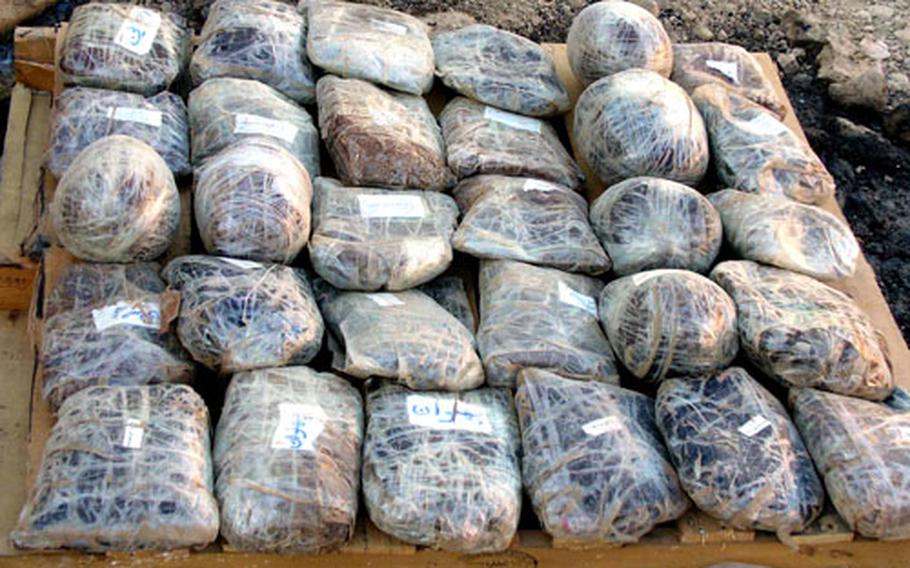 A pallet with 43 kilograms of confiscated heroin base before it was destroyed at Forward Operating Base Lagman. (Courtesy of Task Force Rock)

SHAR-E SAFA, Afghanistan &#8212; Aaka Jan Rasool remembers getting pelted with rocks when he first became police chief of the district of Tran Wajaldak.

That was three years ago, shortly after the former fruit and vegetable distributor graduated from the police academy in Kandahar.

Talking through a translator, Rasool, who says he&#8217;s 38, doesn&#8217;t exactly sound like he was destined to be one of his country&#8217;s bright lights in a police force that still has a ways to go before it meets with international approval. Unlike the generally more respected Afghan National Army, Afghan National Police units are often composed of lightly trained recruits from the local area. Sometimes, it appears they have other ties pulling at them stronger than their police responsibilities.

That&#8217;s not the case with Rasool. He hails from Helmand Province in southern Afghanistan.

And it&#8217;s that Afghan government that Rasool says his loyalty belongs to.

Rasool and his 150 or so policemen occupy a key space in what has traditionally been a busy route for the country&#8217;s infamous drug trade. Tran Wajaldak is the southwesternmost district in Zabul Province and borders the province of Kandahar. Kandahar and its neighbor to the west, Helmand, account for a large chunk of Afghanistan&#8217;s opium production.

Rasool said he and his men are constantly trying to improve their techniques at catching drug smugglers. And they have to, because the smugglers are getting more and more creative.

They&#8217;ve used hidden compartments, converted gas tanks and all sorts of tricks to try to get past the police checkpoints. Recently, two members of the Afghan National Army tried to use an ambulance to get drugs past. They had the siren on, but Rasool stopped them anyway. He asked to look inside and was initially warned away by a gun-wielding soldier. But he persisted and found 71 kilos of heroin base inside the vehicle.

He proudly showed off the gun that was pointed at him to Stammer in a meeting earlier this week. The drugs had already been disposed of.

Rasool has more than just drug busting to his credit, as far as American forces are concerned. In June, he took the initiative to take some men up north to Mizan district. He joined forces with the local police there to capture five anti-government insurgents who were fleeing a fight with U.S. forces in Mianishin across the border in Kandahar Province.

Rasool also has two female police officers on his force, a rarity not only in the province, but in the country.

Rasool said he would like to have a position with more responsibility eventually. But he says he doesn&#8217;t think he has enough experience yet. He said he thinks police units need to be run by someone with experience and ability, not those with political or social connections.

Asked if there is anything more he would like from American forces or his own government, Rasool didn&#8217;t request money, equipment or more men.