Afghan outpost goes all out for Thanksgiving 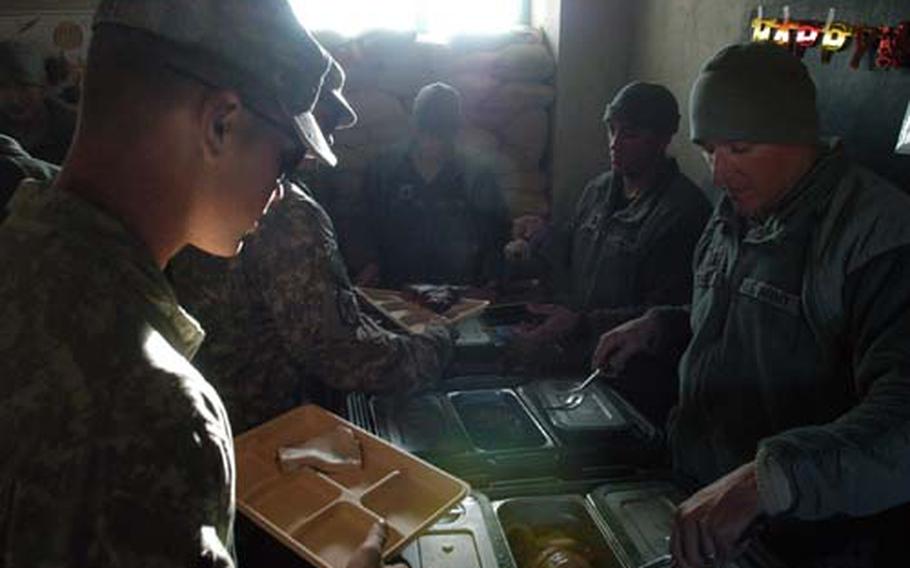 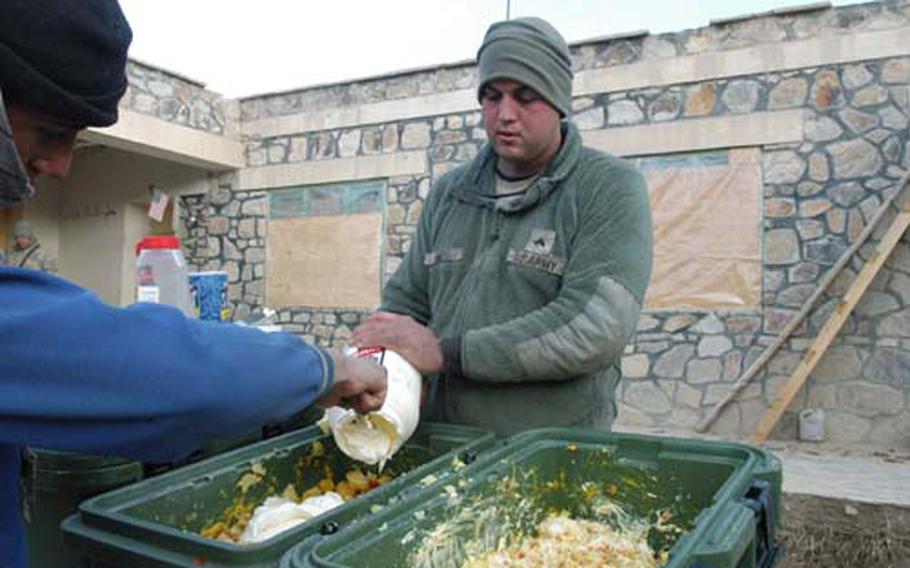 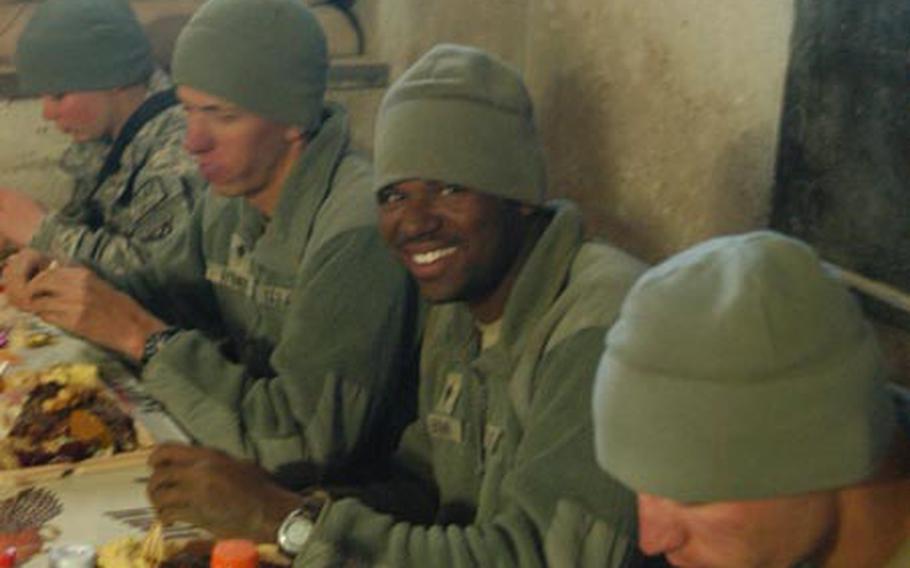 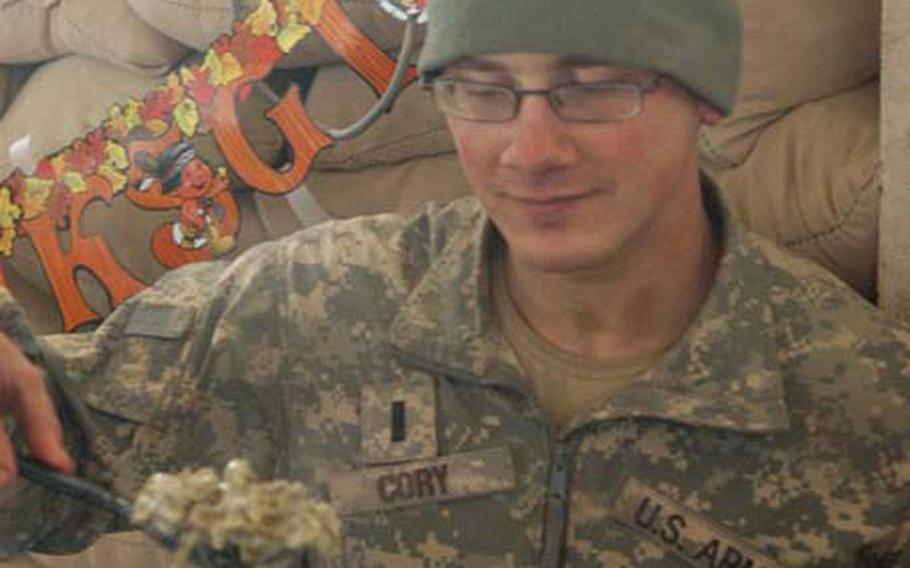 COMBAT OUTPOST CHARKH, Afghanistan &#8211; In most ways, Thanksgiving Day started out just like every day for the men of Company B, 1st Battalion, 32nd Infantry Regiment.

First Platoon greeted the sunny yet brisk morning air with a patrol through a local bazaar.

Second platoon, to the bafflement of other soldiers, spent much of the day digging battle trenches for a class they were about to teach the Afghan National Army.

Like any other day, hot water for showers was in short supply; troops grumbled about a variety of things and made jokes about just how stoned on hashish their Afghan counterparts actually were.

Still, Cpl. Jason Huft of Clovis, N.M., had been preparing the holiday chow since the day before. And as the air warmed, T-bones sizzled on a grill fashioned out of a metal barrel.

The showers are jury-rigged affairs. There&#8217;s no heat and wooden outhouses.

But despite this rough deployment and the longing that comes with being so close to going home, Thanksgiving came to COP Charkh.

Company commander Capt. Jason Wingeart pulled guard duty before serving chow with the other officers. At a base where most meals are basic, lukewarm affairs, soldiers dug into turkey, steak, ham, shrimp, macaroni and cheese and other holiday staples. It was the first time some had felt full in a long time.

"That was good as (expletive)," one soldier said to another after eating.

And despite the rough conditions, the soldiers said they had a lot to be thankful for. Mainly each other, and that they were all going home. Though there have been many injuries, the company has only lost one soldier in Charkh.

"I&#8217;m thankful I&#8217;m not digging that foxhole anymore," said Spc. John McDermott, one of the unfortunate 2nd Platoon guys tasked with that most un-festive of duties.

Even Afghan army captain and battle-hardened ex-Mujahedeen fighter Capt. Raz Mohammad got a plate, eagerly digging into a mix of steak, greens and pie.

Despite the grim conditions at COP Charkh, Sgt. Daniel Barsi of Utica, Ill., was thankful for his health and the security of America.

"The way I see things, everything could always be worse."

Meanwhile, in Washington, President Barack Obama telephoned 10 U.S. servicemen and women stationed in war zones Thursday, to thank them for their service.

The White House says Obama called two servicemembers each in the Army, Navy, Air Force, Marines and Coast Guard. The servicemembers are stationed in Afghanistan, Iraq and the Persian Gulf.