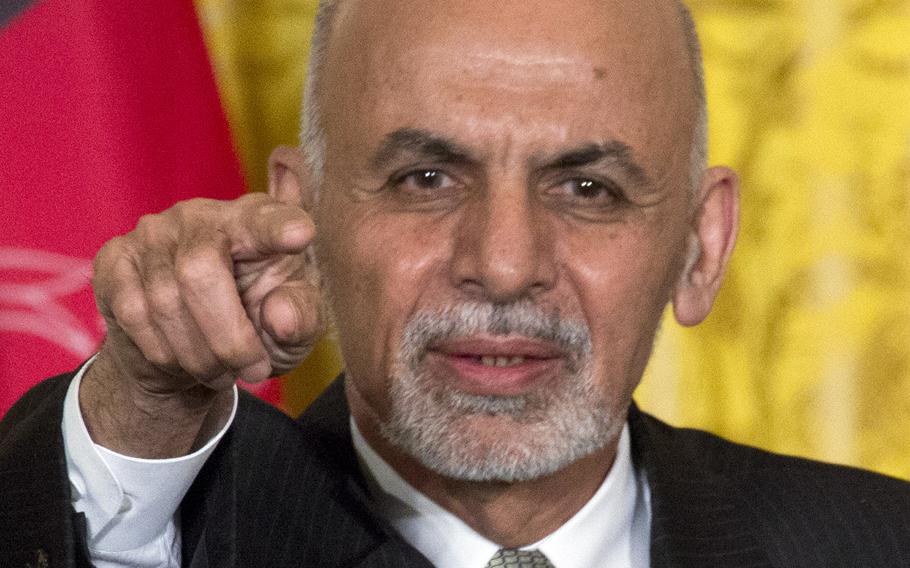 Ghani repeatedly asked his top spy to resign, Nabil said in a statement in which he announced that he would no longer serve as head of the National Directorate of Security.

The shake-up comes as Afghan security forces struggle to contain a growing insurgency and Ghani has come under mounting public criticism for his handling of the crisis.

Nabil, who has led the NDS on and off since 2010, posted a message to his Facebook page on Wednesday night, criticizing Ghani’s trip to Pakistan even as Taliban militants killed more than 50 people in an attack on Kandahar airport and overran a district in Helmand province.

On Thursday morning, Nabil officially offered his resignation, according to an official at the palace, who asked not to be named, as he was not authorized to discuss the matter. Ghani, Cabinet chief executive Abdullah Abdullah and other government leaders met before deciding to accept Nabil’s resignation, the official said.

Afghanistan’s top spy had clashed with Ghani in the past over the president’s attempts to forge closer ties with Pakistan. He reportedly refused to sign a memorandum of understanding with Pakistan’s Inter-Services Intelligence directorate, which is suspected by many Afghans of supporting Taliban and other insurgents.

Since taking office in September of last year, Ghani has sought improved ties with Pakistan, drawing the ire of those who accuse Islamabad of fomenting the insurgency by harboring Taliban and other insurgents. Earlier this year, Pakistan hosted some preliminary talks aimed at exploring formal peace talks between the Afghan government and the Taliban. That process ended abruptly after it was disclosed that longtime Taliban leader and founder Mullah Mohammad Omar had died about two years ago.

Ghani was in Pakistan Wednesday for a regional conference to discuss support for Afghanistan and regional relations. Both the Afghan and Pakistani leaders reaffirmed their commitment to fighting terrorism.

Under Nabil, the NDS was reported to have run operations into Pakistan, targeting Taliban leaders and cultivating contacts among militants opposed to the government in Islamabad.