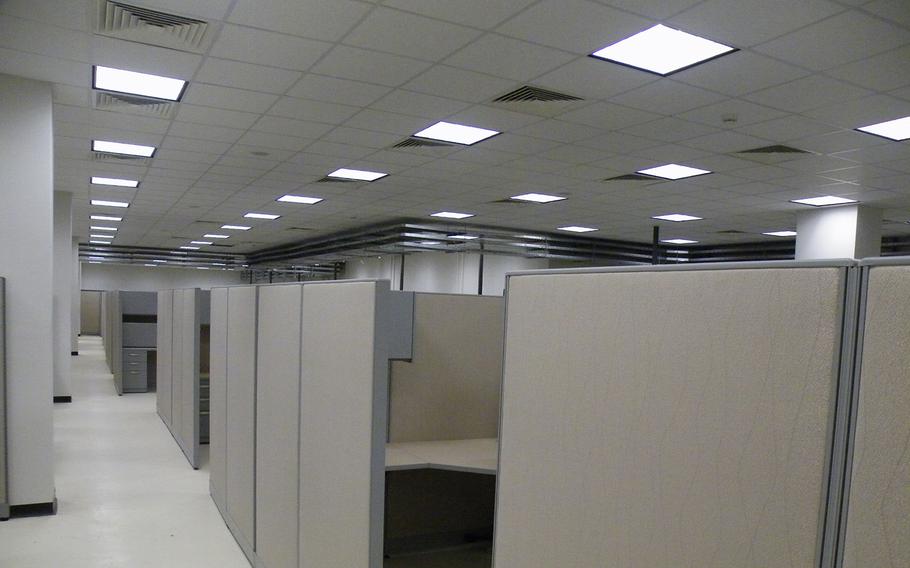 Cubicles at the Regional Command-Southwest Command and Control Facility, a 64,000-square-foot structure built under a $34 million contract to serve as a command headquarters at Camp Leatherneck in Helmand, Afghanistan, despite the objections of senior officers. (Special Inspector General for Afghan Reconstruction)

Cubicles at the Regional Command-Southwest Command and Control Facility, a 64,000-square-foot structure built under a $34 million contract to serve as a command headquarters at Camp Leatherneck in Helmand, Afghanistan, despite the objections of senior officers. (Special Inspector General for Afghan Reconstruction) 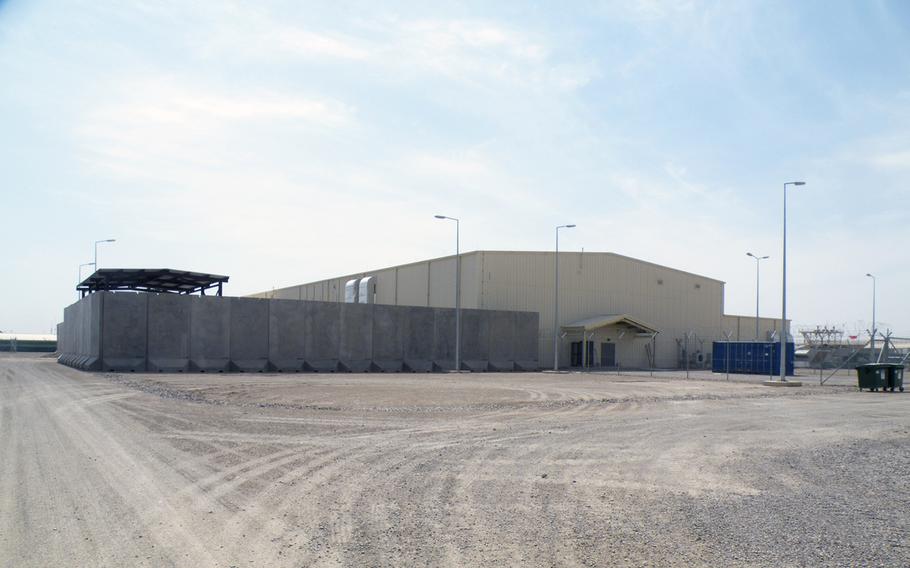 The Regional Command-Southwest Command and Control Facility is a 64,000-square-foot structure built for $36 million to serve as command headquarters at Camp Leatherneck in Helmand, Afghanistan, despite the objections of senior officers. It likely will never be used by the U.S. military. (Special Inspector General for Afghan Reconstruction) 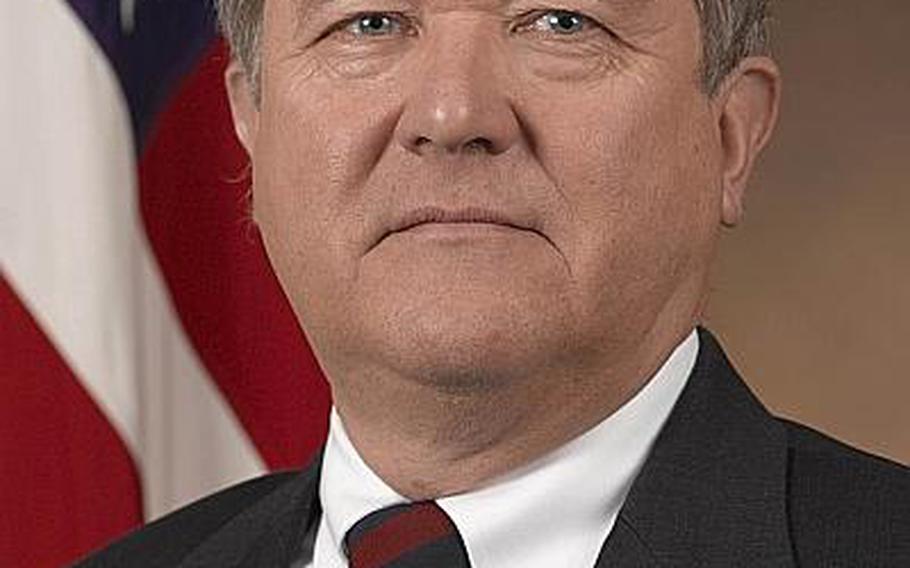 WASHINGTON — An investigation into a $36 million, 64,000-square-foot command and control center for the U.S. military in Afghanistan has new life, with new tensions sparking between the Defense Department and an independent watchdog group.

Special Inspector General for Afghanistan Reconstruction John Sopko notified Defense Secretary Chuck Hagel of the news in a Nov. 27 letter that was released by Sopko’s office Thursday. In the letter, Sopko complains that he never received an answer to questions he sent in July to Hagel, U.S. Central Command Commander Gen. Lloyd Austin III and U.S. Forces-Afghanistan Commander Gen. Joseph Dunford Jr., about the mammoth building, dismissed by many as a “white elephant,” never to be used.

“I am reinstituting SIGAR’s investigation of the decisions that led to the construction of this 64,000 square foot building,” Sopko wrote. “I believe there are important lessons we can learn from this potential waste of nearly $36 million in taxpayer funds, to make sure we do not continue to construct buildings that no one will use. We must also ensure that USFOR-A truly needs this facility before spending any additional money on a building that may never be used.”

Commander Elissa Smith, a Defense Department spokeswoman, said, “DOD has received the letter from SIGAR and [is] preparing the appropriate response.”

“The investigation into the construction determined that U.S. forces followed established contracting procedures,” Blumenfeld said. “They justified the cost, they requested the funds and the validated the project. There was no violation of the law in requesting, validating and constructing this facility, and the investigation did not find any fraud or misrepresentation or improper action.”

Sopko specifically complains about an investigation into the building by Maj. Gen. James Richardson, deputy commander of support for U.S. Forces in Afghanistan that was finished last month. Sopko said he delayed his own investigation to wait on Richardson’s report. A partial draft of the report was sent to Sopko, but he said it was sloppy, incomplete and actually suggests that taxpayer-funded construction should continue.

“This copy does not include the numerous exhibits and enclosures referenced in the report, lacks transparency, contains a number of unsupported statements, and fails to adequately explain its key findings and recommendations,” Sopko said. “Frankly, this does not instill confidence that a thorough and candid review was conducted of this matter.

“In addition, Gen. Richardson’s report fails to address the underlying conditions that resulted in the construction of this $36 million building that apparently no one wanted or needed. Without identifying and correcting these deficiencies it is almost certain that similar wastes of taxpayer dollars will occur.”

Controversy over the building is not new — members of the Senate Armed Services Committee have been publicly critical of the construction, most recently after an initial Army investigation into the building in May determined that the building was unwanted and unnecessary, and could be converted into a gymnasium and movie theatre.

Sopko requests that DOD officials retain, preserve and send him all records, documents and communications regarding the building, as well as records of the Army’s two investigations into the building. He also asks for that directive to be extended to all active-duty, civilian and contractor employees, with a Dec. 7 deadline for an initial batch of the documents.

A SIGAR spokesman said the result of Sopko’s re-started investigation will be publicly released, and could affect continued funding for the building’s ongoing construction.