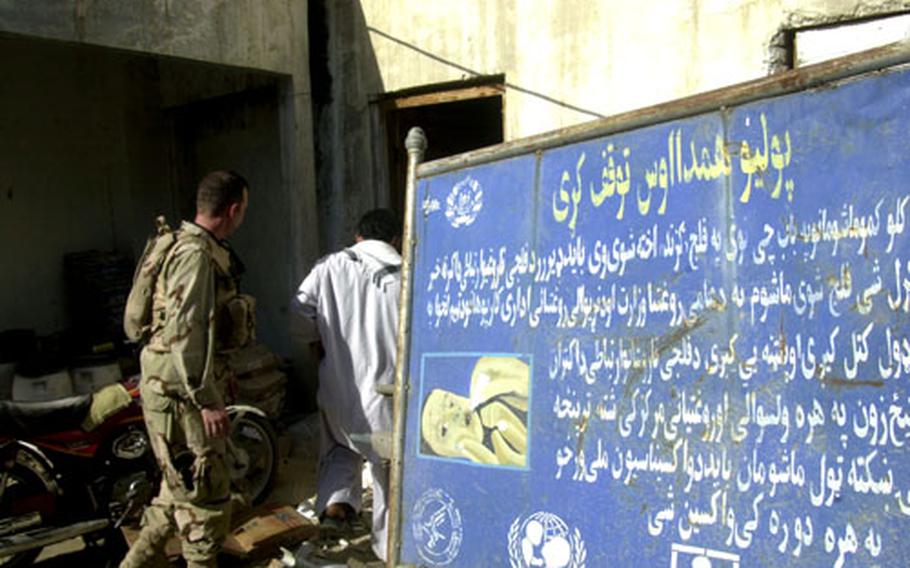 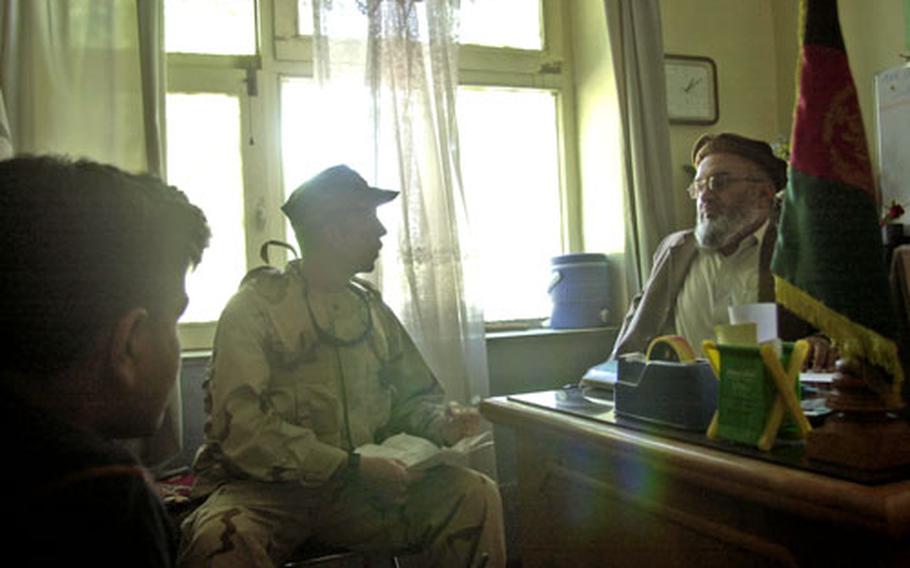 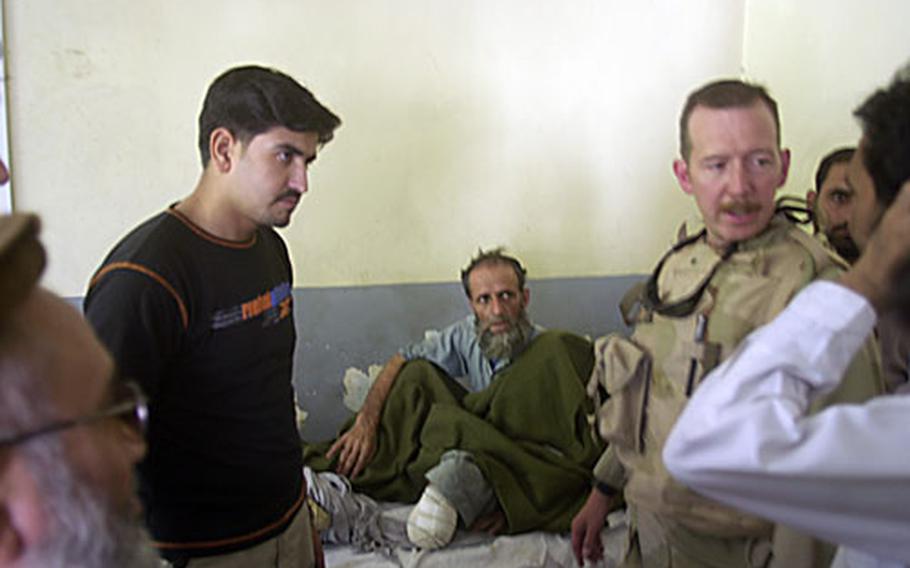 ASADABAD, Afghanistan &#8212; Members of the Asadabad provincial reconstruction team met with Asadabad Central Hospital officials last week in the eastern Afghanistan town to perform a preliminary evaluation of potential improvements to the hospital.

The convoy originally departed Forward Operating Base Asadabad on Wednesday morning, but the mission was delayed when one of the Humvees traveling in the convoy broke down. A crane lifted the disabled vehicle in the back of an Afghan truck, and the convoy headed back to the base to regroup. After lunch, the convoy was back on the road and headed to the hospital.

Tarner asked the director a series of questions during their discussion. &#8220;If you had to look at the top three needs of the facility, what would they be?&#8221; Tarner asked.

The director, speaking mainly through an interpreter, told Tarner that having space for additional beds, acquiring an ambulance and getting more medical equipment were the top three needs.

When asked, the director mentioned to Tarner that most of the ailments the hospital treats are broken legs from people who tumble down the area&#8217;s steep mountains, injuries stemming from mine explosions and infectious diseases. The hospital, which has one X-ray machine and a small emergency room, sees between 600 and 700 cases of tuberculosis a year, the director said.

Since coalition forces ousted the Taliban in 2001, the hospital has improved, the director said.

The director said he would compile a list of needs of the hospital and submit it to officials in Bagram.

Airmen and soldiers with the PRT were then treated to a tour of the hospital. They saw a patient whose left leg was amputated after an explosion during Afghanistan&#8217;s parliamentary and provincial council elections Sept. 18. They also visited the maternity ward where a pregnant woman was thought to have appendicitis.

If the hospital had the right equipment, doctors there would know how to treat the woman, said Air Force Staff Sgt. Shannon Walker, a licensed practical nurse with the PRT.