Afghan hazards include malaria as well as bombs 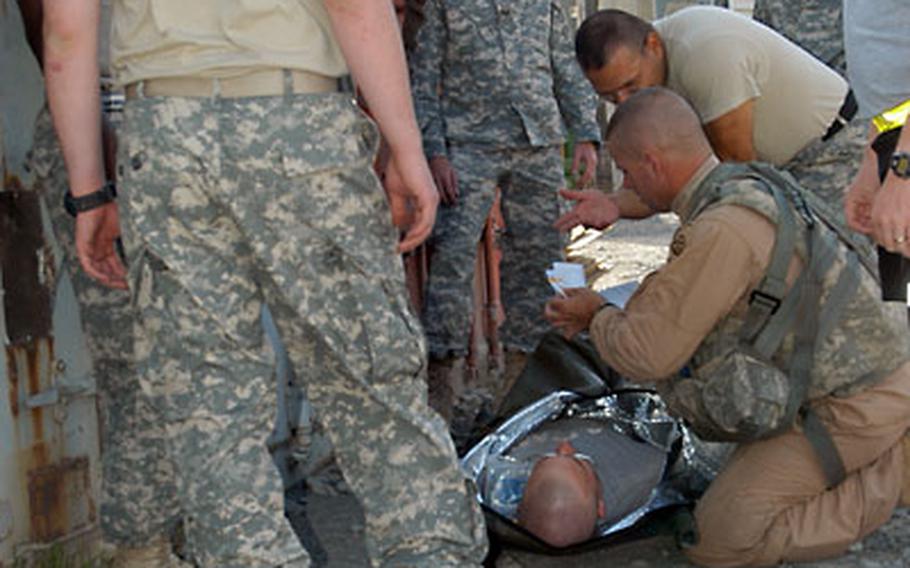 Staff Sgt. William Mudd, a combat medic with the 82nd Airborne Division, tends to a soldier who is stricken with malaria. Mudd&#39;s unit has made about a half-dozen emergency runs in the past several months to retrieve troops inflicted with the virus. (Bryan Mitchell / S&S)

Staff Sgt. William Mudd, a combat medic with the 82nd Airborne Division, tends to a soldier who is stricken with malaria. Mudd&#39;s unit has made about a half-dozen emergency runs in the past several months to retrieve troops inflicted with the virus. (Bryan Mitchell / S&S) 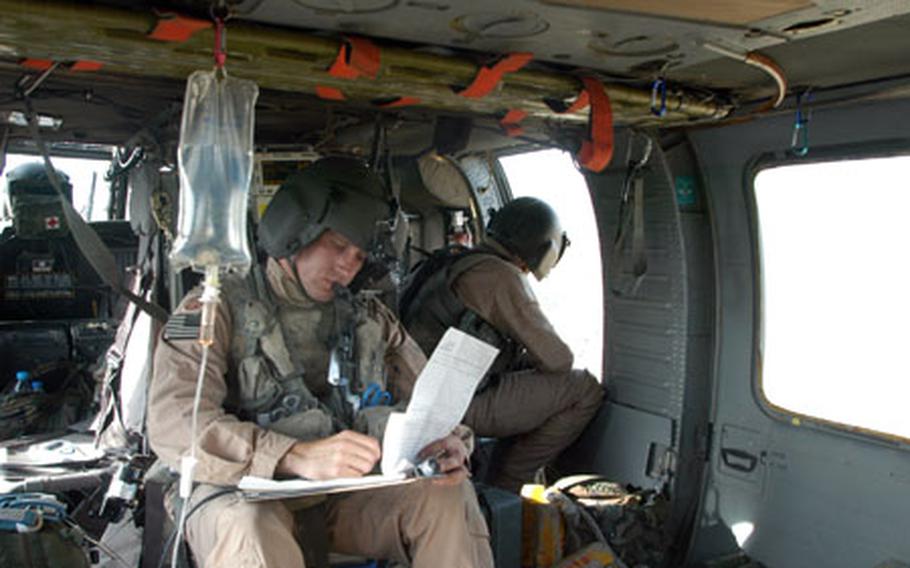 FOB SALERNO, Afghanistan &#8212; Dangerously high fever set against the chills, severe aches and pains, and diarrhea. If you&#8217;re downrange and have these symptoms, heed the warning signs, because malaria is not just the predeployment boogie man many troops think. And the obligatory regimen of doxycycline might not suffice to ward off the deadly disease as virulent strands can circumvent the antibiotic prevention.

Contracted through the bite of a mosquito, the disease attacks red blood cells and eventually internal organs, causing severe discomfort in the abdomen before spreading throughout the body.

The medevac soldiers of Company C, 3rd General Support Aviation Battalion, 82nd Combat Aviation Brigade have made about a half-dozen emergency runs in the past several months to retrieve troops afflicted with the virus.

Word around base is that malaria has killed two, but Mudd is circumspect. &#8220;I label all that as hearsay until I know for sure,&#8221; said the 38-year-old.

But Mudd is certain about the surge in roadside bombs over the course of this summer. Blast injuries have surpassed gunshot wounds as the in-air treatment du jour.

Medevac pilot Chief Warrant 2 Tyrone Actkinson, 30, of Jacksonville, Fla., has kept a personal log of his trauma flights since arriving in Khost province in mid-January. Winter and spring were relatively slow with about a flight a week, but the summer has turned hectic with daily runs to retrieve troops struck by the militants&#8217; new weapon of choice across Afghanistan.

This year might come to be viewed as the era in which Iraqi-style insurgent tactics migrated to Afghanistan, but Actkinson said Forward Operating Base Salerno is relaxed compared to his yearlong tour of Iraq. &#8220;This place is calm, it&#8217;s a mellow, mellow place,&#8221; he said. In Afghanistan, he can count the number of rocket-propelled grenade attacks on his medevac chopper with his two hands. In Iraq, it would take the fingers and toes of a nearly a half-dozen Company C soldiers to track the attacks.

And when they aren&#8217;t hustling injured coalition troops, the medevac troops are occupied with Afghan injuries.