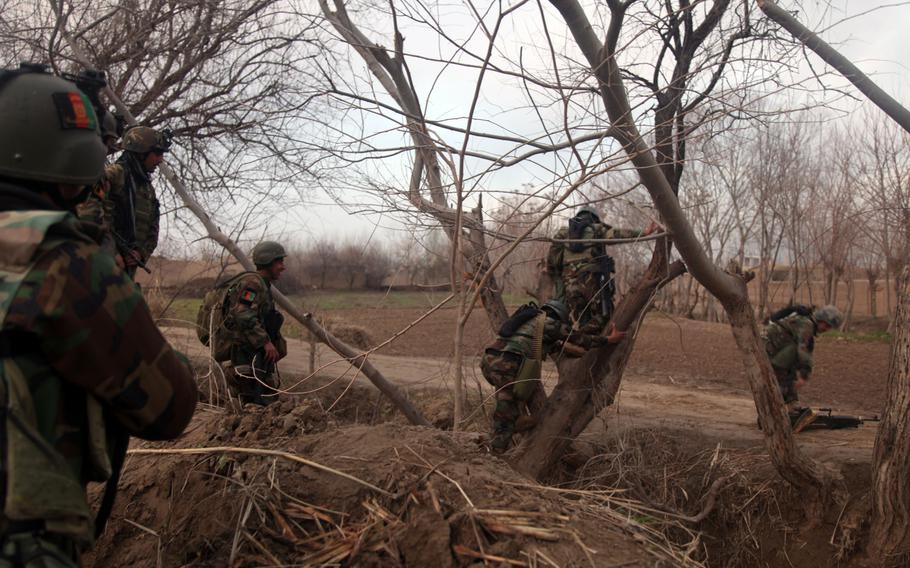 KABUL, Afghanistan — Government forces prepared Wednesday to launch a counteroffensive to drive Taliban insurgents out of a second district in northern Afghanistan, from where they pose a threat to the provincial capital of Kunduz.

Troops were being deployed to Dasht-e-Archi district in Kunduz province — 200 miles north of Kabul — in an attempt to pry the area from Taliban control, officials said. It fell to a surprise attack by the insurgents on Monday.

“Very soon we will start a broader military operation to fully recapture the whole district and to clean the district from the insurgents,” said Abdul Wadood Wahidi, spokesman for the Kunduz government.

Wednesday’s offensive comes a day after Kabul announced the neighboring district of Char Dara had been cleared of Taliban fighters following a government-led assault on insurgent positions.

With control of both districts, the Taliban threatened the provincial capital of Kunduz city. If it were to fall, it would be the first major urban center to come under Taliban control since the U.S. invasion to oust the Taliban in 2001.

The Taliban assault on Dasht-e-Archi coincided with a suicide attack on the parliament building in Kabul. Security forces repelled the insurgents there, killing all six guerillas during the ensuing firefight. About 30 civilians were injured.

Districts in northern Afghanistan have come under repeated attack over the past several months. Taliban fighters have concentrated their strikes in the north, traditionally seen as one of the most secure areas in the country, during this year’s fighting season.

Despite the spate of violence by the Taliban in the north, the insurgent group has been unable to hold territory in the region for any period of time.

With the official end of the NATO-led combat mission at the end of last year, Afghan forces can no longer rely on the superior air power and combat capabilities of the NATO force. The NATO-led coalition still has about 13,000 troops in the country, mostly in a train-and-advise role.