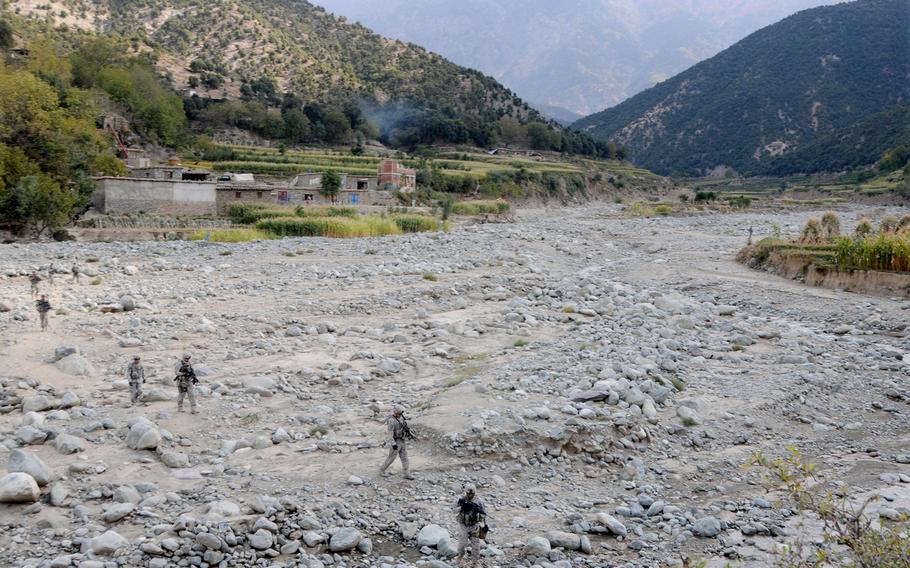 In addition to Omar Zadran, the top Taliban official for Kunar province, two senior guerrilla commanders and 12 other insurgents also died in the attack late Saturday night in Dangam district, the National Directorate of Intelligence said in a news release.

Taliban spokesman Zabiullah Mujahid immediately denied that Zadran had died. But he acknowledged in a telephone call that seven fighters had been killed by bombing in Dangam.

It was not immediately clear who launched the air attack. But in the past many such strikes in the border region have been carried out by U.S.-operated drones. Officials with the NATO-led coalition had no immediate comment.

The Taliban have “shadow governors” for all of Afghanistan’s 34 provinces, but rarely reveal the names for security reasons.

Kunar, a rugged, mountainous province on the border with Pakistan, about 150 miles east of Kabul, has been one of Afghanistan’s most volatile regions through much of the 14-year war.