Afghan forces back on offensive against Taliban as violence surges 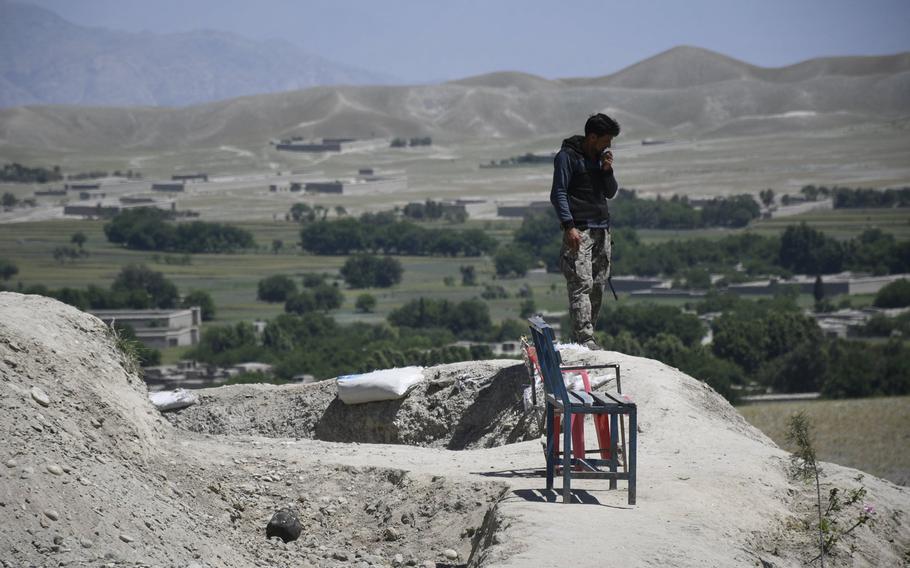 Buy Photo
A soldier with the Afghan National Army's Territorial Force looks out across rural Nangarhar province on May 10, 2020. Two days later, President Ashraf Ghani ordered troops to resume offensive operations against the Taliban amid a surge in deadly violence in the country. (J.P. Lawrence/Stars and Stripes)

KABUL, Afghanistan — Afghan security forces resumed operations against the Taliban on Wednesday, a day after attacks against a hospital in Kabul and a funeral in Nangarhar province claimed the lives of at least 40 people, officials said.

Ghani ordered the military to resume operations against the Taliban in a televised speech Tuesday night, citing increased levels of violence by the insurgent group.

NATO’s Resolute Support command said Wednesday that international forces would continue “defensive strikes” against the Taliban if they attack Afghan forces but will not shift to an offensive posture.

Ghani’s order came the same day Secretary of State Mike Pompeo called for the Afghan government and the Taliban to work together to find the perpetrators of two deadly attacks Tuesday in different parts of Afghanistan.

At least 24 people were killed, including two newborns, in an attack on a maternity clinic run by international medical organization Doctors Without Borders at a hospital in Kabul, the Afghan public health ministry said, revising the death toll upward. No one has claimed responsibility for that attack.

A separate attack on the funeral of a police commander in eastern Nangarhar province, which killed at least 25 people and wounded at least 68, has been claimed by Islamic State.

The Taliban have denied involvement in both attacks.

Pompeo called the attacks “heinous” and “particularly appalling” in a statement Tuesday. But noting that the Taliban have said they were not involved in either assault, he called on the insurgent group and the Afghan government to work together “to bring the perpetrators to justice.”

That statement “does not signal encouragement for a re-escalation of conflict,” said Andrew Watkins, a senior Afghanistan analyst at the Brussels-based International Crisis Group think tank.

Afghan security forces adopted a defensive posture before the Taliban and U.S. signed a deal on Feb. 29 that was meant to lead to a negotiated end of nearly 20 years of war. The deal says that if the Taliban keep terrorists from operating in Afghanistan, stop attacking the U.S. and its allies, and hold intra-Afghan peace talks with the government, foreign forces would begin a phased withdrawal and would be out of the country by early summer next year.

But the Taliban relaunched attacks on Afghan troops almost immediately after the deal was reached and violence across the country has continued.

Although Ghani’s office refused to comment on whether Tuesday’s attacks led him to order troops back onto the offensive, the public reaction to the violence might have forced him to take action, Watkins said.

“The intensity of many Kabul residents’ responses to the barbarity of Tuesday’s attacks seemed to put immediate political pressure on Ghani,” he said.

“No party wants to be seen as the reason this process fails — even when posturing or acting in ways that make it more difficult,” he said.