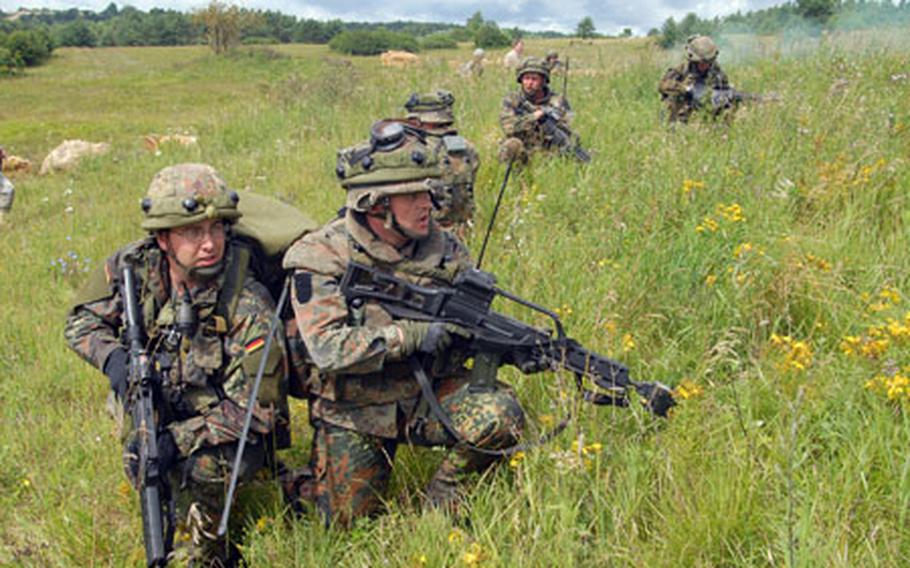 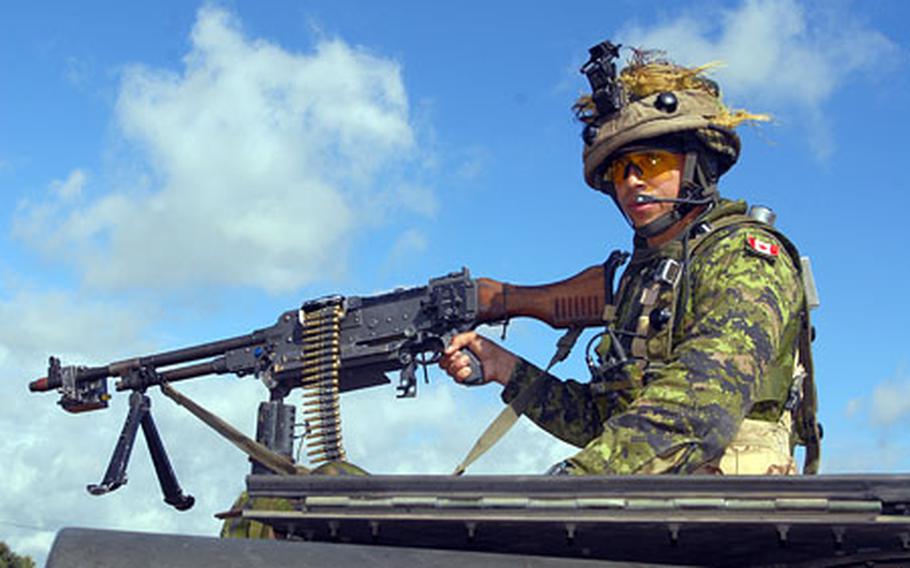 A Canadian soldier trains for deployment to Afghanistan at Hohenfels on Tuesday. (Seth Robson / S&S) 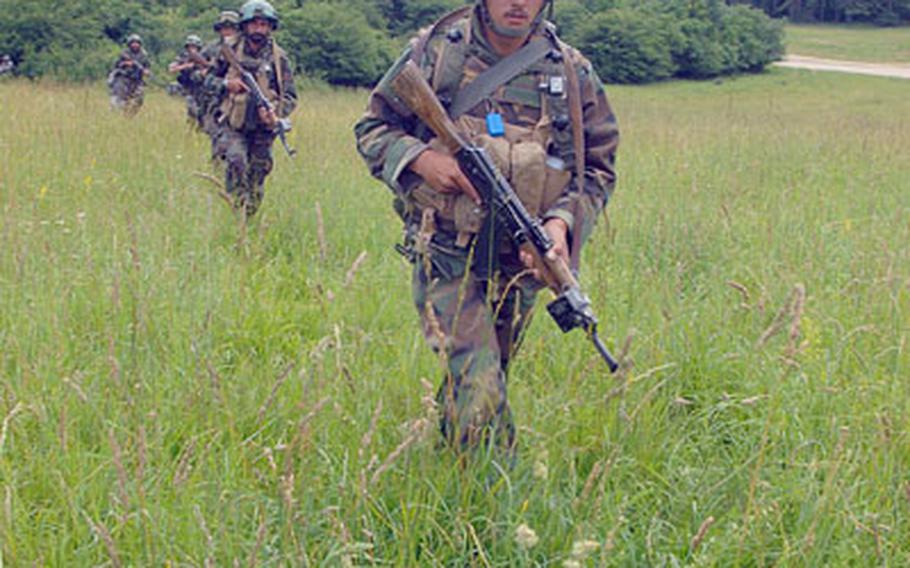 Reggie Bourgeois, executive officer of the Joint Multinational Readiness Center, said Tuesday that the facility, which includes accommodations for a platoon of 30 Afghan soldiers, is under construction inside The Box training area at Hohenfels.

The Afghan barracks is a few hundred meters from Ubungsdorf, a small artificial town used to train soldiers to fight in Iraqi and Afghan towns and cities.

So far the Afghan base includes a two-story concrete block building, a walled compound and two guard towers.

During exercises the Afghans initially will use the barracks as a base of operations but eventually they may live in the barracks whenever they come to Hohenfels, he said.

The barracks will enhance realism for troops training at JMRC, Bourgeois said.

Other construction projects are under way to expand Ubungsdorf, he said.

&#8220;Ubungsdorf has 62 buildings and it never stops growing. By the end of summer it will have 75 buildings. We have a market complex coming. We have a &#8216;baby milk factory&#8217; that can be used to make chemical weapons [as a training scenario]. We have a train station where we can replicate hostage situations,&#8221; he said.

Workers also are expanding a nearby training lane for IEDs, including two lanes of separated highway leading to another small artificial town.

A vehicle overpass is taking shape over the lane. Until recently soldiers trained by driving under a metal cage that replicated an overpass.

The IED lane&#8217;s &#8220;South Circle&#8221; in the MOUT (military operations in urban terrain) site includes 25 buildings and is growing every day, Bourgeois said.

&#8220;We are putting the buildings close to each other to replicate Sadr City because we are beginning to have a lot of sniper fire from above and we want to replicate that,&#8221; he said.

This month JMRC has more than 1,200 soldiers from 14 nations training in The Box, he said.

One of the foreign soldiers training at Hohenfels, Lt. Col. Dan Drew of the Canadian Army, said he is preparing to go to Afghanistan to train Afghan soldiers.

&#8220;I think they (JMRC) have done a great job replicating a lot of the situations we will find over there. The Americans have had a significant effort to support this training,&#8221; he said.

&#8220;When you bring the British in you bring experience in northern Ireland. The French have experience in the Ivory Coast. It makes all of us more effective. As a U.S. soldier it is encouraging to see other people bear the burden [of terrorism] in a very professional way,&#8221; he said.