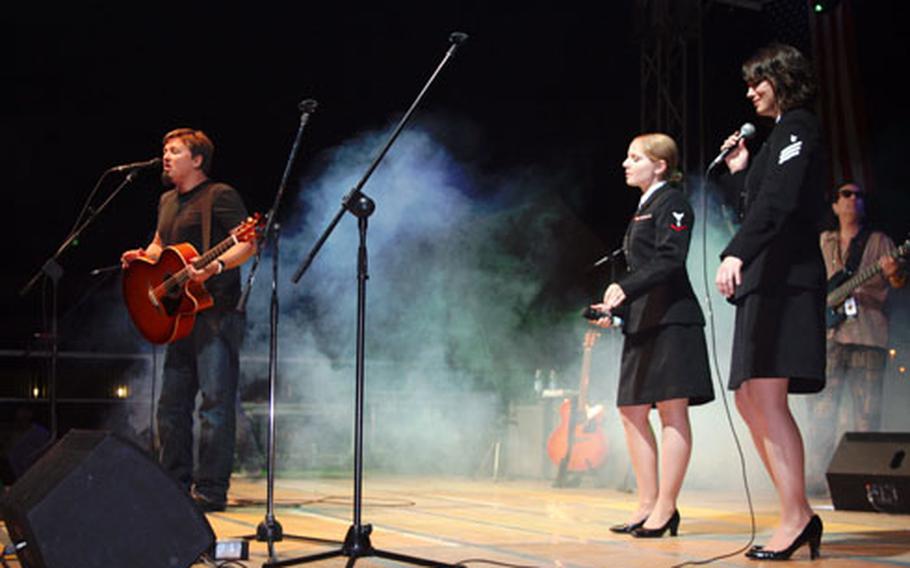 NAPLES, Italy &#8212; Capturing that perfect image paid off for a few amateur photographers this past year. After sorting through more than 300 entries, judges for the first Armed Forces Entertainment Photo Contest chose six winners from military installations in Italy, Germany, Hawaii and the U.S.

"The goal of the contest was to use the images from our talented military personnel/photographers to convey what AFE does, which is bring a piece of home to troops serving overseas," said spokeswoman Erini Sotirhos.

Winners get Nikon cameras and will have their work showcased on www.armedforcesentertainment.com

"What this showed me was that there are a lot of amateur photographers in the military community that could easily be professionals," said Col. Ed Shock, AFE chief.

The contest was open to all military personnel and dependents at overseas locations. Submissions had to feature AFE-sponsored acts performing for military audiences between January and September of this year. Officials said the contest also helped AFE increase the number of photos it could feature on its Web site.

One of the criteria for the contest was to show interaction between the performers and military personnel.

Condon is a social worker and mental health therapist stationed at Naval Hospital Naples. He said he encourages patients to use photography to express their feelings.

"I love photography as an art form and as an expressive outlet," he said.