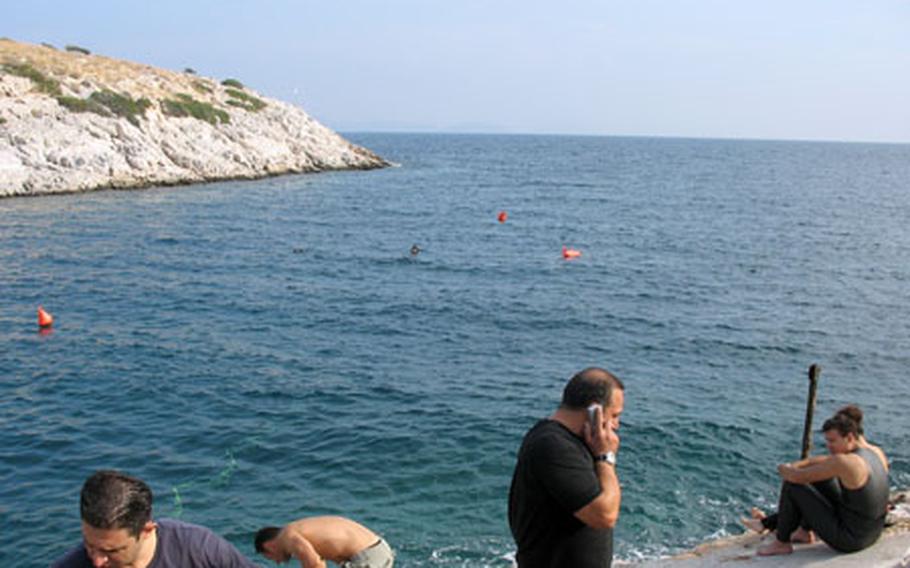 Divers volunteer at the Bay of Vouliagmeni in Greece, the spot where three Americans are believed to have drowned while cave diving 28 years ago. Two of the Americans were based at Hellenikon Air Force Base in Greece at the time. (Courtesy of U.S. Air Force)

KAISERSLAUTERN, Germany &#8212; Air Force pathologists are using DNA analysis to try to determine whether bones found at an underwater cave in Greece belong to three American divers who went missing nearly 30 years ago.

The Greek government handed over the bone specimens to the Air Force this month. The remains passed through Ramstein Air Base late last week before reaching Dover Air Force Base in Delaware, Capt. Jennifer Lovett, a spokeswoman for U.S. Air Forces in Europe, said Tuesday.

Michaud and Granroth were stationed at Hellenikon Air Base in Greece at the time. The caves are known for their treacherous currents.

Last year, volunteer divers with the Pan-Hellenic Association of Frogmen retrieved the remains and diving equipment from the bay&#8217;s caves.

The forensic testing that military pathologists are using to identify the bones is similar to methods used with repatriated remains from the Vietnam War. Lovett said it should take four to eight weeks to positively identify the remains.

There are reasons to believe the bones belong to the Americans &#8212; U.S.-made dive equipment was found with the remains. In addition, only four people are known to have died in the sea tunnels. A Greek diver died in 1990 trying to take pictures of the missing American divers.

A medical examiner from the University of Athens Forensics and Toxicology Laboratory Medical School examined the bone remains to try to positively identify them before handing them over to U.S. military officials, an Air Force press release said.