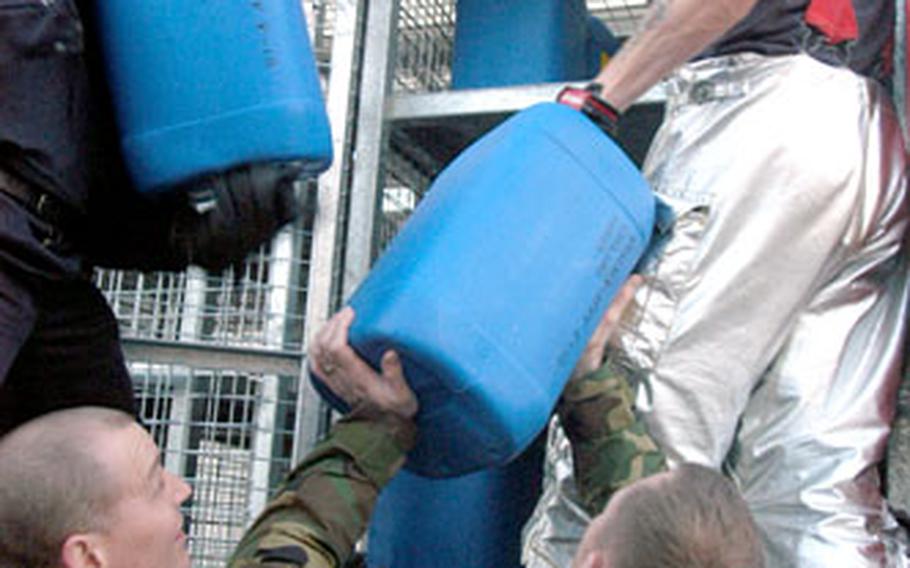 RAF LAKENHEATH, England &#8212; Air Force bases in England sent out about 2,000 gallons of fire suppressant foam Monday in response to calls from British firefighters trying to extinguish the biggest fire in England in decades.

RAF Lakenheath and RAF Mildenhall each donated about 1,000 gallons of concentrated &#8220;aqueous film-forming foam,&#8221; to British firefighters at Hemel Hempstead, where crews are battling a massive fire at an oil depot north of London.

Calls to the two bases for resources went out on Sunday, just hours after initial explosions lit the oil and gas containers, as British firefighters attempted to build up enough resources to suppress the blaze. Within a day of receiving the calls, Lakenheath had donated 1,130 gallons of the foam concentrate, while Mildenhall sent a 1,000-gallon tank full of the suppressant, delivered by one driver and an American firefighter, base officials said.

The unprecedented size of the fire has prompted the first call for major donations by British fire officials in recent years, firefighters at Lakenheath said. The last call for donations of the foam the bases keep on hand in case of runway disasters came in the 1990s, when a plastics plant caught fire, one firefighter said.