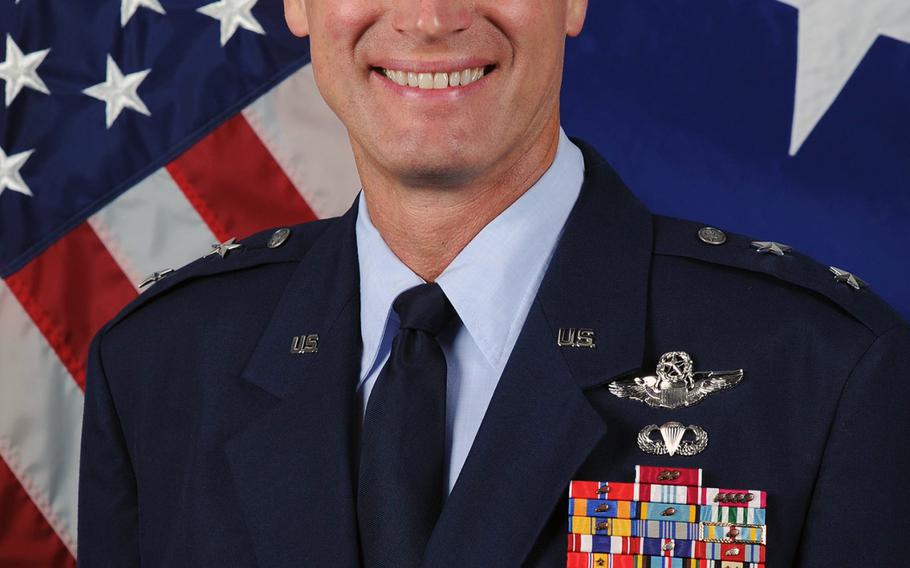 WASHINGTON — The Air Force general who told airmen that speaking to Congress about plans to retire the A-10 Thunderbolt amounts to treason has left his command position and been reprimanded, the Air Combat Command said Friday.

The service’s inspector general found that the comments by Maj. Gen. James Post, then the ACC vice commander, had a “chilling effect” and caused airmen to feel constrained about their right to speak to lawmakers about important issues, according to the command.

Post was issued a letter of reprimand and is moving from his position following the statements Jan. 10 to about 300 airmen at a Weapons and Tactics Review Board meeting at Nellis Air Force Base in Nevada. The board was discussing the controversial retirement of the A-10, which has sparked a pushback from Congress and infantry troops and pilots who believe it has unique capabilities on the battlefield.

“It was sincerely never my intention to discourage anyone’s access to their elected officials,” Post said in a released statement. “I now understand how my poor choice of words may have led a few attendees to draw this conclusion and I offer my humble apology for causing any undue strain on the command and its mission.”

Post was asked a question about the A-10 and discussed the tight budget leading to the Air Force decision to retire the aircraft. The general talked about the importance of loyalty to the decisions by senior leadership and used the word “treason” to describe airmen who discuss dissenting opinions with lawmakers, the ACC said.

The IG found that Post had been “attempting to prevent” some of the airmen from contacting their representatives on Capitol Hill, according to the command.

“General Post understands the impact of his actions and has expressed his sincere regret to me, a regret he extends to all airmen,” Gen. Hawk Carlisle, commander of Air Combat Command, said in the release.

In February, the service unveiled new plans to retire about 300 of the close air support aircraft over the coming years, saying the move would save $4.2 billion by 2019. The Air Force was hit in 2013 with sequestration budget caps and now faces austere funding as lawmakers debate ways to reduce federal spending and debt.

Some in Congress, including Sen. John McCain, R-Ariz., and Sen. Kelly Ayotte, R-N.H., have criticized the move to retire the A-10 as short-sighted and they mounted an effort beginning last year to forbid the divestment with legislation.

Ayotte had also demanded answers from Air Force Chief of Staff Gen. Mark Welsh following reports of the treason comment, and on Friday she applauded the “thorough” investigation by the Air Force.

“I hope this unfortunate incident will eliminate any doubt regarding the legal right of a servicemember to lawfully communicate with Congress about the A-10 or any other issue of concern,” she said in an email statement to Stars and Stripes.