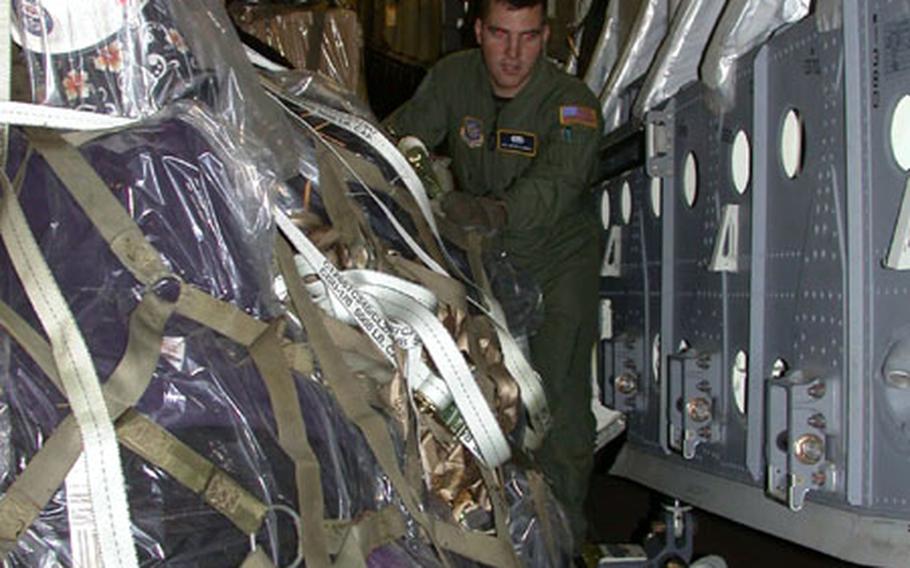 U.S. Air Force Staff Sgt. Jeffrey A. Gorrell, of the 437th Aircraft Maintenance Squadron at Charleston Air Force Base, S.C., offloads a pallet of relief supplies Monday at Kerman International Airport, Iran. Gorrell is part of a C-17 Globemaster III aircraft crew delivering humanitarian supplies as part of an international effort to bring relief to the people of Iran following a devastating earthquake in the city of Bam. (Courtesy of USAF)

U.S. Air Force Staff Sgt. Jeffrey A. Gorrell, of the 437th Aircraft Maintenance Squadron at Charleston Air Force Base, S.C., offloads a pallet of relief supplies Monday at Kerman International Airport, Iran. Gorrell is part of a C-17 Globemaster III aircraft crew delivering humanitarian supplies as part of an international effort to bring relief to the people of Iran following a devastating earthquake in the city of Bam. (Courtesy of USAF) 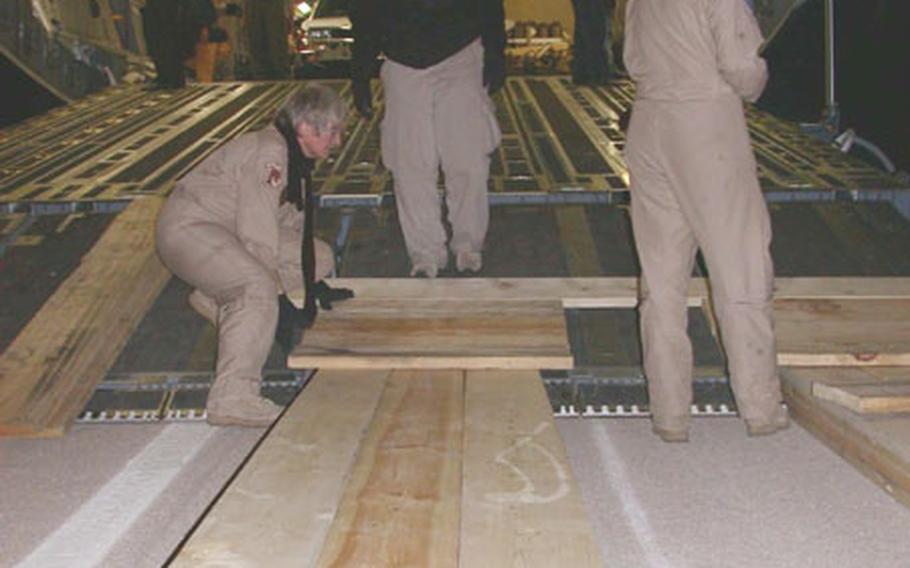 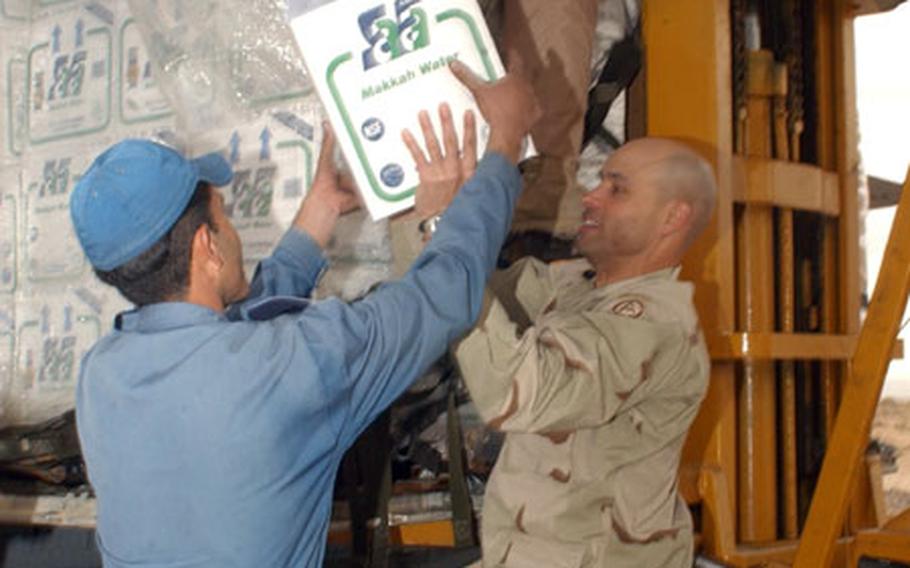 A small group of U.S. airmen served as goodwill ambassadors earlier this week while delivering medical supplies and personnel to quake-stricken Iran.

The Air Force delivered more than 350,000 pounds of supplies and a small team of American civilian doctors to the country that has lost tens of thousands of people to a devastating earthquake Dec. 26 that centered near the ancient city of Bam.

&#8220;It was a very good mission for us,&#8221; said Col. Bret Klassen, commander of the mission and the first American off the plane. Dozens of Air Force personnel assigned to the region participated in the mission, which involved 12 flights into an airport in Kerman, about 75 miles northwest of Bam.

Crews from the Illinois Air National Guard piloted their C-130 aircraft, currently based in Kuwait, in and out of the country. Klassen said ongoing missions in Operation Iraqi Freedom weren&#8217;t affected.

Klassen, serving a year in the region as director of a logistics readiness center, and the first crew delivered about 20,000 pounds of relief supplies late Saturday night.

Part of the initial mission was the assessment of the local airport.

&#8220;We looked at [using] some C-5s, but the airfield we were at was probably not going to be able to handle them, especially with the heavy use by aircraft from other nations who were there,&#8221; he said.

So most missions were accomplished with the help of the smaller C-130s. Two C-17s also made trips.

Klassen returned on a follow-flight Sunday and stayed overnight with three other team members. Two of those airmen, Master Sgt. John Brook and 1st Lt. Nicholas J. Sabula, are based in Europe and serving four-month rotations in the area. Heading into Iran &#8212; a country the United States has had little dealings with in decades, and still labels a sponsor of terrorism &#8212; was not high on their agendas.

&#8220;It was strange and I was a little nervous on the way over there,&#8221; said Brook, a member of the 48th Communications Squadron at RAF Lakenheath in the United Kingdom.

But the Iranian reception quickly changed that.

In fact, Brook said he was asked to sign autographs several times and the group was put up overnight at a local four-star hotel.

He said he&#8217;ll have a few stories to share with his wife, Janice, and two children when he returns to Europe.

Sabula, a public affairs officer at Aviano Air Base, Italy, was along to help facilitate stories with members of the Iranian and international media on hand. He said he talked to more than 200 people, and the reception was universally positive.

The airmen got the opportunity to meet and work with members of the Iranian military. Such contacts have been virtually nonexistent since the U.S.-supported Shah of Iran was overthrown in 1979.

Klassen said Wednesday that no American military personnel were currently in the country and the mission may be over. But he said crews are ready to go again if they&#8217;re needed.