Advocate for victims of sexual assault focuses on compassion 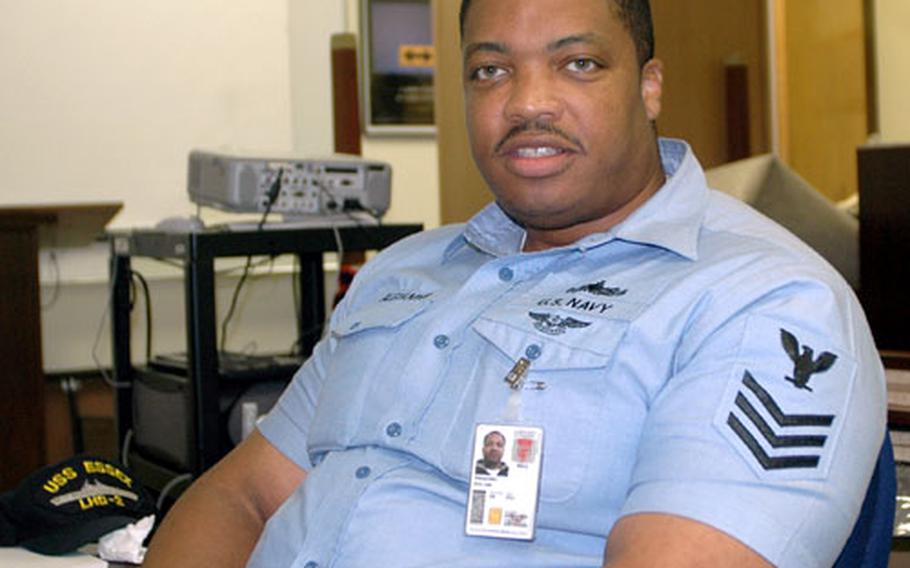 SASEBO NAVAL BASE, Japan &#8212; Compassion does not always come in an obvious package.

Currently he does that work on the USS Essex. Ask why and his gentle nature quickly emerges.

Training focused on Pentagon policy changes implemented June 14. One change, she said, is a requirement to have trained victim advocates available at all times at all afloat and deployable commands.

In addition, confidentiality is enhanced for the victim and others involved by offering choices for how to report an attack, Bowen said.

Alexander, a 19-year Navy veteran, served a prior tour in Japan on the USS Kitty Hawk. During that tour he dedicated himself to Christianity and, he said, his focus shifted to seeing that &#8220;there&#8217;s more to the world than just myself. It&#8217;s more about sharing, caring and about helping other people.&#8221;

Four years ago, before he arrived in Sasebo as an information technician on the Essex, he trained as a victim advocate at Naval Air Station Pensacola, Fla.

With the goal of making victims as comfortable as possible when working with advocates, Bowen said, &#8220;we try to match the gender of an advocate and victim.&#8221;

Alexander recalled that in Pensacola he was the only male assisting rape victims.