Advance team from Okinawa setting up in Pakistan 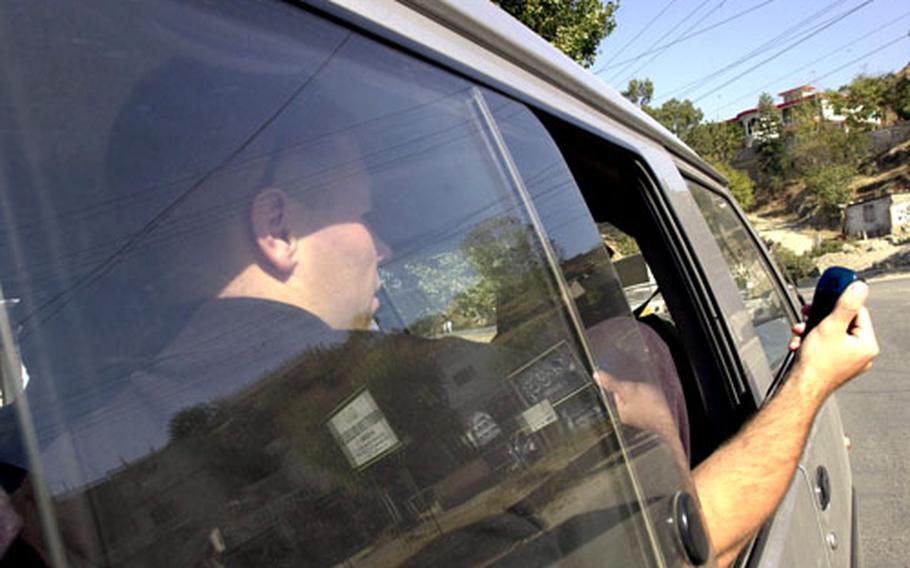 Marine 1st Lt. Stephen Kopach holds a Global Positioning System out the window of the van he rode in from Islamabad to Shinkiari, Pakistan, while mapping out the route the deploying unit from III Marine Expeditionary Force from Okinawa will be taking when they arrive here. (Fred Zimmerman / S&S)

Marine 1st Lt. Stephen Kopach holds a Global Positioning System out the window of the van he rode in from Islamabad to Shinkiari, Pakistan, while mapping out the route the deploying unit from III Marine Expeditionary Force from Okinawa will be taking when they arrive here. (Fred Zimmerman / S&S) 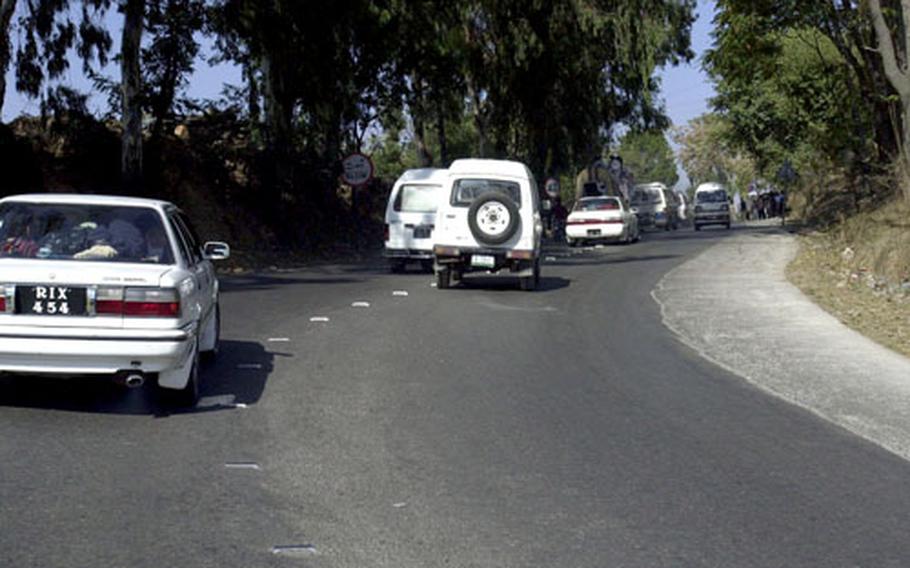 Part of the III MEF advance group maps out the course the main body of their detachment will take from Islamabad to Shinkiari. More than 200 Marines and sailors from throughout the 3rd Marine Logistics Group are heading to Pakistan to provide humanitarian relief to earthquake victims. (Fred Zimmerman / S&S) 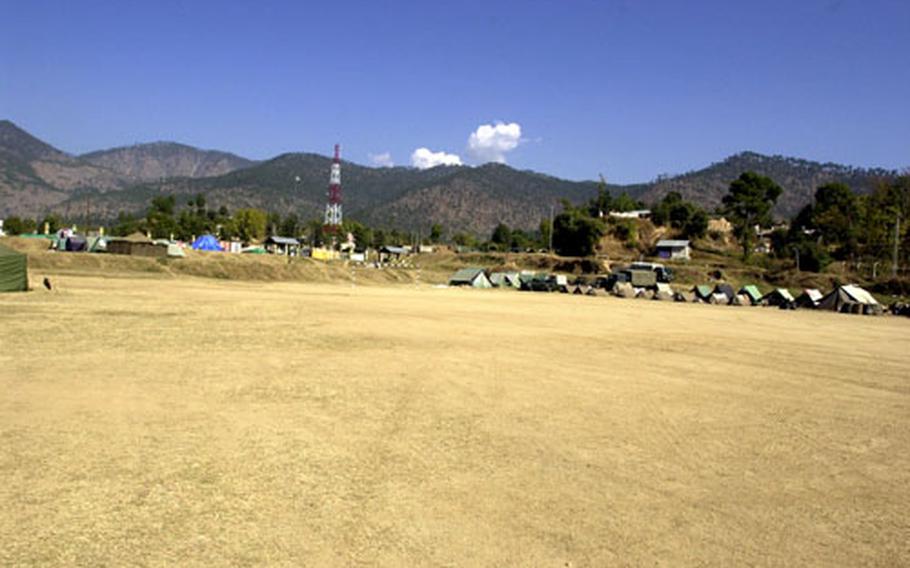 The dry and dusty site in the Himalayan Mountains in Shinkiari, Pakistan, where the III MEF detachment will set up. The group, which includes the Bravo Surgical Company from 3rd Medical Battalion, should be completely set up by midweek. (Fred Zimmerman / S&S)

SHINKIARI, Pakistan &#8212; The advance group from Okinawa-based III Marine Expeditionary Force traveled to the site where the soon-to-arrive detachment will set up shop to provide medical assistance and humanitarian aid to earthquake victims here.

Those already on the ground are preparing for the arrival of equipment, sailors and Marines over the next several days. The first aircraft packed with cargo was to arrive early Sunday morning, with the remainder of the equipment and the almost 200 remaining Marines and sailors to arrive Monday and Tuesday. The detachment should be set up and ready to see patients in this mountainous town by week&#8217;s end, said Capt. Danny S. Chung, 3rd Marine Logistics Group spokesman.

The medical side of the deploying group is the Bravo Surgical Company from 3rd Medical Battalion, which is bringing an operating-room suite with two tables and a mobile emergency room. They also will have available services and equipment including four ambulances, a laboratory, pharmacy, X-ray and the ability to house up to 90 patients.

&#8220;Assets from III MEF include truck drivers, force protection personnel and other support members who comprise this detachment,&#8221; Chung said.

Half of the group traveled to the site by helicopter while the remainder got there via van to map out the course. Those in the van made the 108-mile trip in four hours, navigating heavy traffic and winding mountain roads. Driving can be treacherous here as locals frequently turn two-lane roads into three lanes. Feverish honking doesn&#8217;t warn of possible accidents but tells those being passed that the driver intends to come through no matter what.

&#8220;The route is straightforward but traffic is obviously dangerous,&#8221; said 1st Lt. Stephen Kopach, in charge of mapping out the route Saturday. Still, he said, &#8220;I think the Marines will be able to successfully navigate the route.&#8221;

Kopach said training will be held for drivers to make the journey from Chaklala Pakistani Air Force Base to Shinkiari, so they get to know the route and what to expect. Taking their time and knowing landmarks will help them arrive safely, Kopach said. He said he expects the military vehicles to take from six to 10 hours to make the trip.

Once there, the detachment is to set up camp in a dry, dusty soccer field.

&#8220;Our location here in Shinkiari is important as many who suffered from the earthquake are traveling from higher elevations,&#8221; Chung said. &#8220;Our proximity will help people get the medical treatment they need.&#8221;

One sailor on the advance team, Chief Petty Officer Patrick Bishop, said, &#8220;I just want to get up there&#8221; to begin helping people.