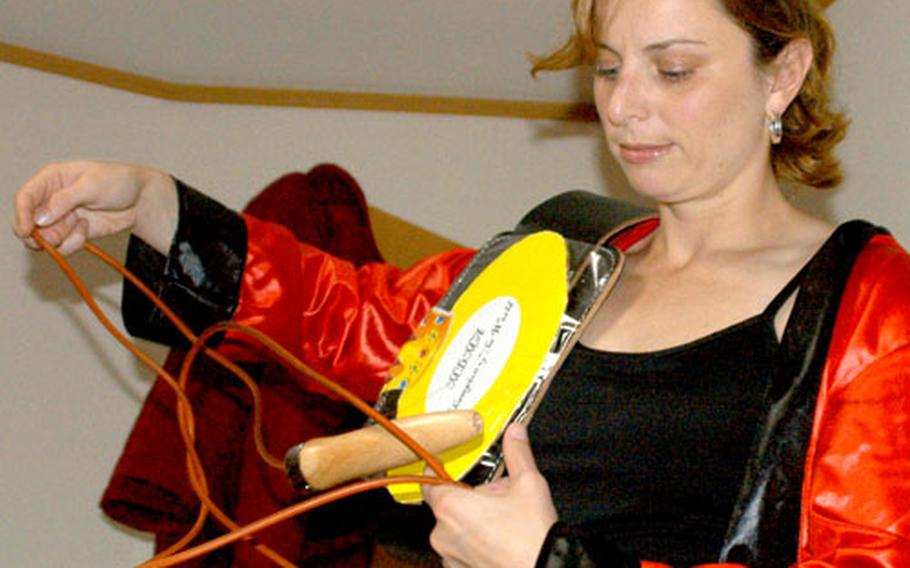 YOKOSUKA NAVAL BASE, Japan &#8212; The weekend before Halloween is a time of spirited soul searching for the 18-and-over crowd.

The holiday begs the question: Who is the bigger Hallow-weenie? Adults who dress up? Or those who leave the costumes to the kiddies?

It&#8217;s a ghastly dilemma to be sure, said some at Yokosuka Naval Base on Thursday.

While several adults announced their intentions to celebrate Halloween, most didn&#8217;t have costumes picked out yet.

&#8220;Witch&#8221; ranks No. 1 as the most popular pick of adult costumes, according to the National Retail Federation&#8217;s 2007 Halloween Consumer Intentions and Actions Survey, conducted by BIGresearch.

NRF estimates over one-third of adults will dress in costume this year, with their top picks being witch, pirate, vampire, cat and princess.

But Petty Officer 2nd Class Jerry Rozier plans to be one of the two-thirds of adults who will spend the holiday costume-free. Rozier doesn&#8217;t celebrate Halloween at all, he said.

Others were going to live vicariously through their children, like spouse Jennifer Moltman, who plans to transform her daughter Zoey into a green-skinned zombie cheerleader.

&#8220;My wife&#8217;s idea,&#8221; Grigsby said. The last time he donned a Halloween costume was four years ago, but he has no problem with adults getting into the Halloween spirit, he said. It all depends on the occasion.