Admiral makes nostalgic visit with focus on the future 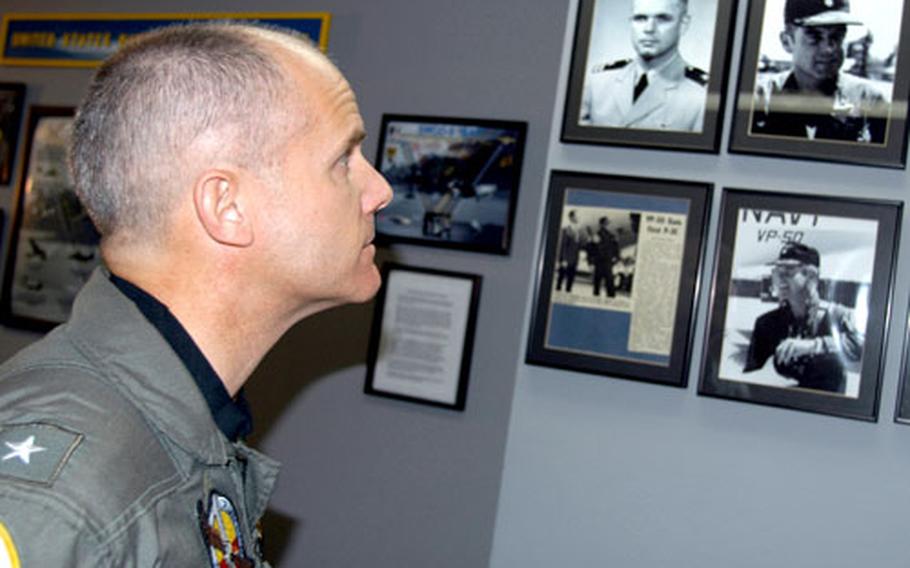 His dad, the late Charles O&#8217;Brien Prindle, also was a rear admiral when he died while on active duty in 1985.

Both Prindles made a Navy career in maritime patrol and reconnaissance.

Their paths crossed again last week, when the younger Prindle made a stop at Commander Task Force 72 headquarters in Misawa &#8212; his second visit since 2002, when the building was named in honor of his father, the Rear Adm. Charles O&#8217;Brien Prindle Naval Tactical Support Facility.

While last week&#8217;s visit was nostalgic &#8212; the son took time to look at newspaper clippings and photographs of his dad hanging on the quarterdeck walls &#8212; Brian Prindle came to conduct business.

Prindle said he believes his late father would be amazed at how the P-3 is used today.