Admiral: Its time to focus ‘in a big way’ on preventing sexual assault 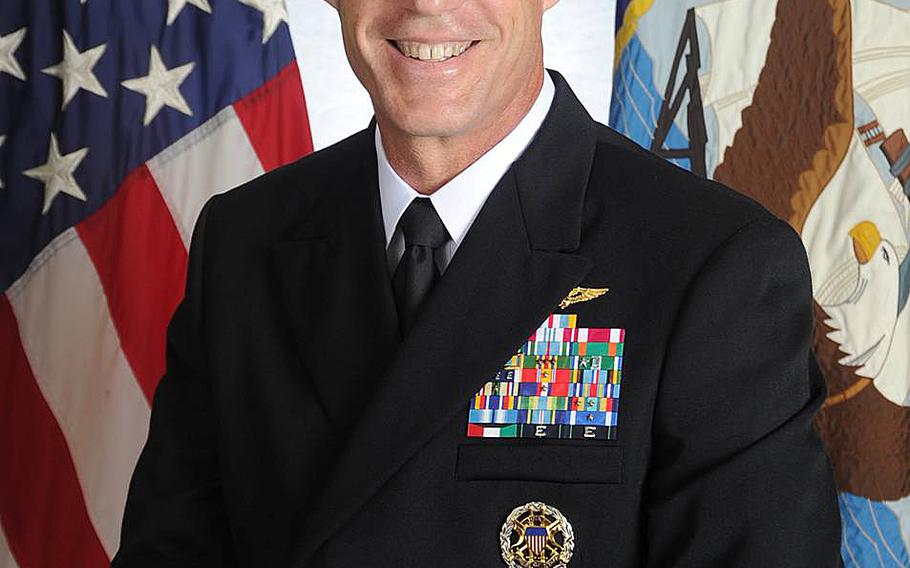 MANAMA, Bahrain — The U.S. Navy admiral in charge of sexual-assault prevention told victims’ advocates here the time has come for the Navy to “shift rudder” and focus more on prevention.

In a meeting with about 30 advocates on Naval Support Activity Bahrain Thursday, Rear Adm. Sean Buck praised them for helping the Navy build a “world-class response system,” describing it as a benchmark in holding perpetrators more accountable than ever before.

Buck, director of the Navy’s 21st Century Sailor office, said that for the past two years “we have thrown the kitchen sink at response.” He pointed to a variety of efforts, including increasing the number of Naval Criminal Investigative Service personnel probing such cases, and attorneys specifically trained to prosecute perpetrators. Buck said that in Norfolk it now takes about 81 days for Naval Criminal Investigative Service to investigate a sexual assault case, compared with 300 days in the past.

Buck told the group of servicemembers and civilians now is the time to focus on prevention in “a big way.”

“I don’t think we have focused on it enough yet,” Buck said, adding that a two-year strategy to make a priority of prevention and to sustain the current response system will soon be published. Navy officials say the plan will factor alcohol misuse into the equation and target destructive behavior that can potentially lead to sexual assault.

“I think I can try to prevent bad guys from within from going after our sailors ... so stand by if you’re a bad guy,” Buck said.

He said his goal is to eliminate sexual assaults but acknowledged that the reality of human nature means the problem will always exist in the Navy.

Buck asked the victims’ advocates what tools and resources they need to do their job. One answered they needed money to buy spare clothes for the victims because all of a victim’s clothes and other items are taken as evidence. “That’s exactly what I need to hear,” Buck responded.

“I don’t think sexual assault is taken as seriously as it should be,” at the work center level, he later told Stars and Stripes. The training needs to focus more on sexual assault being seen “as something that is done to a person and not done to a statistic,” explained Gerwitz, who said he appreciated the admiral’s willingness to have an open dialogue and candid conversation with the group.

The fact that he turned the chair backward and sat down, “made me feel comfortable and more able to talk,” said Gerwitz.