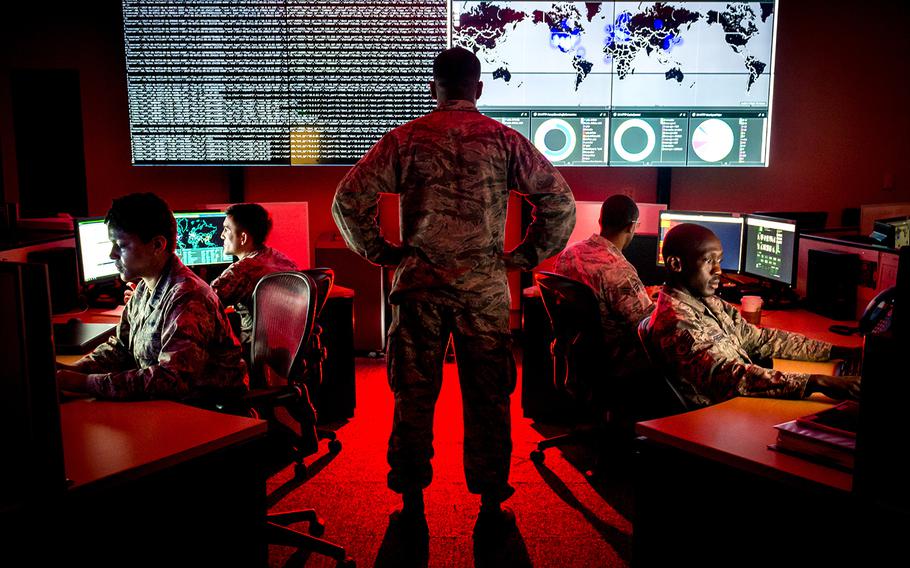 WASHINGTON — The leader of U.S. Cyber Command said Tuesday that he needs more authority from the White House to effectively combat foreign interference in American domestic affairs and its elections.

Adm. Mike Rogers, who runs Cyber Command and the National Security Agency, said he would need permission from President Donald Trump to do more to stop meddling from Russia, which has been accused of using cyber tactics to influence the 2016 U.S. presidential election through social media and hacking political databases.

“I’ve never been given specific direction to take additional steps outside my authority. I have taken the steps within my authority, trying to be a good, proactive commander,” Rogers told the Senate Armed Services Committee during a hearing on the proposed Cyber Command budget for 2019.

He said he must work within the chain of command at the Department of Defense.

“I’m an operational commander, not a policy maker, that’s the challenge for me as a military commander,” Rogers said. “I am not going to tell the president what he should or should not do. I’ll use my chain of command to make my recommendations to the secretary (of defense).”

Rogers, who took over Cyber Command in April 2014 and is set to retire in the spring, told the committee that he hasn’t been ordered by Trump to pursue further options against the Russians and said several times that Cyber Command could be doing more.

Rogers did not specify what exactly he’d like to change about U.S. strategy in fighting cyber warfare, but said: “We have not opted to engage in the behaviors they’re engaging in.”

Rogers was questioned by several senators from both parties, including Tim Kaine, D-Va., who said: “We’ve been humiliated as a country.”

Sen. Angus King, I-Maine, asked Rogers who is in charge in the case of a cyber attack. Rogers said the Department of Homeland Security would take the lead.

“What worries me is whether anyone is in charge,” King said.

Rogers also said other departments such as the FBI and the Treasury Department have important roles to play.

But he said, so far, the U.S. response hasn’t deterred or changed the behavior of the Russians.

“They haven’t paid a price,” Rogers said. “It certainly hasn’t generated the change in behavior that we all know we need.”

“State actors have gotten more aggressive, not less aggressive,” Rogers said, pointing to Russia, China, North Korea and Iran. “You look at the level of investment they are making. It is significant.”