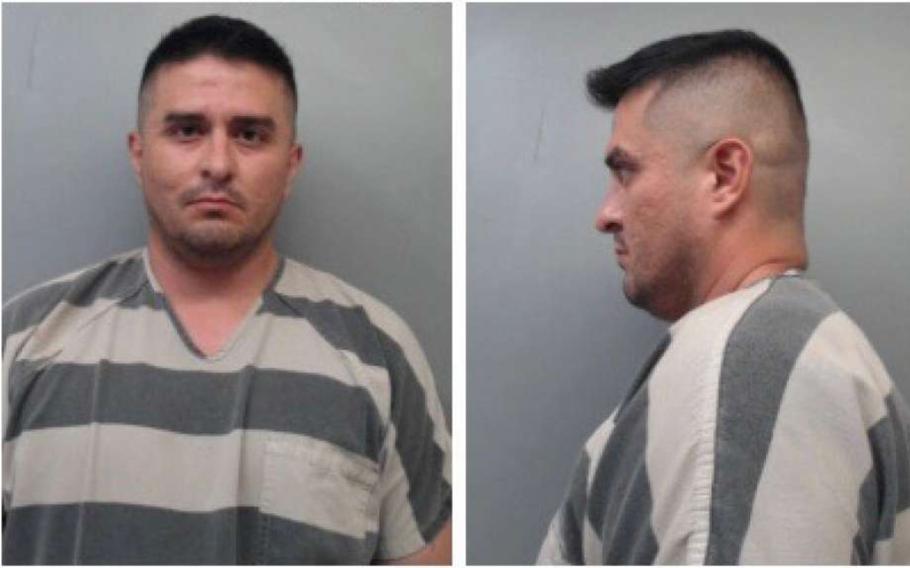 AUSTIN, Texas — For nearly eight years, accused serial killer Juan David Ortiz served as a corpsman in the Navy at installations in Texas and California, according to his service record.

Ortiz, 35, was arrested Saturday and charged with murdering four women in Laredo, Texas, where he has worked as a Border Patrol agent for U.S. Customs and Border Protection. He is now in Webb County Jail with a bond of more than $2.5 million, according to online jail records.

He enlisted in July 2001, and after six months of training at Recruit Training Command, Great Lakes, Ill., and Navy Medicine Training Support Center, Fort Sam Houston, Texas, was stationed at Camp Pendleton, Calif., according to information from the Navy Personnel Command.

A few months later, Ortiz was sent to the 1st Marine Division Detachment at Twentynine Palms, Calif., where he spent the next three years. While this unit was involved in the 2003 invasion of Iraq, Ortiz’s released service ribbons do not indicate that he participated. If he deployed on a temporary assignment, it likely would not be included in his releasable service assignments.

Ortiz spent his final year in the Navy at the Fort Sam Houston’s Navy Medical Training Support Center. It is the administrative arm of the Navy’s medical programs in the San Antonio area.

He left the Navy in May 2009 at the rank of Petty Officer 2nd Class. His awards and decorations include the Joint Meritorious Unit Award, National Defense Service Medal and the Rifle Marksmanship Ribbon.