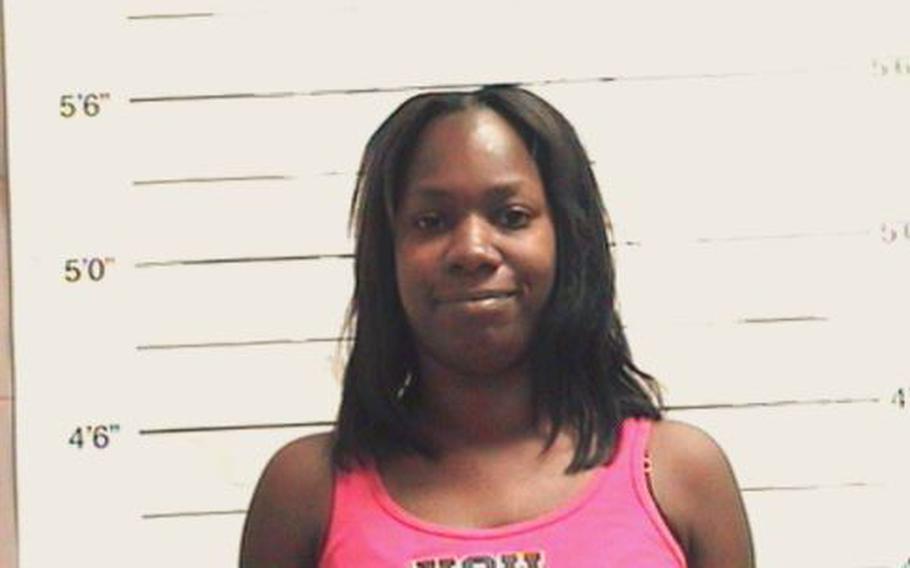 Sircaria Coleman was an Army private when she left the 2nd Brigade, 4th Infantry Division at Fort Carson, Colo., in November 2005. Coleman was arrested on Jan. 29, 2018, and will face desertion charges. (Courtesy of Orleans Parish Sheriff's Office)

WASHINGTON – An Army private missing from her Colorado duty station for years was arrested aboard a cruise ship in New Orleans last week and will be transported to Fort Carson to face desertion charges, according to law enforcement and Army officials.

Sircaria Coleman, 31, was arrested without incident Jan. 29 by Port of New Orleans Harbor Police on an outstanding desertion warrant issued by the Army, said Donnell Jackson, a spokesman for the Port of New Orleans. The warrant was flagged during the U.S. Customs and Border Protection agency’s routine screening of incoming passengers boarding the Carnival Triumph cruise ship set to depart on a Caribbean trip, he said.

Coleman was an Army private when she left her unit -- 2nd Brigade, 4th Infantry Division -- at Fort Carson in November 2005, said Aleah Castrejon, a spokeswoman for the Army post in Colorado.

It was not clear Monday when the Army charged Coleman with desertion. Court records show Coleman was previously arrested in August 2012 on a misdemeanor marijuana charge in Cado Parish in Louisiana, which includes her hometown Shreveport. She was released from jail at that time on $850 bond and was not flagged for extradition to Fort Carson, according to the records. She did not return to the Army following that arrest, Castrejon said.

On Monday, Coleman was in the process of being extradited to Fort Carson to face the desertion charge, according to court and jail records. The charge carries a maximum penalty that includes five years of imprisonment, a dishonorable discharge and forfeiture of pay.