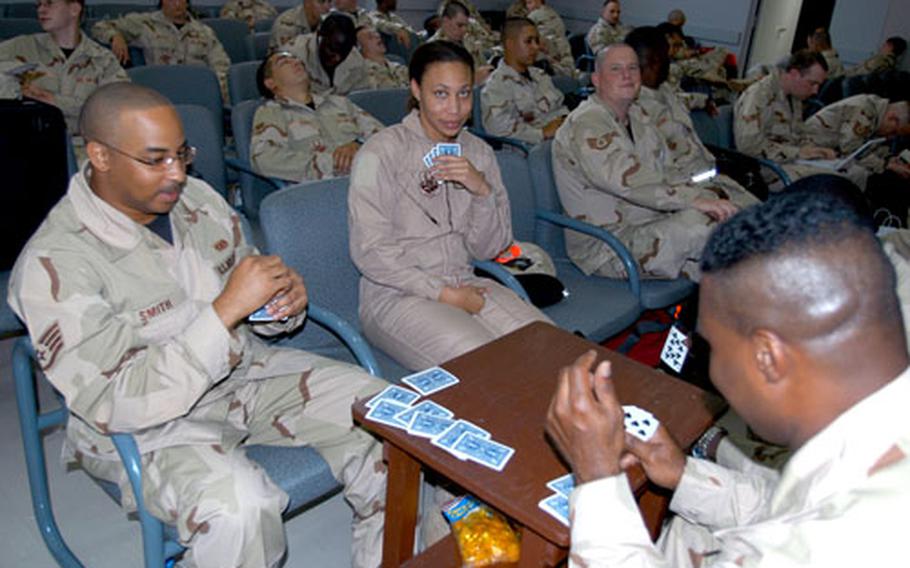 Some of the 300 Pacific Air Forces airmen waiting to deploy to the Middle East whittle away the time Wednesday at the passenger terminal at Misawa Air Base, Japan, with a game of cards. (Jennifer H. Svan / S&S)

Some of the 300 Pacific Air Forces airmen waiting to deploy to the Middle East whittle away the time Wednesday at the passenger terminal at Misawa Air Base, Japan, with a game of cards. (Jennifer H. Svan / S&S) 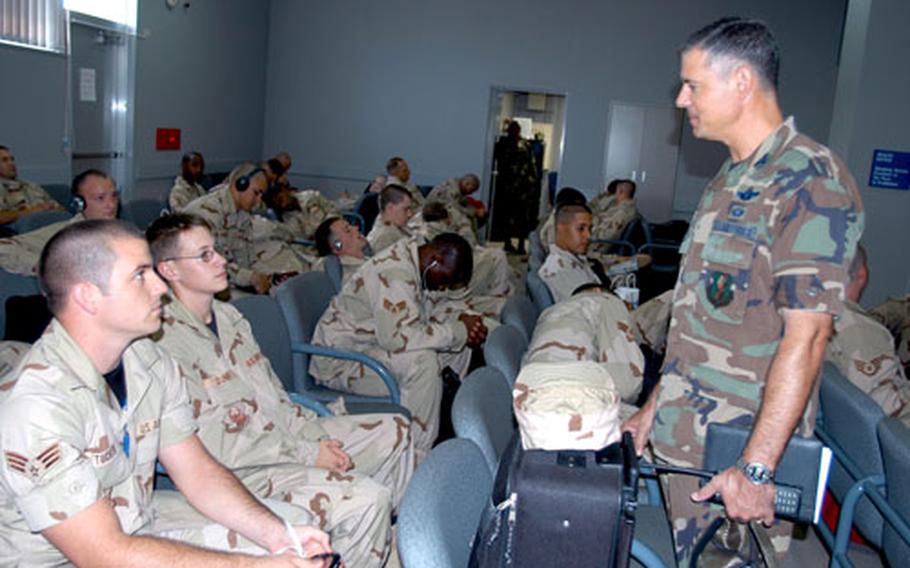 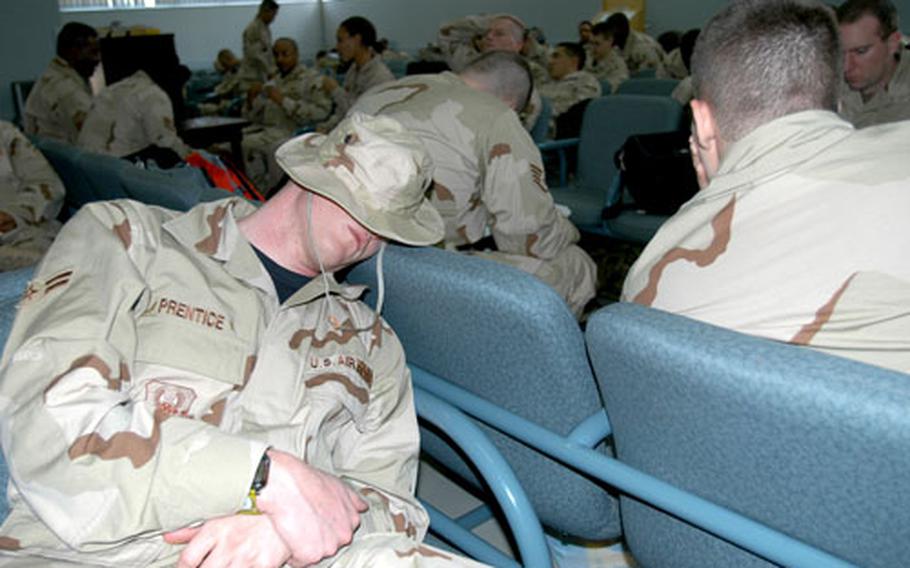 An airman first class catches some Z’s at Misawa Air Base, Japan, Wednesday morning while waiting to deploy as part of an Aerospace Expeditionary Force rotation in support of ongoing operations in Iraq and elsewhere in the Middle East. (Jennifer H. Svan / S&S)

MISAWA AIR BASE, Japan &#8212; The next Aerospace Expeditionary Force rotation is almost under way for about 300 airmen from across the Pacific theater.

Misawa&#8217;s passenger terminal Wednesday morning was a sea of desert camouflage, as troops from Misawa, Yokota and Kadena air bases, as well as Elmendorf Air Force Base, Alaska, waited their turn to support ongoing operations in Iraq, Kuwait and Southwest Asia locations.

But they&#8217;ll have to wait at least one more day: The L-1011 commercial jet scheduled to depart Wednesday was grounded due to an equipment failure, base officials said.

The troops, nevertheless, are some of the first Pacific Air Forces airmen to deploy for the next 120-day, September-January AEF cycle. Military officials have said PACAF was tapped for about 1,400 airmen this go-round.

Misawa is packing up just over 100 airmen, mostly from civil engineering and logistics readiness; Elmendorf added another 100, with Yokota and Kadena rounding out the rest.

Officials said four to five PACAF groups were due to depart from Misawa later this month for the region on a chartered flight. In the past, airmen would leave in small, scattered groups, relying on a combination of military and commercial aircraft as they hopped across the U.S. and Europe.

Wednesday marked the first time the base used the passenger terminal to outprocess and deploy for an AEF &#8212; and will continue to do so in the future since it&#8217;s more comfortable than a hangar, Cornell said.

Before the jet broke, 35th Services Squadron provided a breakfast spread, while the Army and Air Force Exchange Service handed out goodie bags with deployment essentials such as shaving cream and beef jerky.

Misawa airmen began outprocessing at the crack of dawn Wednesday. Some listened to music, others dozed; a few whittled the time playing cards. Their emotions were mixed, from fired-up enthusiasm to trepidation about the unknown.

Brittnie Alvarez and Alia Dumas, airmen first class from 18th Security Forces Squadron at Kadena, were embarking on their first deployment &#8212; to Kuwait for six months.

For Dumas, 23 and a single parent, leaving behind 16-month-old Jayden with relatives in the States was gut-wrenching.