About 1,700 troops now fighting wildfires in California and three other states 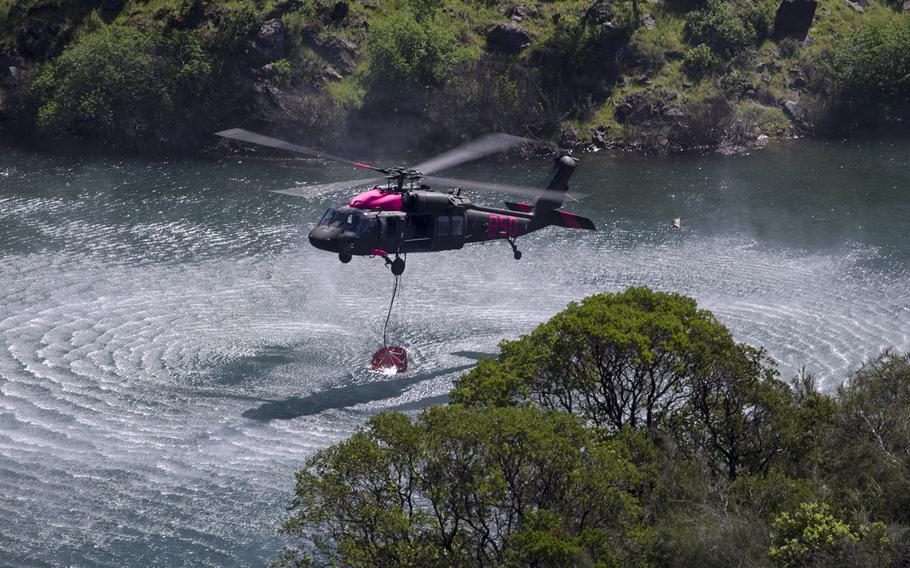 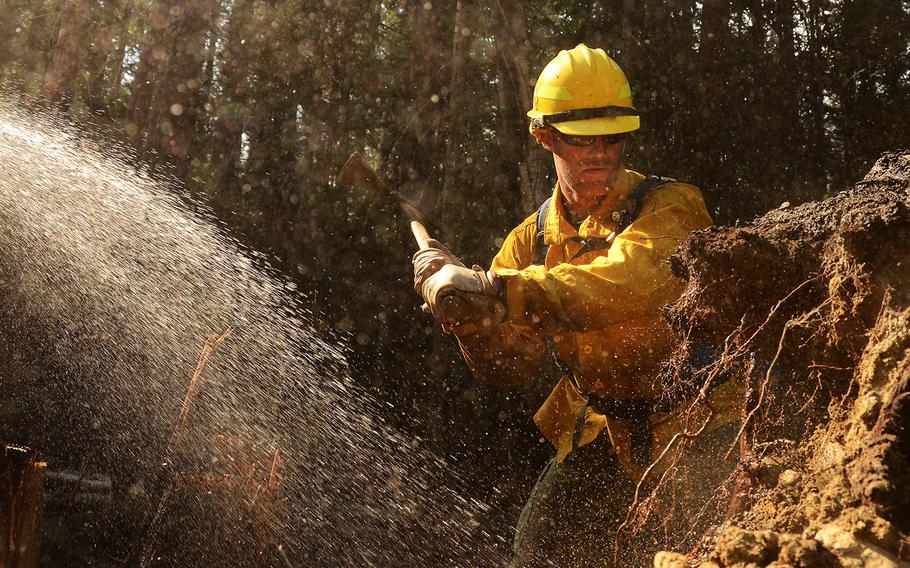 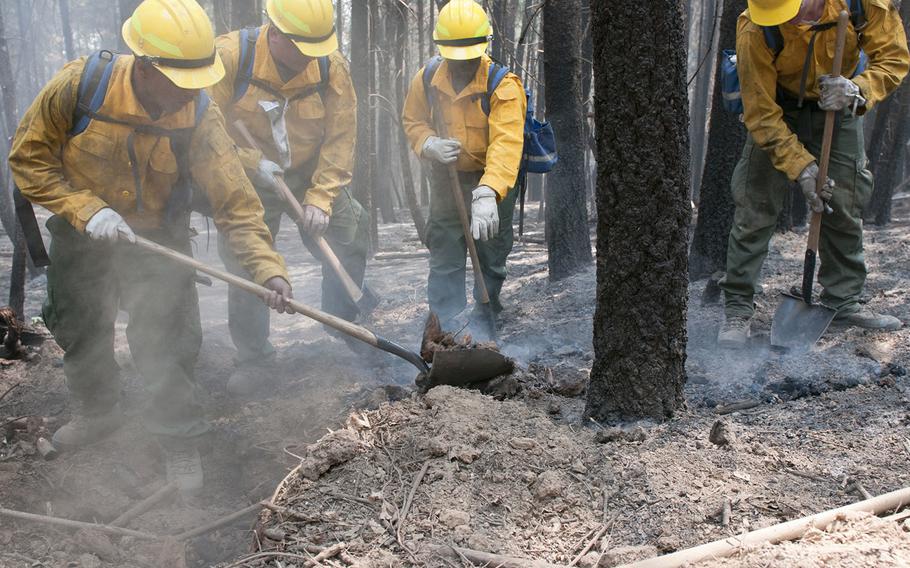 Nearly 1,500 California National Guardsmen and 200 active-duty soldiers are fighting wildfires in four western states, according to a report from the National Guard.

In California, where 760,000 acres have burned or are burning, 969 guardsmen have been activated, Maj. Gen. Matthew Beevers, the assistant adjutant general of California Joint Force Headquarters, said Wednesday at a Pentagon briefing on the guard’s monthlong firefighting operations. Troops are using 22 aircraft and more than 100 vehicles to combat the largest wildfire the state has seen, he said. Members of the Nevada National Guard also have been sent to help in California.

The largest of the 21 fires listed at the website for the California Department of Forestry and Fire Protection, known as Cal Fire, is the Mendocino Complex Ranch Fire. It alone covers nearly 315,000 acres and is about 60 percent contained.

Two California guardsmen, Staff Sgt. James Brown and Sgt. Julian Ross, spoke at the briefing and described conditions in California of high winds, “firenadoes,” and heavy smoke. Both men have been flying manned and unmanned aircraft through the fires to provide medical assistance, water buckets and near real-time video feeds of conditions on the ground.

“We are able to see exactly where the fires are, whether that be burned infrastructure, damaged homes, even if it’s out in the middle of a forest, we see all the trees in relation to that fire line. Fortunately, we are able to use sensors to be able to make call outs and protect individuals who may be under threat,” Brown said. “It is very beneficial to Cal Fire chiefs … that they are able to see exactly where their fire lines are at any given time up to 24 hours a day.”

The Army National Guard is contributing medevac teams that are trained to provide medical assistance and water-bucket drops, said Ross, a pilot on the medevac task force. He described flight conditions as similar to a combat zone, except without shooting.

“There are some dangers, it’s very smoky, and the fire’s just everywhere,” he said. “Like any tornado, the aircraft can get sucked into [firenadoes], then pulled to the ground because you’re trying to fly away from it.”

Aside from tracking and quelling the flames, these air assets also help protect and provide aid to the fire crews working on the ground. Joint Base Lewis-McChord in Washington sent 200 soldiers to California from the 14th Brigade Engineer Battalion, who were trained prior to deployment on the fire line by the U.S. Forest Service, Beevers said.

“Their job is to manage fire lines and cold line and warm line maintenance,” he said. “This keeps contained fires from jumping around to reignite hot spots.”

Similar wildfire operations are going on in three other states. There are 300 guard members in Oregon, where more than 712,000 gallons of water have been dropped from CH-47 Chinook helicopters, according to information from the National Guard.

Beevers said these firefighting operations are similar to ones that the National Guard has participated in years past, with the exception of the “extraordinary scale.”

“You can tell over last four to five years these fires are getting bigger and they are burning more erratically. That’s got a lot to do with the five years drought the state (of California) experienced,” he said.