Aboard the Truman, servicemembers wait for the next step 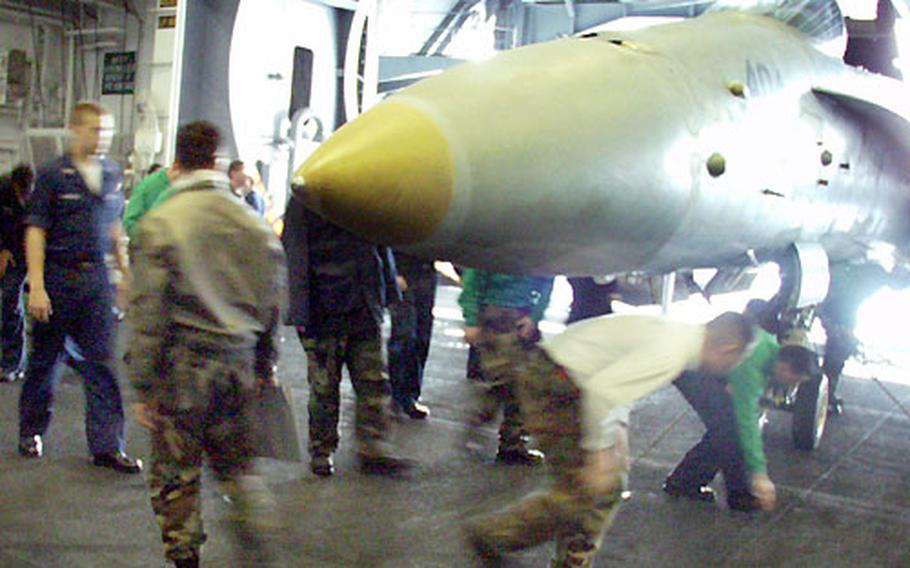 Servicemembers aboard the USS Harry S Truman duck under aircraft while looking for debris in the hangar bay during a Foreign Object Damage walkdown. (Kendra Helmer / S&S)

Servicemembers aboard the USS Harry S Truman duck under aircraft while looking for debris in the hangar bay during a Foreign Object Damage walkdown. (Kendra Helmer / S&S) 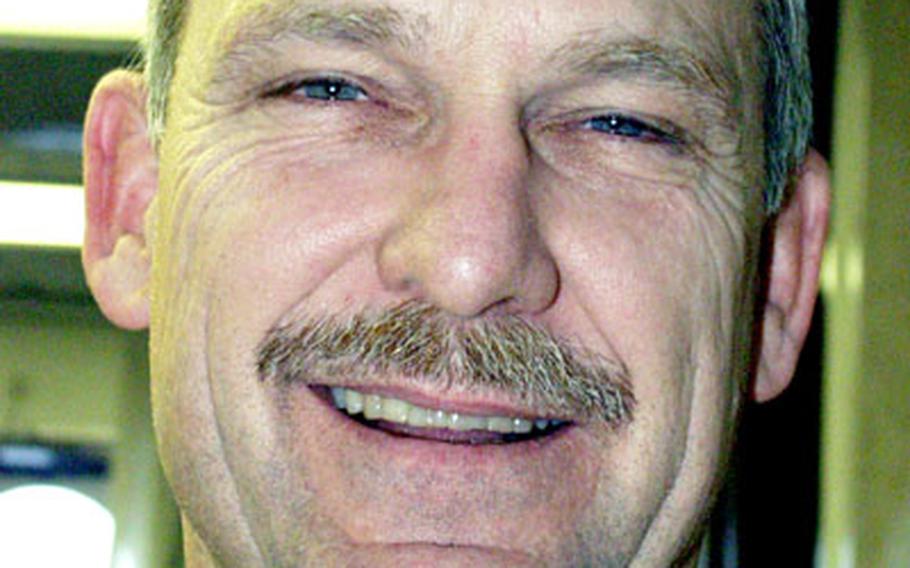 Petty Officer 1st Class Tony Rice says he left paradise in Cuba to get in the game.

Rice is among about 5,400 servicemembers on the Norfolk, Va.-based aircraft carrier, awaiting word on what their role will be if the United States goes to war. The ship is in the midst of a six-month deployment.

Groothousen said even though his crew is young, it&#8217;s very team-oriented, and he&#8217;s confident in its abilities.

Rice, 32, left his position as chief master-at-arms at Camp X-Ray in Cuba last year to be close to the action.

As they wait for the call, crewmembers go about their duties.

At least twice a day, about 100 troops respond to the Foreign Object Damage walkdown call, during which they slowly walk the hangar to pick up debris, such as pens and screws, that could do great damage if sucked into a plane&#8217;s engine.

After dark, sailors work under the yellow glow of sodium vapor lights so the ship is less visible, doing maintenance on the more than 80 aircraft on board.

Several sailors said they focus on their jobs rather than the headlines.

For some extra support, many troops are increasingly turning to the chaplains on board. Lt. Cory Cathcart, a chaplain for the ship, said the number of people attending religious services has increased as the deployment has gone on.

Lt. Matthew Stevens serves as chaplain for five destroyers and a frigate in the group, which he flies among them on the &#8220;holy helo.&#8221;

Nearly two months into the deployment, he said he was helping Marines and sailors reset their emotions.