Aboard the Enterprise, landing gently in the dark of night 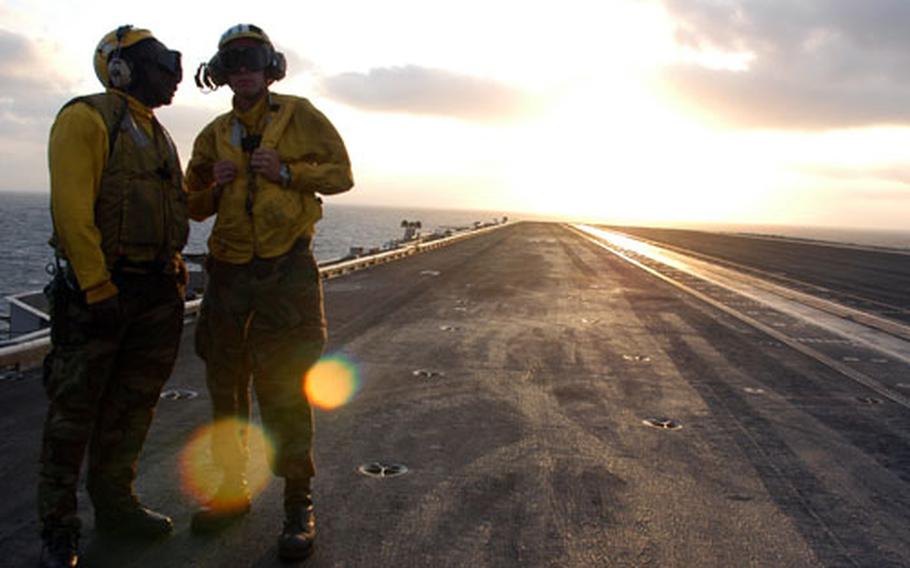 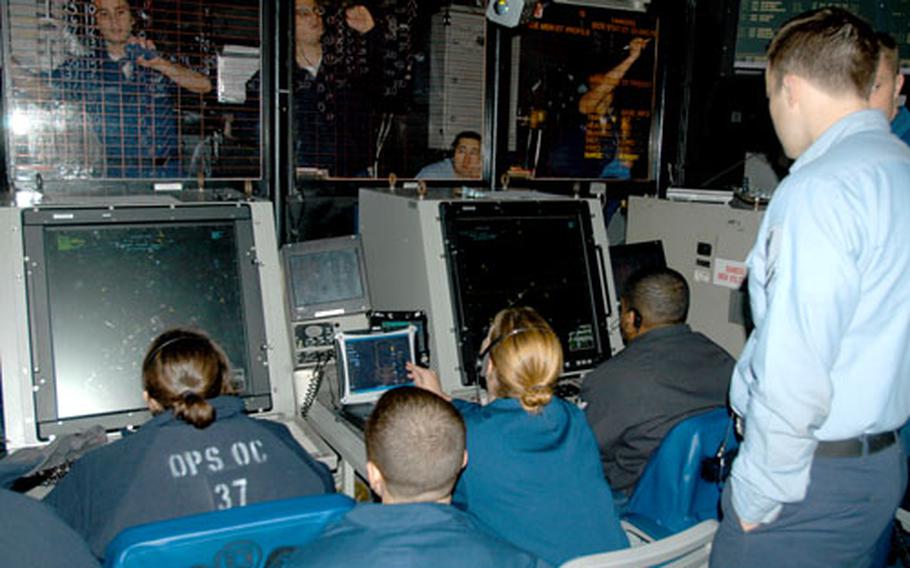 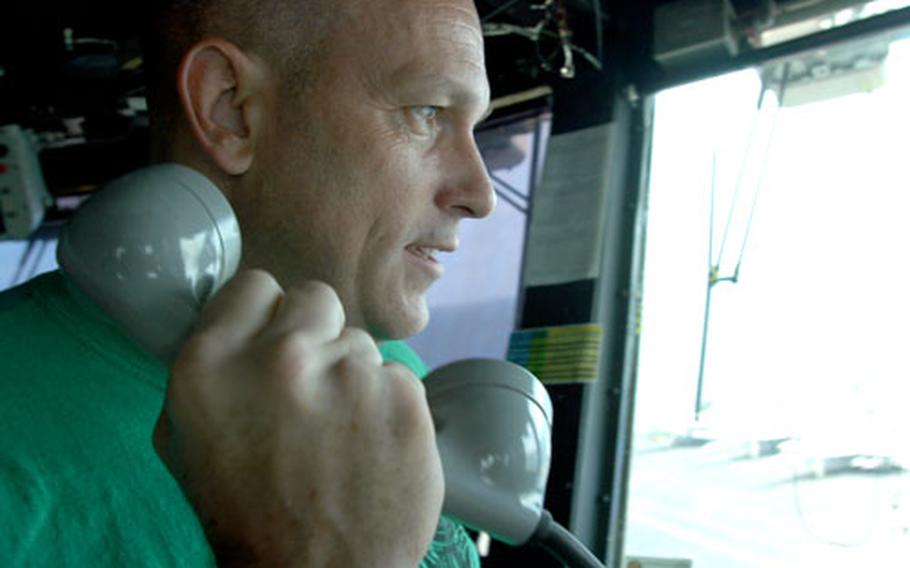 ABOARD THE USS ENTERPRISE &#8212; Standing on the bridge, ship Capt. Lawrence Rice watches in the dark as aircraft land one after another on the carrier deck below.

It&#8217;s a clear, calm night in the Arabian Sea with a bright moon illuminating the floating runway. These are optimal landing conditions, but no one involved in bringing the planes home safely takes anything for granted.

On this particular night, attention is focused on one aircraft that failed to land on its first attempt.

Carrier night landings go hand in hand with adrenaline. Even seasoned pilots respect the inherent risk: &#8220;Night landings are pretty intense, especially when it gets dark and the moon goes down,&#8221; said one Super Hornet pilot with Strike Fighter Squadron 211 from Virginia Beach, Va.

Coordinating the landing from the carrier are the air boss, the ship&#8217;s captain and the air operations officer.

The air boss, Cmdr. Ryman Shoaf, directs more than 600 people working on and below the flight deck launching and recovering aircraft, two procedures done in succession. That&#8217;s when the ship is most vulnerable, because it&#8217;s moving into the wind, in a straight line.

Down below in the Carrier Air Traffic Control Center, air operations officer Cmdr. Steven Finco trouble-shoots. If a jet is having problems en route to the carrier at night, Finco springs into action. He&#8217;ll put someone from the pilot&#8217;s squadron on the radio with the cockpit and ask the captain to slow or speed the ship, depending on the situation.

A series of four braided steel cables &#8220;trap&#8221; the plane&#8217;s tail hook, bringing the aircraft to a dead halt in seconds. Miss those wires and the pilot must accelerate to avoid dropping into the deep blue, and then circle around to try again.

Tankers are hovering by for in-air refueling, but at night, if there&#8217;s no moonlight or the weather&#8217;s bad, the pilots may have trouble seeing one another, Finco said.

Rice breathes a sigh of relief when the aircraft that missed on its first attempt lands safely. &#8220;That was it, end of major event of the night,&#8221; he said.

With the Enterprise&#8217;s Carrier Air Wing One aircraft flying six- to seven-hour combat missions over Afghanistan and logistics runs to Iraq, pilot fatigue is also a concern, since carrier landings take quick eye and hand coordination.

At night, air traffic controllers direct aircraft to the deck, communicating to the pilots the optimum flight path. Aviators can line up their approach with a crosshair display on the plane&#8217;s instrument panel. They also can choose a Mode 1 approach, allowing the controller to lock in the aircraft to a flight path.