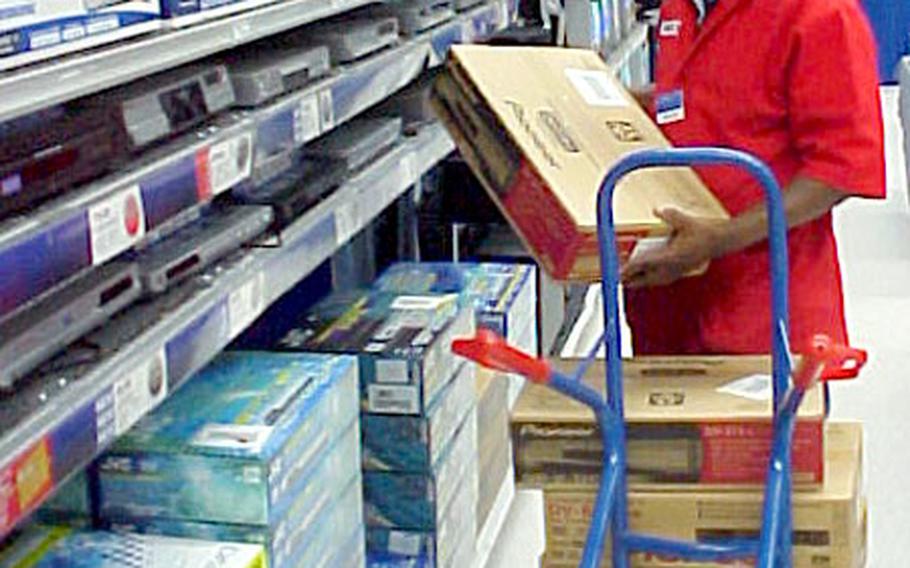 W&#252;RZBURG, Germany &#8212; While 1st Infantry Division troops were busting their humps in Iraq, AAFES officials were busy back at the ranch.

&#8220;We wanted to make it a welcome-home surprise,&#8221; said Stan McGhee the consolidated exchange&#8217;s general manager. &#8220;We looked at our options and saw the long-term status with the troops deployed as the best time to do renovation work.&#8221;

&#8220;This is a big one for the soldiers. It really cuts down on waiting time,&#8221; Koch said. &#8220;Sometimes there was so much business at the TKS office that troops had to wait in line for a while. One guy would be getting a new phone set up, while 10 people were waiting behind him who just wanted a phone card.&#8221;

Once the troops came home, AAFES said it &#8220;brought in the cavalry&#8221; to handle the increased sales volume. Over a 45-day period beginning in mid-February, AAFES brought in 30 employees from throughout Europe and the Balkans to give family members who worked for AAFES some time off with their newly returned soldiers.

The replacements worked up to five weeks in the W&#252;rzburg area, AAFES officials said.

Also, AAFES transferred merchandise from all around Europe to the W&#252;rzburg area to meet the demands of the 13,500 returned troops.

Now, AAFES is preparing to spoil the troops one last time during the 1st ID welcome-home ceremony May 16.

From May 16 until May 22, AAFES will have storewide sales culminating in a raffle to give away a new car.

Troops should sign up for the raffle now at any of the W&#252;rzburg area stores and attend the giveaway May 21 at 1 p.m. at the Leighton Barracks post exchange.