AAFES: Shoplifting incidents up in 2007 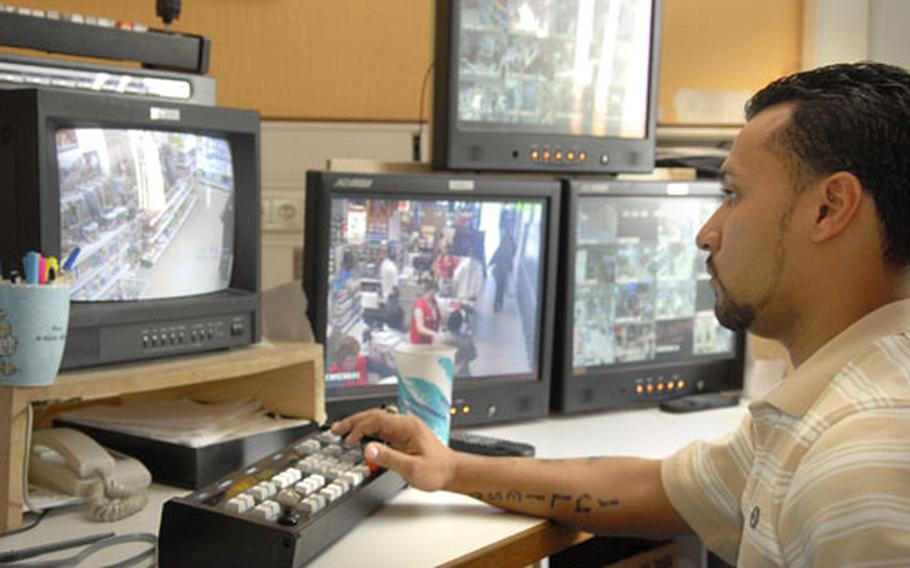 Despite enhanced preventive measures, theft at Army and Air Force Exchange Service stores worldwide increased last year, which led to higher costs for military consumers, according to a news release.

In 2007, there were 7,635 cases in which shoplifters were caught, compared to 7,542 the previous year. While incidents were up only about 1 percent, the average cost of products in detected cases climbed more than 8 percent, from $119 per incident in 2006 to $129 last year.

Throughout Europe in 2007, the number of shoplifters caught at AAFES stores rose while the value of the lifted merchandise fell.

Name-brand electronics, designer purses and perfumes were among the hottest items stolen in 2007, the release stated. It triggered increased costs for the military community as losses of &#8220;high-end&#8221; merchandise soared from $898,851 to $985,244 worldwide last year, a nearly 10 percent rise from 2006.

&#8220;Shoplifting at the exchange results in a reduced return on investment to our primary shareholders &#8212; the military community,&#8221; Gerald Danish, vice president of loss prevention for AAFES, said in the release. &#8220;Because AAFES [has] a mission to return earnings to [Morale, Welfare and Recreation] activities, shoplifting at the BX or PX is essentially the same as taking money directly from the pockets of the military families that exchanges serve.&#8221;

&#8220;It goes right back to myself, the serviceman,&#8221; he said, adding that people are basically stealing from themselves.

In the past decade, AAFES has contributed more than $2.4 billion to military quality-of-life programs, according to the release.

The organization says it continues focusing efforts on reducing the temptation of customers to steal. AAFES has safeguards in place to discourage shoplifting, ranging from video surveillance to undercover store detectives who mingle with customers.

Loss-prevention associates also are testing &#8220;intelligent video analysis solutions&#8221; capable of alerting personnel to crucial incidents as they happen, the release states. The new systems will allow security to intervene before merchandise even leaves the store.

&#8220;No one likes catching shoplifters,&#8221; Danish said. &#8220;In fact, one of our major objectives is to deter shoplifting before it ever happens by educating shoppers of all ages on the exchanges&#8217; ability to monitor and record activity throughout the store. It&#8217;s our hope that individuals who might be considering theft will see the security measures, think twice and make the right decision for their family and career.&#8221;

Active-duty servicemembers usually are prosecuted through military legal channels, with disciplinary action often left to a commander&#8217;s discretion. Civilians and dependents charged with shoplifting are referred to base disciplinary boards.

Punishment may include suspension of AAFES privileges, community service and loss of job opportunities. In some instances, repeat offenders face banishment from base. In addition, AAFES charges shoplifters and accomplices a $200 fee through the Federal Claims Collection Act, a civil recovery program that allows retailers to pursue merchandise losses and administrative costs.

In the release, AAFES said there may be further penalties, depending on the stolen merchandise&#8217;s condition.

Stars and Stripes reporter Geoff Ziezulewicz contributed to this report.