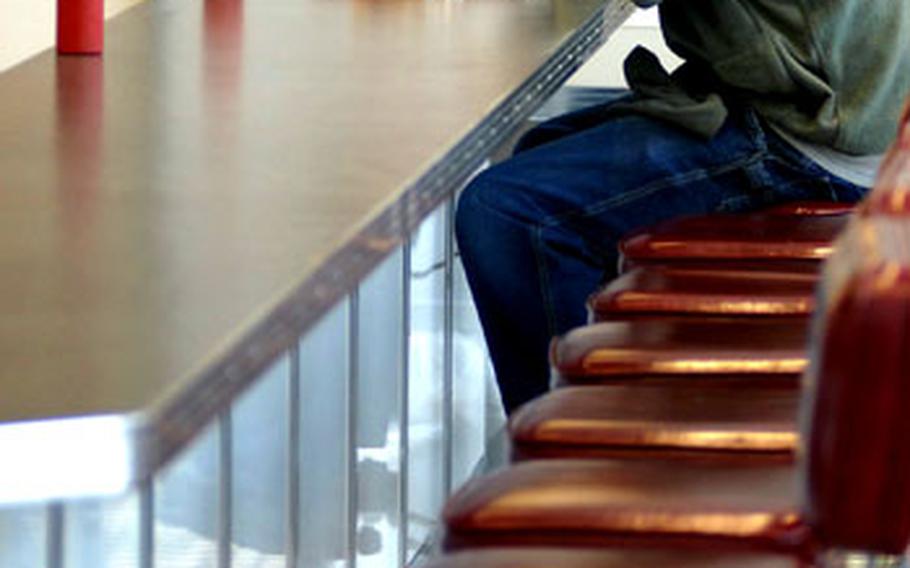 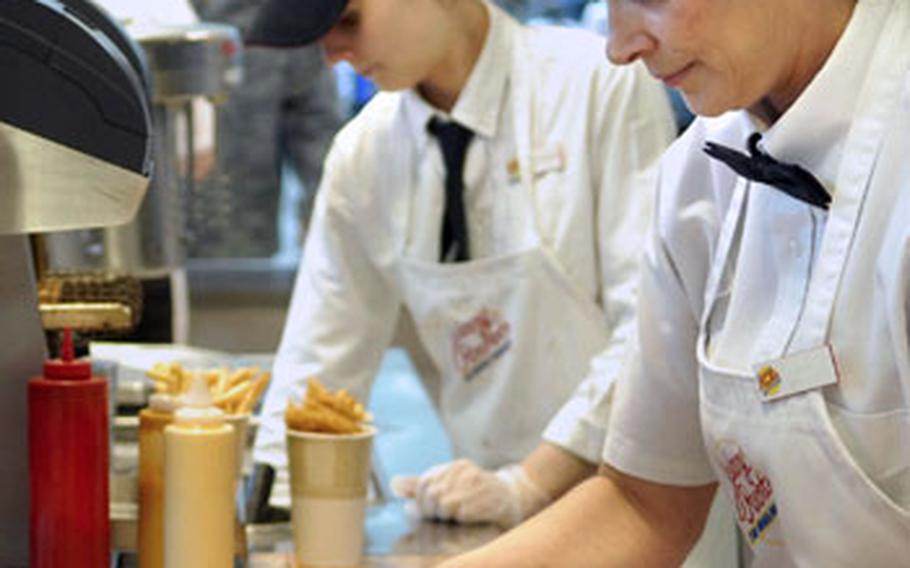 STUTTGART, Germany &#8212; Food court diners in Europe who want to know how much fat, calories and salt are in their burgers, tacos, and pizza will now be able to look it up on the Army and Air Force Exchange Service Web site, AAFES announced Tuesday.

Nutritional information from a variety of fast-food joints, including Burger King, Popeyes and Captain D&#8217;s, is being made available just a week after delegates at the U.S. European Command quality of life conference raised concerns about obesity and lack of healthy eating in the military community.

During the EUCOM conference, which generated a top-10 list of quality of life issues facing the European military community, a focus group proposed that the military launch a campaign to promote healthier eating options and awareness. As part of that effort, it recommended AAFES post the dietary information of its fast food vendors.

More than 16 percent of active-duty servicemembers who receive care at military medical facilities fall within the national Centers for Disease Control and Prevention&#8217;s criteria for obesity. And 34 percent of beneficiaries who are not active-duty military personnel also are obese &#8212; 4 percent higher the U.S. national average, according to Tricare, the military health care system.

"Providing nutritional information is an important step in giving our customers the tools they need to make informed choices and to help address problems of obesity, diabetes, and heart disease," Moreno Alarilla, chief of Restaurants & Reel Time Theaters for AAFES Europe, said in a news release.

But the AAFES decision stops short of providing more information to customers at the point of purchase. Not all vendors elect to post nutritional facts at the counter for customers, which prompted AAFES to put information at www.aafes.com for 16 restaurants operating at European bases.

"If you can&#8217;t find the information on the wall at the restaurant then you can go to this Web site and find out," said AAFES spokesman Lt. Col. Wayne Marotto.

While some food court vendors such as Burger King and Subway post nutritional data for customers, AAFES doesn&#8217;t have the authority to order a franchise to make that information available at restaurants, according to Marotto. And AAFES does not have plans to collect food facts on its own from vendors and post them at food courts around Europe. Those are decision to be made by individual franchises, Marotto said.

Information from some other vendors, such as Johnny Rockets, that isn&#8217;t available on the AAFES Web site, is available at calorielab.com.