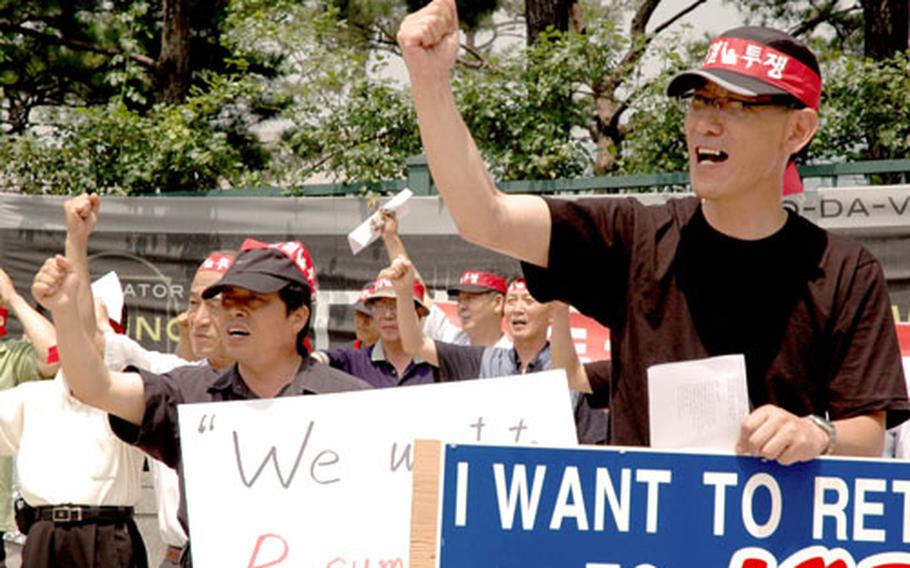 YONGSAN GARRISON, South Korea &#8212; A second on-base taxi company soon may serve U.S. military bases in Area I and Area II, according to a top official of the Army and Air Force Exchange Service.

AAFES wants to provide 50 extra taxi cabs on Yongsan Garrison in Seoul and major bases in the Uijeongbu and Dongducheon areas during peak hours on weekdays and during the weekends, said Betty J. O&#8217;Brien, AAFES general manager for Korea.

The exchange service also wants to have a formal contingency plan in case of another drivers&#8217; strike, she said Friday.

The second contract, if awarded, would not change the relationship between AAFES and Worldcup Arirang Tourism Co., O&#8217;Brien said.

But a labor dispute with Arirang and its drivers in July culminated in a two-week strike during monsoon season, stranding U.S. Forces Korea passengers and hamstringing AAFES, which couldn&#8217;t provide supplemental service in that short time frame.

A second company with a current contract could help alleviate that problem, O&#8217;Brien said. The second company, however, likely would work differently than the Arirang cabs, she said.

Most likely, the 50 extra drivers would accept only won, not U.S. dollars. Also, they would not have a dispatch center, waiting instead at key locations such as post exchanges, Dragon Hill Lodge, commissaries and 121st General Hospital.

Commanders still are finalizing safety and contractual requirements needed before negotiating a final plan, O&#8217;Brien said. Rates also have yet to be negotiated, she said.