AAFES gas prices in Europe will be going up this weekend 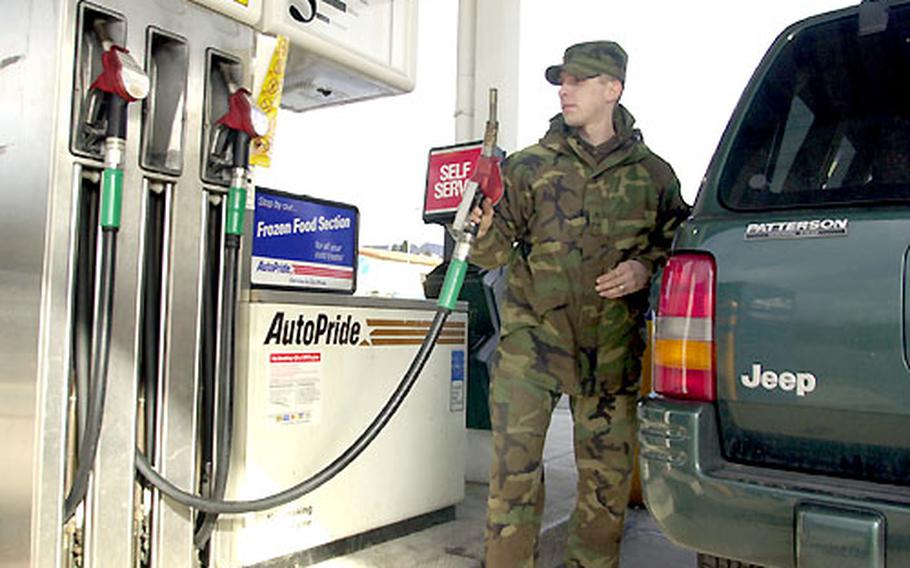 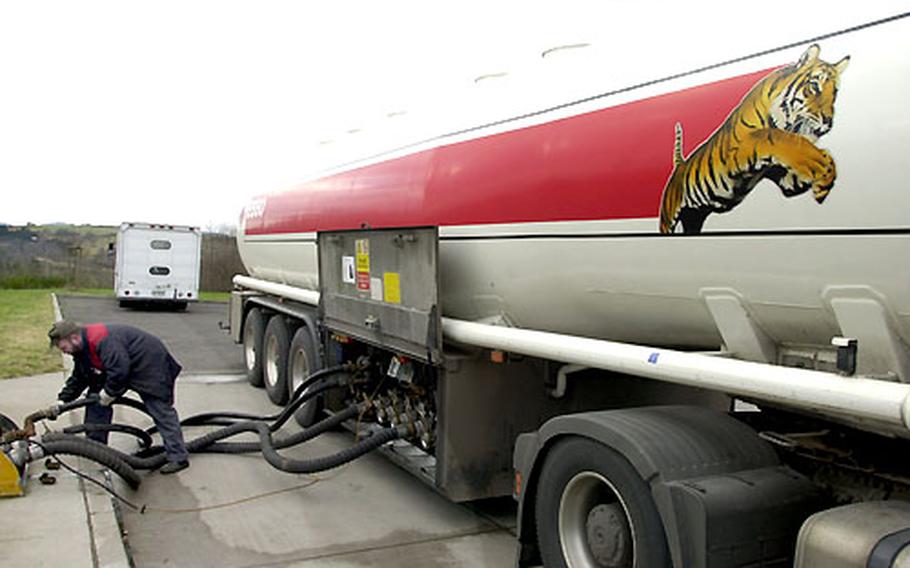 A German ESSO truck driver hooks up the hoses, ready to pump tens of thousands of liters of gas into the Baumholder shoppette&#39;s underground tanks. (Terry Boyd / S&S)

BAUMHOLDER, Germany &#8212; Gas prices at AAFES pumps are on the way up again.

All grades of fuel across Europe will cost an average of 7 cents more per gallon beginning Feb. 1, according to an Army and Air Force Exchange Service news release.

If interviews with about a dozen Baumholder drivers are any indication, few consumers will notice.

The only effect he foresees is that 7 cents more per gallon &#8220;might slow down the travel&#8221; around Germany in the family&#8217;s Jeep sport utility vehicle, said Sgt. Scott Crum, Headquarters, Headquarters Co., 40th Engineering Battalion.

A number of factors are forcing prices up, including possible market disruptions due to war with Iraq. In addition, striking oil workers in Venezuela and continuing cold weather on America&#8217;s East Coast are tightening oil supplies, according to the Lundberg Survey Inc., the Camarillo, Calif.-based newsletter that tracks petroleum industry trends.

The average weighted price for gas stateside, including all grades and taxes, was about $1.52 per gallon Friday, up from $1.50 on Jan. 10, according to the Lundberg Survey of 8,000 stations nationwide.

While prices at AAFES pumps are higher than those stateside, they&#8217;re a bargain compared to filling up on the economy.