AAFES garage at Mainz-Kastel to close 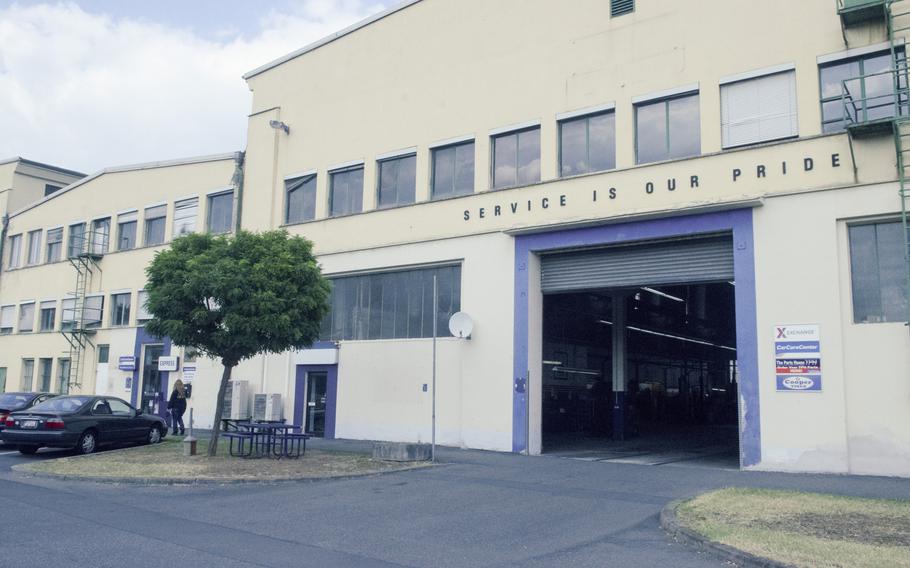 WIESBADEN, Germany — The Army and Air Force Exchange Service will close its car care center near the headquarters of U.S. Army Europe in Wiesbaden at the end of October, part of a consolidation process that will see most services moved to Clay Kaserne over the next several years.

U.S. Army Garrison Wiesbaden requested the move, according to AAFES, saying the facility used by the car care center in Mainz-Kastel is needed to house vehicle inspection and registration offices of the 405th Logistics Readiness Center.

Closing the car care center — which AAFES said generally handled nine to 15 jobs per day — will leave Army Morale, Welfare and Recreation’s Auto Skills Center as the only U.S.-maintained car care facility within a military community that is home to 13,600 servicemembers and civilians.

While most Auto Skills Centers provide work bays only for do-it-yourselfers, the Wiesbaden facility offers full service diagnostics, oil changes and tire and brake work by certified mechanics, with a set hourly rate in dollars.

“We believe the Auto Skills Center, which was chosen as the best medium-sized automotive skills facility in the Army last year, will be able to handle any additional customers,” USAG Wiesbaden said in a statement.

Not everyone agrees with that assessment.

“I think that the Auto Skills Center cannot handle the influx,” said Stephen Chadwick, a civilian contractor based in Wiesbaden. Servicemembers and civilians will suffer, he said, “because they’re no longer going to have somewhere they can go that speaks English, is in dollars, and is at a reduced competitive rate with what’s paid in America.” They may have to go to German service centers, encountering language barriers and likely higher prices, Chadwick said.

Rich Babcock, manager of the Auto Skills Center, said accommodations could be made for increased customer demand, such as scheduling oil changes and reserving bays for that purpose.