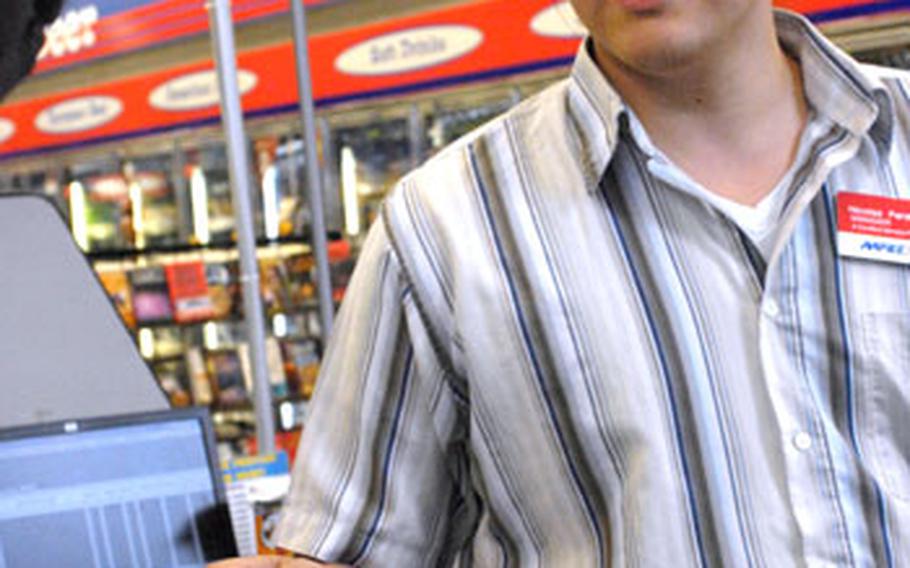 The Army and Air Force Exchange Service&#8217;s new fuel ration card system operated without technical glitches in its first 11 days, but that doesn&#8217;t mean there haven&#8217;t been problems.

By Wednesday afternoon, nearly 1,750 cards had been issued across Germany, according to Dave Mattingly, the card&#8217;s development coordinator for Installation Management Command-Europe.

In the first 10 days of operation, customers used the cards to buy fuel more than 2,170 times. That, AAFES and IMCOM officials say, is great news.

But a small number of transactions didn&#8217;t go through &#8212; or were refused &#8212; because of mistakes and misunderstandings resulting almost entirely from customer gaffes.

"We&#8217;re going through some learning curves and growing pains," Mattingly said. "You can&#8217;t anticipate all the things that could possibly have been misunderstood."

One customer attempted to buy gasoline with a diesel card he&#8217;d been issued for another vehicle, and his transaction was denied.

Even if they missed the media hoopla that preceded the card &#8212; which, among other things, included nearly a dozen Stars and Stripes articles, four hours worth of radio call-in shows and nearly nonstop fuel card commercials on American Forces Network &#8212; all had evidently been informed about the new system when they registered their vehicles.

It&#8217;s been the case since May 27 that anyone who registers a vehicle gets a credit card-like fuel ration card instead of an old-style checkbox ration card.

Community rollouts, which begin in July, only affect people who haven&#8217;t registered or re-registered their vehicles since the rollout began, Mattingly said. As most personnel assigned to Europe arrive in the summer it&#8217;s possible that a significant number &#8212; if not a majority &#8212; of drivers will be on the card before their community rollout.

By December, when Ramstein has its community rollout, Mattingly said he bets more than half the drivers there will already have fuel ration cards, "and if they&#8217;re thinking, &#8216;I don&#8217;t have to do anything about this until December,&#8217; that&#8217;s not correct."

Still, not all the mistakes and misunderstandings can be blamed on customers.

Esso stations in Heidelberg mistakenly snubbed the cards when they first hit the street, and some drivers&#8217; license plate numbers were entered incorrectly into the vehicle registry database, preventing them from accessing their online accounts.

Mattingly and Lt. Col. David Konop, an AAFES spokesman, noted that problems customers brought to the attention of IMCOM and AAFES were resolved the same day.

According to Mattingly, informal man-on-the-street surveys done in communities across Germany showed about 10 percent of drivers said they were aware of the fuel ration card. Only 1 percent of drivers had been to one of the numerous town-hall meetings about it.