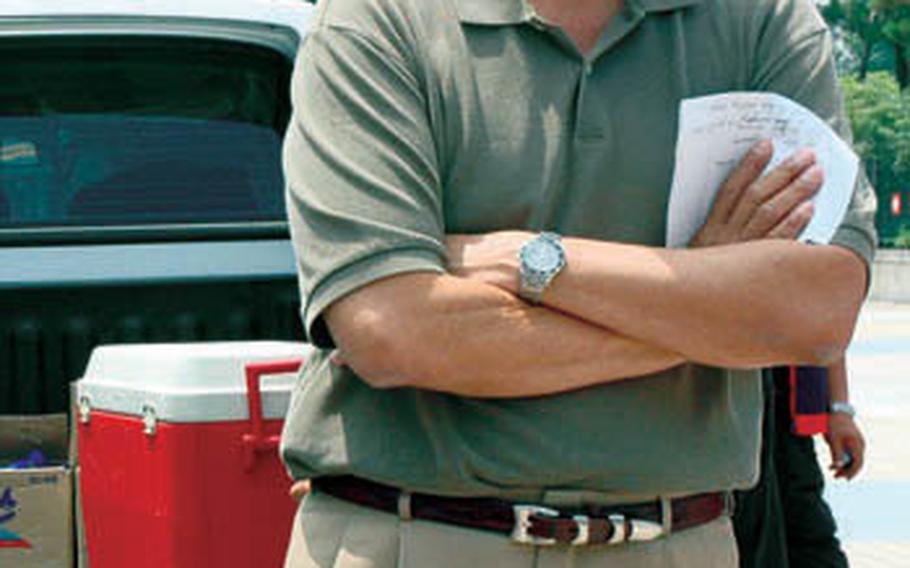 Clifton W. Choy, a former Army and Air Force Exchange Service official, died Aug. 29 in Hawaii of a heart attack. Choy had been investigated by the U.S. Air Force Office of Special Investigations for his alleged involvement in a South Korean bribery scandal involving the telecommunications firm SSRT, and at the time of his death faced possible further action by federal prosecutors. (Teri Weaver / S&S file photo)

PYEONGTAEK, South Korea &#8212; A former AAFES official who had been under federal investigation into allegations he took bribes has died of a heart attack.

SSRT chief executive Jeong Gi-hwan was convicted in December 2007 in Suwon district court on charges he paid $168,000 in bribes to help SSRT win and keep a lucrative AAFES contract to provide home Internet and phone services on U.S. military installations in South Korea.

While the Jeong trial was in progress, agents of the U.S. Air Force Office of Special Investigations began investigating the allegations against Choy and Holloway.

Last year, OSI forwarded its findings to federal prosecutors. To date, federal authorities have made no announcements in the cases.

According to death notices in the Honolulu Star-Bulletin and Honolulu Advertiser, Choy is survived by a wife, a son, two daughters, his mother and a brother.