A virtual world for veterans 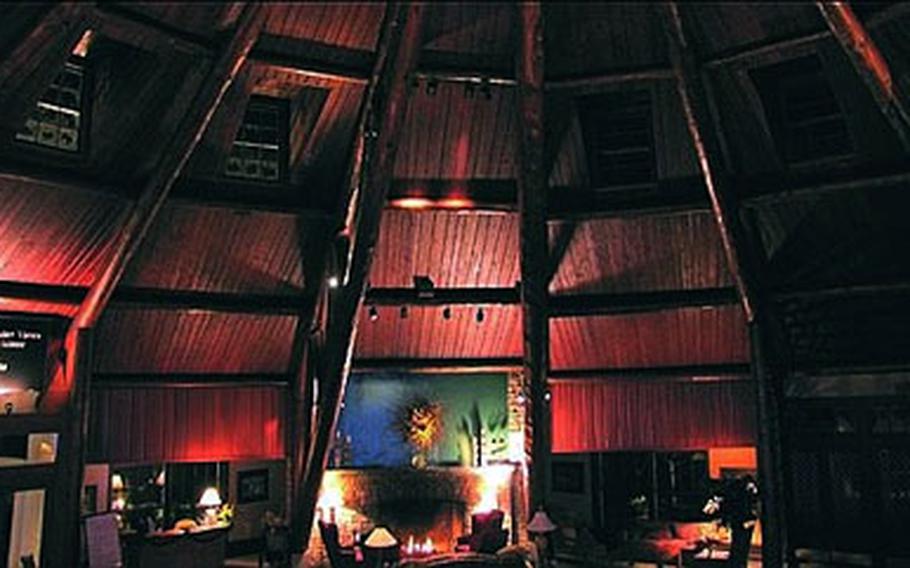 Screengrabs show the interior and exterior of Chicoma Lodge, the online retreat for veterans who play Second Life. (Courtesy of Institute for Creative Technologies, USC)

Screengrabs show the interior and exterior of Chicoma Lodge, the online retreat for veterans who play Second Life. (Courtesy of Institute for Creative Technologies, USC) 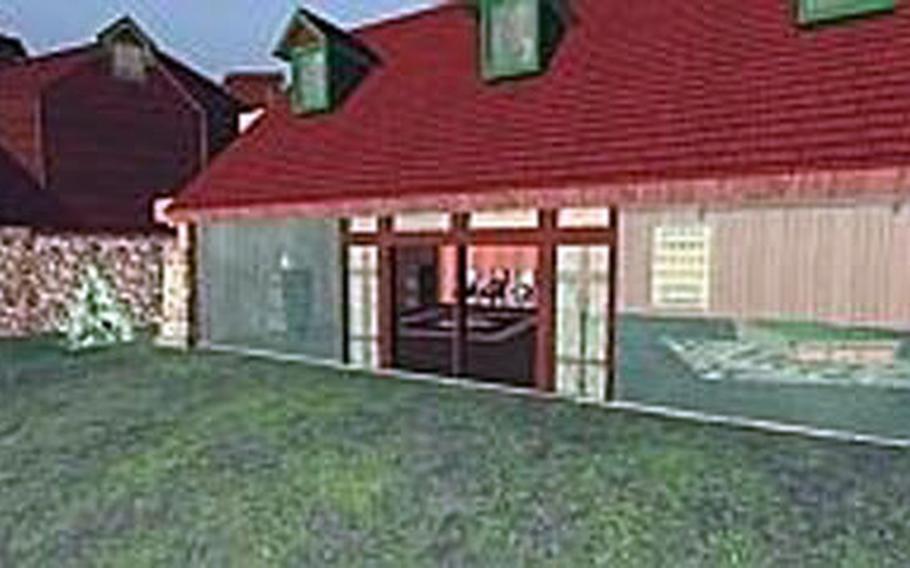 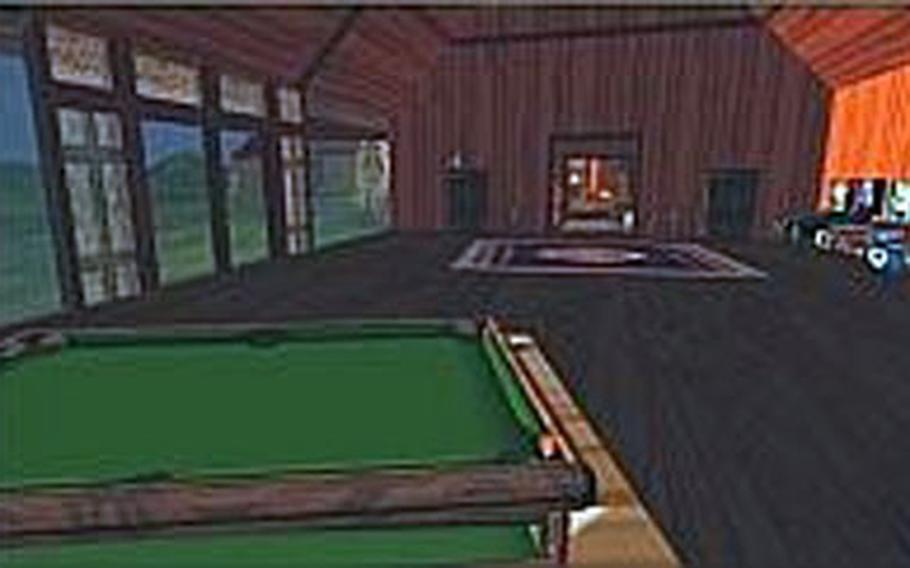 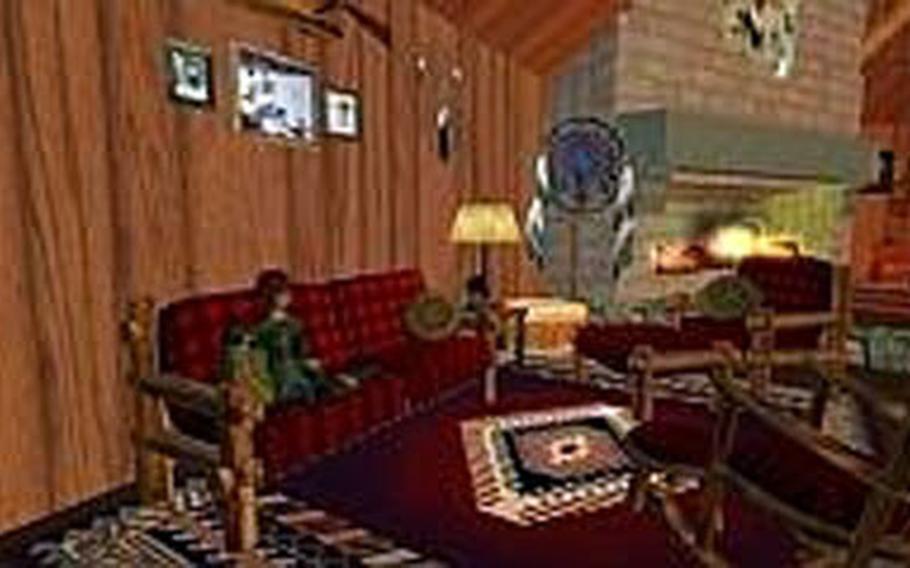 That&#8217;s what one researcher wants troops and veterans to do inside Chicoma Lodge, a virtual gathering spot on the Internet.

The lodge is the central point of "Coming Home," a project created by Jacquelyn Morie, who teaches at the Institute for Creative Technologies at the University of Southern California.

Morie is building the Chicoma Lodge inside Second Life, a virtual world on the Internet that allows people to meet, play games, shop, build dream homes, hike, vacation, play music, even date. Each person has a virtual self called an avatar that can roam from place to place to look for new activities and friends.

Morie had been researching Second Life, and she and a colleague came up with the idea for a virtual Veterans of Foreign Wars lodge more than a year ago. They wanted to make a space for troops who wanted to talk about their experiences &#8212; both deployed and at home &#8212; with others in similar situations.

"What if we built a center for them within Second Life?" she said of the idea. "We could sprinkle it with some gentle therapy for those who may have second thoughts about getting help."

"This project serves to provide an alternate outlet for returning veterans that can help them deal with reintegration into society," wrote John Hart, who works at the U.S. Army Research, Development and Engineering Command, in response to questions about the project.

Chicoma Lodge looks like a ski lodge, with rooms filled with pool tables, couches and fireplaces. But the lodge is only the beginning, Morie says. She&#8217;s working on a collection of games, similar to the multiplayer games also available on the Internet or through handheld devices.

But Morie wants the activities in Chicoma Lodge to help heal as well as entertain. The lodge includes yoga and martial arts. She&#8217;s working on programs for injured troops, who would be able to control their avatar&#8217;s motions on running paths by breathing into a microphone.

In the time that Morie applied for and won the project, a veterans group formed inside Second Life on its own, she said. Now she&#8217;s working with its 900 or so members to spread the word about the lodge and invite others to come inside.

Morie opened up the lodge on Second Life in late August, but only to a select group of vets who she&#8217;s been working with inside the virtual world. Once she has their feedback, she&#8217;s planning to launch it to the public in October.

Morie said she hopes to eventually have more activities for veterans in the lodge, including group therapy for those who want to talk.

Most people who use Second Life remain anonymous, relying on their avatar to explore new places and experiences, she said. That might make it easier for them to ask for help, she added.

"This is whole new territory," she said. "The best thing (for them) is a lot of group support."

To get started in Second Life, go to http://secondlife.com/.

To find out more, go to http://projects.ict.usc.edu/force/cominghome/.