A US soldier’s story links WWII, the Holocaust and immigration 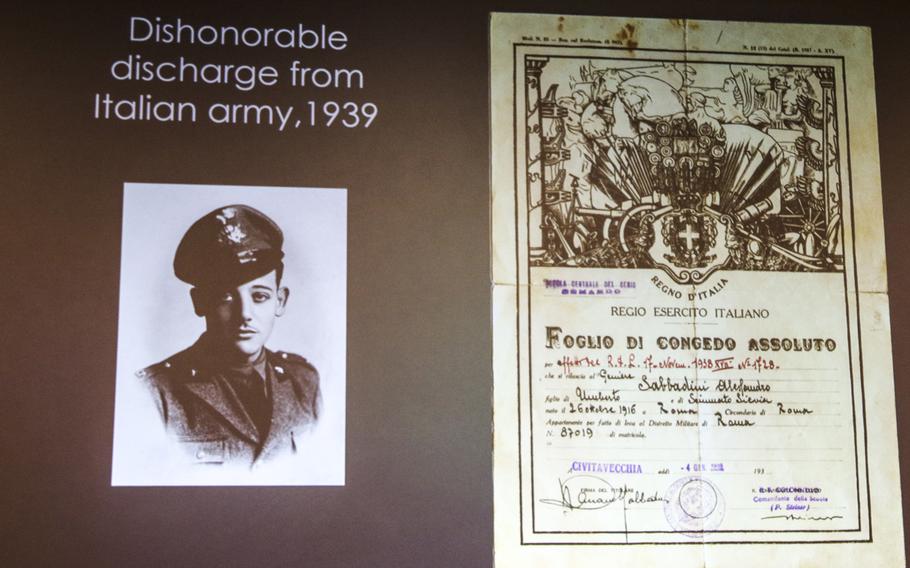 Alessandro Sabbadini, who was discharged from the Italian Army in 1939 for being Jewish, fled to America, joined the U.S. Army and worked in intelligence on the front lines in Italy during World War II. His son, Roger, a California physiologist and author, told the story with accompanying slides to U.S. Army Africa soldiers. ()

Alessandro Sabbadini, who was discharged from the Italian Army in 1939 for being Jewish, fled to America, joined the U.S. Army and worked in intelligence on the front lines in Italy during World War II. His son, Roger, a California physiologist and author, told the story with accompanying slides to U.S. Army Africa soldiers. () 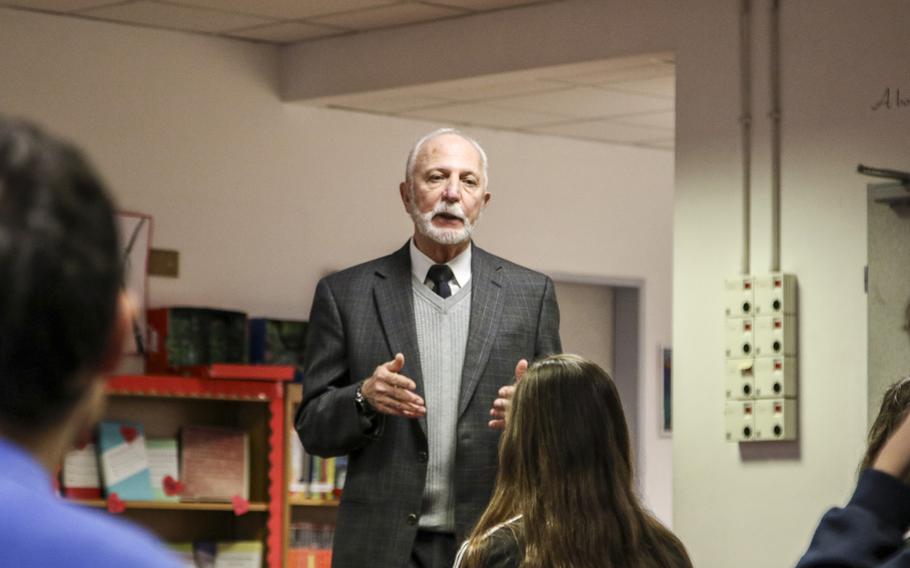 Roger Sabbadini, a California physiologist and author, told Vicenza High School history students the story of his father on March 15, 2018. Alessandro Sabbadini escaped Fascist Italy to fight with the U.S. Army in his home country. () 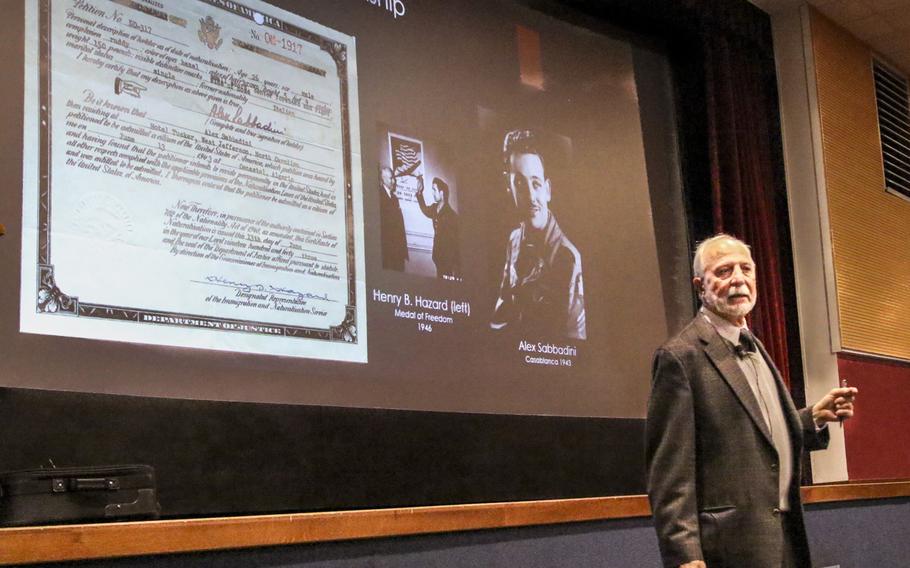 VICENZA, Italy — Alessandro Sabbadini was dishonorably discharged, his head shaved for extra humiliation, and jettisoned from the Italian army for being Jewish.

It was 1939. Italy the year before had passed its racial law that stripped Jews of their citizenship, property, livelihoods and ultimately their lives.

Sabbadini, using family connections and a knowledge of how to get around restrictive immigration laws, made his way to New York City.

It was only a matter of time until the U.S. would enter the war. Sabbadini planned to help the U.S. Army fight it.

He enlisted and spent most of the war doing just that, fighting in some of the Italian campaign’s fiercest battles. He spent four months fighting against the German artillery bombardment at Anzio, on the beach where his family had owned a summer house, and where 7,000 British and American troops were killed in action.

Sabbadini’s son, Roger, a California physiologist who wrote a book about his father and the Allies’ Italian campaign, gave a talk on Thursday at Caserma Ederle recounting the story.

“It connects Italy, World War II and the U.S. — our ideals,” U.S. Army Africa Sgt. Maj. Gonzalo Gonzalez in his introduction. “It’s an intriguing story and fascinating bond and the reason why we are still here on Italian soil.”

The Army rejected Sabbadini three times as an “enemy alien,” his son said, until officials decided that European refugees with language skills and cultural knowledge could be an intelligence asset. Sabbadini’s job was to accompany front line troops in Italy to seize, translate and photograph documents found at captured enemy command posts.

“Here’s a guy fighting Italians, fighting Germany, and he’s not a citizen,” Roger Sabbadini said. That changed after 1942, when the Immigration and Naturalization Service began to naturalize servicemembers.

Henry B. Hazard, INS director of research and educational services, performed more overseas naturalizations during the war than any other official. Hazard visited six continents to naturalize 6,574 servicemembers between 1943 and 1945. Sabbadini was one of them, in a battlefield ceremony.

Sabbadini eventually got to Rome and found that his family had escaped the fascists and the Nazis, either to other countries or by hiding in the countryside with the help of friends.

“Many Jews were able to find shelter with Italians,” according to Yad Vashem, the World Holocaust Remembrance Center. “The fact that the Allies were already on Italian soil and that their victory became a certainty probably played an important role in the willingness to help the persecuted. On the other hand there were also many cases of denunciations resulting in arrests.”

Sabbadini’s returned to the U.S. after the war, married and started a business. His story is really about immigrants, Roger Sabbadini said.

“Here’s an immigrant who did his job, he served in the military, he shed blood for his country. It’s the story of an immigrant doing well.”