A tireless volunteer, Sgt. Izzard credits his mother for his desire to serve 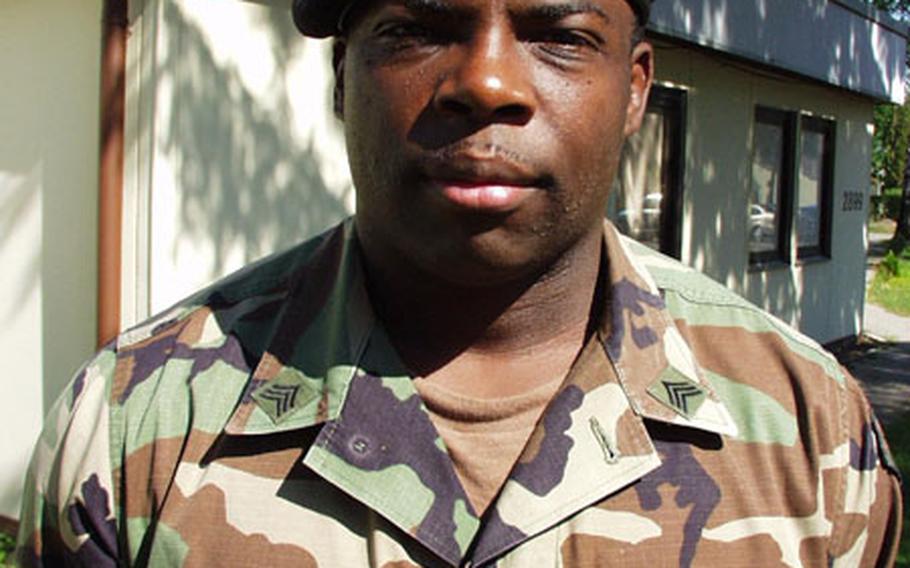 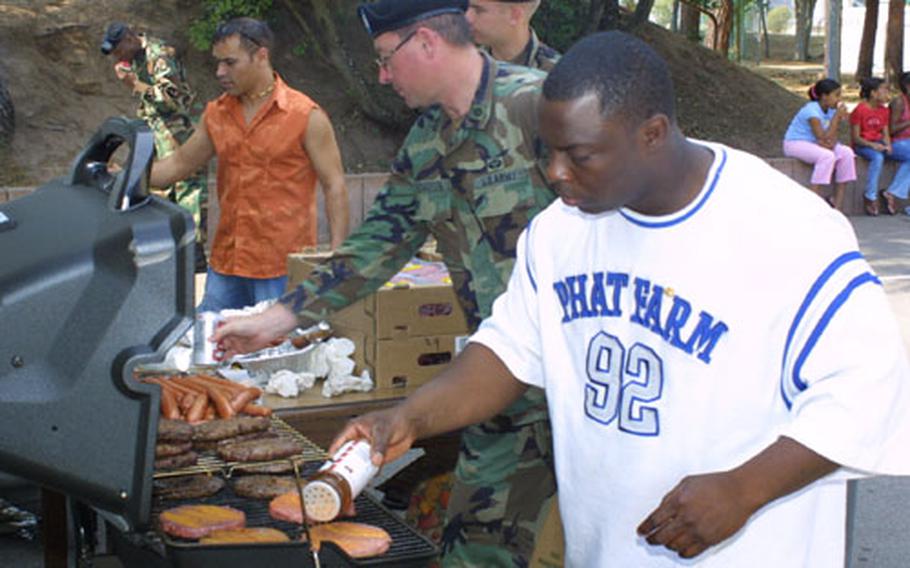 Army Sgt. Norm Izzard, in white cooking for the Kaiserslautern Middle School barbecue, is a well-known volunteer in the Kaiserslautern area. His official job is as the 415th BSB&#39;s installation coordinator. (Courtesty of Mike Bowers)

KAISERSLAUTERN, Germany &#8212; Even before Mother&#8217;s Day this year, Army Sgt. Norm Izzard had made a name for himself in the Kaiserslautern area because of his tireless volunteer work.

He was honored during Black History Month in February for his work as a youth sports volunteer, and he was named as one of the top 10 volunteers of 2002 for the 21st Theater Support Command.

But his Mother&#8217;s Day barbecue this May at Pulaski Park showed how truly committed Izzard is to helping others. He not only spent $600 out of his own pocket to pay for the food, beverages and entertainment, he took a part-time job stocking shelves at the shoppette to afford it.

&#8220;He did a tremendous job on the barbecue,&#8221; said Charles Lawrence, director of the Vogelweh Fitness and Sports office for 86th Services. Izzard had asked Lawrence&#8217;s advice on putting the event together and helps Lawrence at the gym, helping check out equipment and preparing playing fields.

Izzard, 33, said he has his own mom to thank for his desire to do good.

Izzard&#8217;s &#8220;day job&#8221; is as the 415th BSB&#8217;s Installation Coordinator, a job that entails controlling the Pulaski Barracks gates and coordinating building maintenance, among other things. He belongs to the 5th Maintenance Company, 51st Maintenance Battalion in Mannheim.

He said he spent 60 percent of his free time last year volunteering. He has worked for the past two years coaching flag football at Landstuhl. This year, he&#8217;ll be officiating at Landstuhl youth flag football games and coaching wrestling at Kaiserslautern High School.

&#8220;I have fun and enjoy myself being around kids and putting a smile on their faces,&#8221; said Izzard, who has two kids of his own.

Volunteers like Izzard are key, especially at a time when many die-hard helpers are deployed in Iraq and Afghanistan, said Thomas Dennis, Landstuhl&#8217;s youth sports director.

Izzard certainly has the personal credentials to coach and officiate wrestling. In high school in his hometown of Newport News, Va., he earned a college scholarship in the sport. But he opted to go into the Army instead of attending the University of North Carolina at Pembroke.

Once again, his motivation was his mother, who was on her own and needed his help.