A time to shine at Kaiserslautern 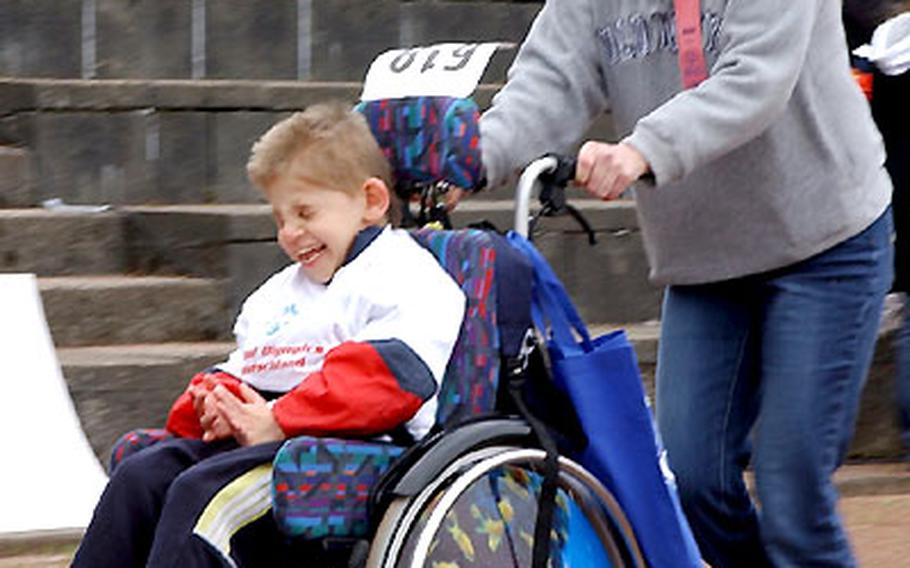 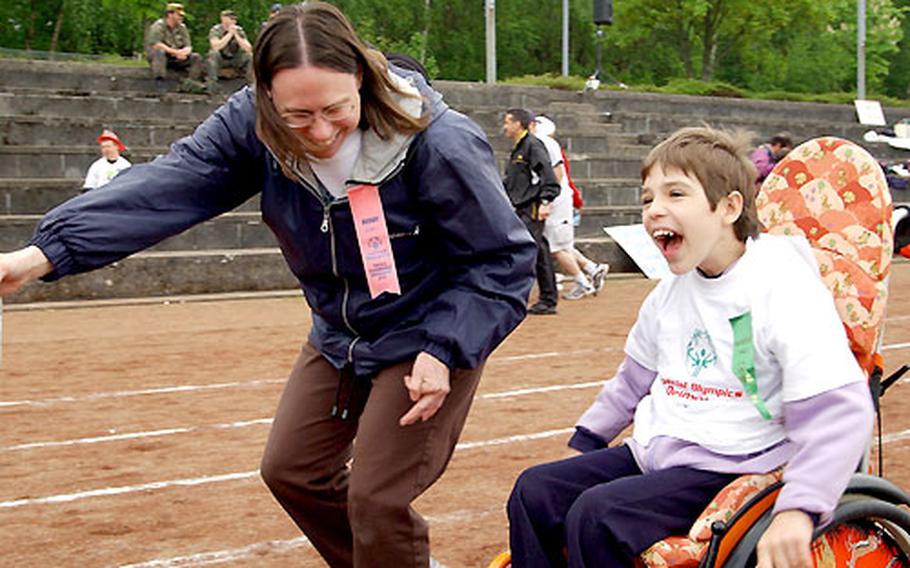 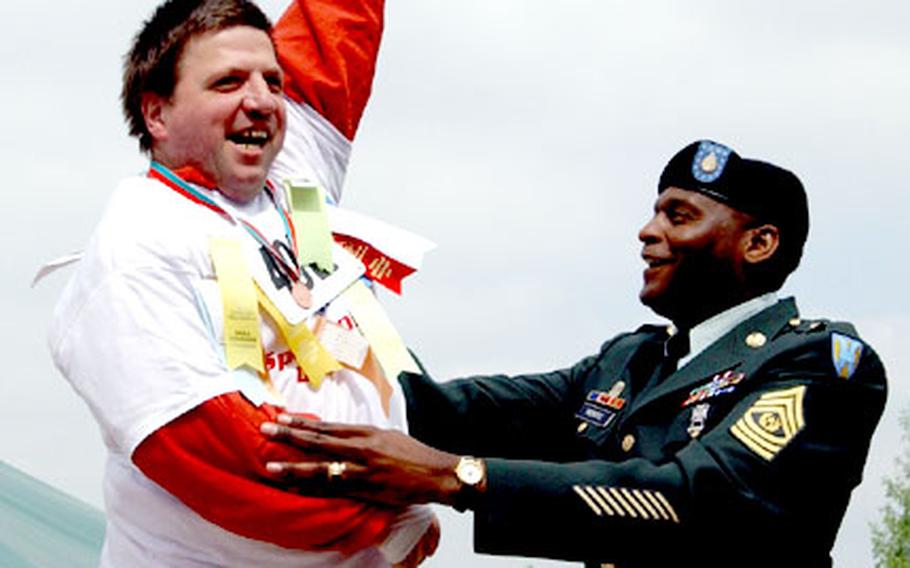 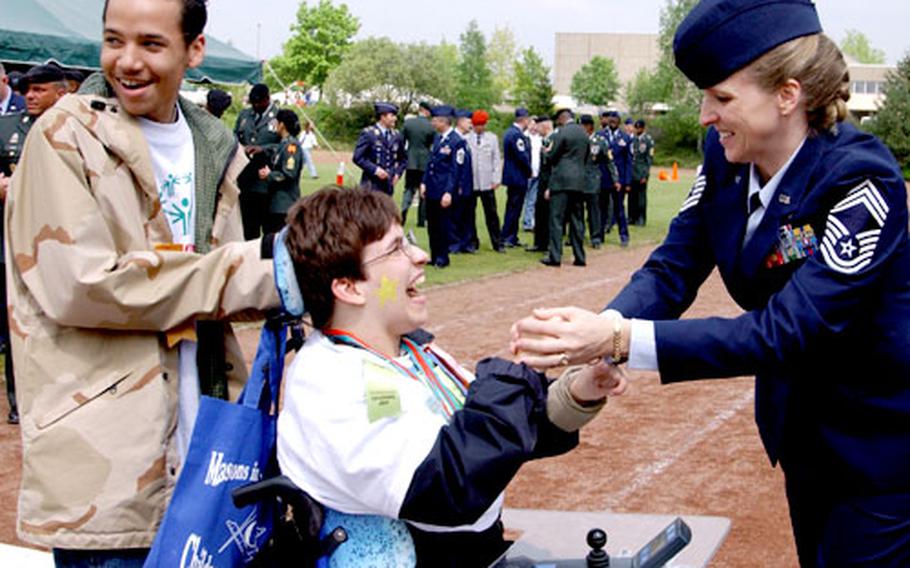 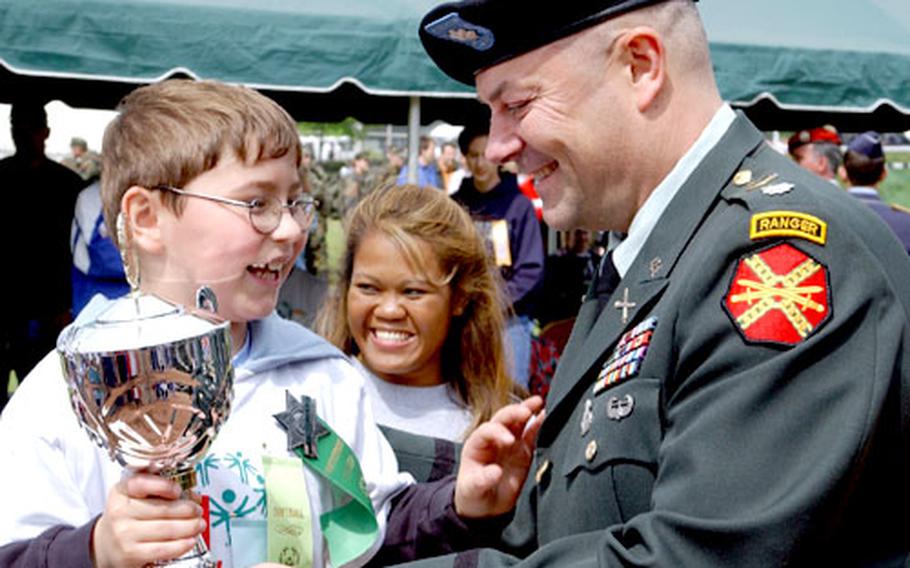 ENKENBACH-ALSENBORN, Germany &#8212; Entering the Air Force didn&#8217;t mean that Master Sgt. Simon McGinnis had to give up something he loved &#8212; helping special needs children.

On Wednesday, McGinnis was doing just that at the Kaiserslautern Special Olympics.

This year&#8217;s Kaiserslautern Special Olympics was host to roughly 760 athletes from 40 schools at the Rhineland-Palatinate Police Academy. The annual event, organized by Kaiserslautern&#8217;s 415th Base Support Battalion, is in its 21st year.

In a day tailor-made for them, athletes ages 8 to 70 competed or enjoyed the activities in the Olympic Village, which included an arts and crafts tent, live country music and square dancing.

McGinnis was one of 1,400 volunteers at the event and, as a Special Olympics buddy, escorted Sascha Mueller-Emmrich from one event to another. In addition to U.S. servicemembers, several German army soldiers served as buddies.

&#8220;There are no losers, but I have to say that some of our athletes are very competitive with what they do and will compete nationally, internationally and train year-round,&#8221; said Alicia Cortez, Special Olympics event coordinator.

Patricia Ruthberg, who accompanied her 10-year-old daughter, Stefanie, to the Special Olympics said that the friendly competition is what the event is all about.