A tighter, better base 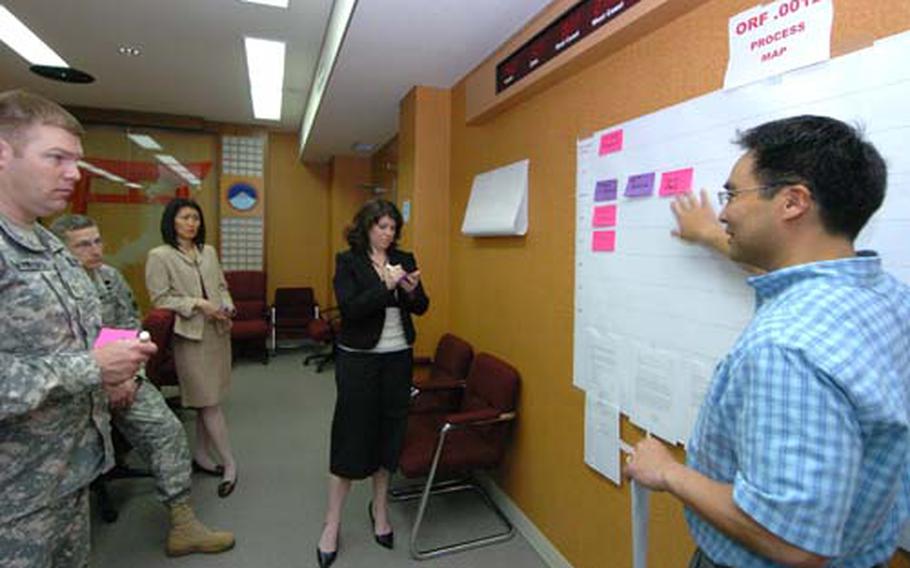 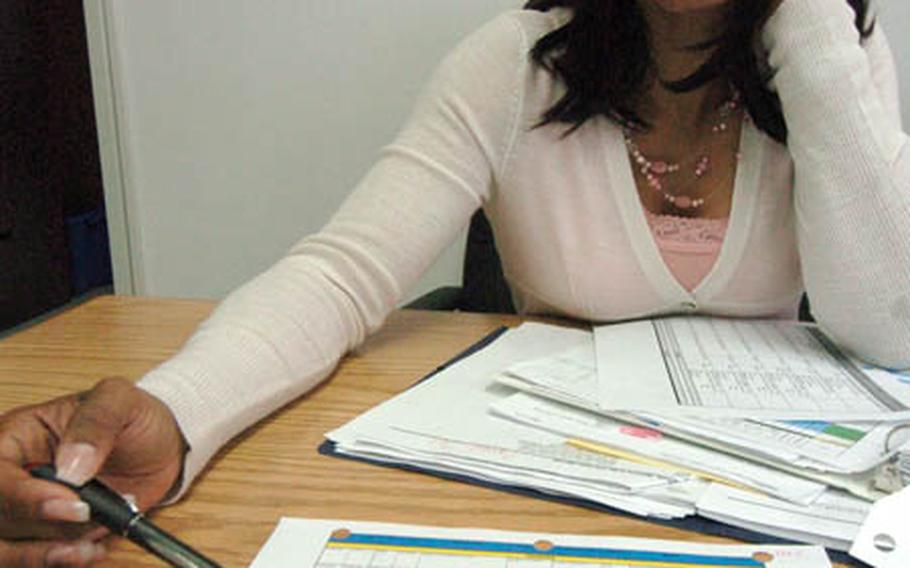 To say they sit around staring at an assembly line might be a bit of an exaggeration, but they are looking for kinks in the system.

At Camp Zama, these Lean Six Sigma specialists have been weeding out the costly and time-consuming aspects of base processes for the past three years.

Their list of achievements is varied and ranges from reducing paper trails and time spent on the phone to simplifying the errand-running processes for base vehicles and replacing water heaters with air conditioners.

Removing the unnecessary links from any of these chains equates to cost savings or the equally-valued "cost avoidance" &#8212; money that would be spent if a certain flawed procedure is not changed.

The step-by-step approach they use to change processes is always the same. It involves defining the problem, collecting and analyzing data, creating a plan of action, and monitoring any changes made.

The fruits of the methodology have been easy to spot for U.S. Army Garrison-Japan. The garrison recently honored more than 70 Japanese employees who saved nearly $2 million working in teams with about 20 garrison green belts.

"All the people who do these programs, it&#8217;s not an extra duty," said garrison management analyst and green belt Maloria Thomas. "They volunteered to become a green belt to do these projects."

Thomas said that while department directors often enlist the green belts help to improve efficiency, the green belts themselves "are always on the lookout for possible projects."

Current projects on the garrison slate run the gamut. They include improving the service at the golf course restaurant, reducing the cost of carnival fun bouncers and improving the English-training processes for Japanese master labor contractors.

U.S. Army-Japan Lean Six experts have to be more creative than their garrison counterparts to pinpoint process effectiveness since the USAR-J doesn&#8217;t have as many countable, physical resources.

One example is the importance USAR-J places on its bilateral engagement program, which includes Camp Zama open-base events like the recent Cherry Blossom Festival.

"We had 22,000 people come in the gate for the Cherry Blossom Festival. How many smiled? How many didn&#8217;t? Is that a potential measure of success? That&#8217;s the challenge for trying to define effectiveness," said black belt Ed Toma, who works in USAR-J&#8217;s comptroller office.

To try to identify aspects that are more easily measured, Toma arranged a meeting with various department representatives Tuesday. It could hardly be called a briefing.

One by one the department heads stuck sticky notes on a sheet of construction paper to map out planning steps that were taken for past bilateral events. The visualization helped everyone identify the links in the chain that were previously hard to see.

"None of this is rocket science," Toma said of using Lean Six. "I&#8217;m just trying to pull everyone together. You want them engaged. You want them to be thinking. They&#8217;re the subject matter experts."

Toma said the method has contributed to nearly $200,000 in cost avoidances for USAR-J over the last year, mostly due to improved management of man hours.

Both Toma and Thomas agreed that the biggest strength of the program is its facilitating role.

"As a facilitator, our goal is to be able to ask those questions to the subject matter experts that need to be asked in order to address what we&#8217;re trying to address or improve," he said.